Descartes Labs has joined hands with the Trust for Public Land (TPL), a nonprofit organization with a mission to create parks and protect land for people, to identify lower-income and at-risk urban areas of dangerous heat levels through analysis of over 15 petabytes of satellite imagery.

Descartes Labs Platform and Python API expose satellite imagery and other geospatial data, enabling quick access to analysis-ready data. This is accomplished through the cross-sensor atmospheric compensation algorithms and cloud-masks which significantly improve the experience of working with various satellite datasets.

Utilizing Descartes Labs Platform and Python API, the TPL is able to process each city in seconds instead of hours or weeks, allowing them to process 14,000 cities in the US versus just the 100 largest urban areas that TPL was able to process prior to the partnership.

“Our partners at The Trust for Public Land (TPL) have been working to provide relief from heat islands and related environmental issues in urban communities since 1972, securing and protecting access to 3.3 million acres and creating 5,400 parks and natural places to allow urban residents to escape the built-up world and recharge within native environments”, says Alex Diamond, Product Marketing Manager, Descartes Labs, in an exclusive interview

Tell us more about the terms of the partnership and how would the APIs help in improving access and identifying vulnerable communities?

Descartes Labs is proud to contribute to these efforts by supporting The Trust for Public Land’s Climate-Smart Cities™ program with access to our Descartes Labs Platform.

Our Platform and Python API, with 15 petabytes of geospatial data, are helping scale the production of critical urban heat island raster data and maps behind ParkScore® and ParkServe™, two key components that help improve access to parks in cities, towns, and communities nationwide.

Prior to partnering with Descartes Labs, The Trust for Public Land only had the computational power to diagnose the risk of dangerous heat levels in the 100 largest cities in the US. Utilizing Descartes Labs’ Platform and Python API, TPL can consolidate a handful of time-consuming steps to produce urban heat island raster data. The Platform and API analyze 15 petabytes of geospatial data through satellite imagery allowing TPL to process cities within seconds versus the hours or days it used to take them. Since partnering with Descartes Labs, TPL has been able to analyze 14,000 cities in the US, giving them larger insight into heat islands and where green spaces need to be developed.

What are the datasets that you use and what are its main advantages?

Do you use Machine Learning algorithms in processing this data?

Machine learning isn’t necessary in this case because all of the processing is performed statistically, which actually helps with the explainability of the model. Landsat data is converted to temperature on a pixel-wise basis rather than asking a machine to “learn” differences in temperature, which would be overkill in terms of computational processing and would abstract away the logic behind the process. This is a more straightforward way of accomplishing this specific task.

As mentioned above, the Descartes Labs Python API allows TPL to feed pixels, rather than whole Landsat scenes, into the urban heat island development process. Filtering pixels by date, cloud-free percentage and temperature, allows for a smoother process eliminating the need for humans to select the appropriate Landsat images.

In the future, one way The Trust for Public Land is considering using the data would be to go back multiple years and see how effective their parks were at actually mitigating heat islands. The impact may not be noticeable immediately, but by using the Descartes Labs platform, it’s possible to perform these analyses and go back in time as many years as necessary to see the result of the change.

Any similar partnerships that Descartes Labs is looking at?

Descartes Labs would like to continue to support The Trust for Public Land in accomplishing its mission through the continued use of the Descartes Labs Platform for similar projects that involve large scale spatial analysis. One way to do this would be to support ongoing updates to the urban heat island dataset and to see how heat-islands have changed over time in response to changes in the built environment (e.g. more parks and green spaces). Since the imagery within the Descartes Labs Platform is always being updated, this means The Trust for Public Land can run the urban heat island process regularly to refresh the output on a regular basis (annually). Descartes Labs is also proud to support other geospatial science efforts by TPL to address the need for parks in urban environments. 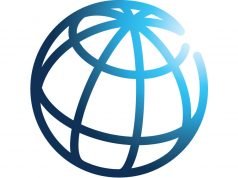