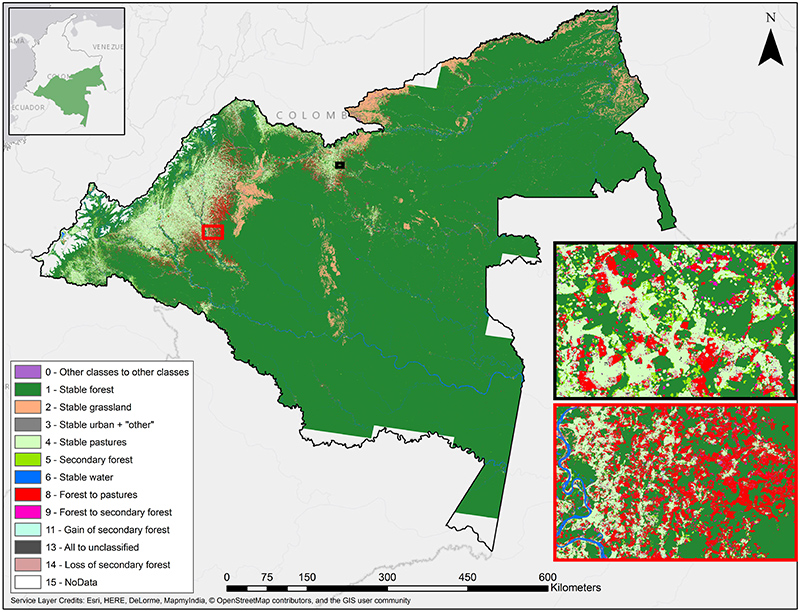 A team of researchers at the Boson University is using satellite images to measure deforestation around the world. But “the big issue is tracking deforestation in tropical countries,” says Pontus Olofsson, who is a research assistant professor at the University’s earth and environment department.

Olofsson has studied land-cover change for years. For the research, he gathered thousands of the Earth images taken by the United States’ Landsat satellites that were published in the Environmental Research Letters in the May 2016 survey.

Now, with advanced remote sensing researchers and government officials can monitor deforestation almost in real time. “We can track each pixel in time and see what’s happening to the land,” says Olofsson.

Began in the 1970s, and inspired by photographs of Earth taken during early manned space missions, the Landsat program launched the first civilian satellite to take photos of Earth’s surface in order to study it.

To see how the forest has changed in the New England, Olofsson and his collaborators used a technique called a time series analysis. Conventional wisdom held that New England had regrown much of its forest after the Industrial Revolution diverted people away from farming.

But when the scientists analyzed images of Connecticut, Rhode Island, Massachusetts, New Hampshire, Vermont, and the lower, most populous, third of Maine, they saw that the region had been deforested over the past 30 years. Although the overall forest loss was only 3 to 4 percent, it was still unexpected. Much of the forest was replaced with residential homes and other urban development, like industry, golf courses, and landfills.

A decade ago, it would have been impossible for most researchers to discern so much detail. The United States Geological Survey only made the data from Landsat open-source and free to the public in 2008.

BU PhD student Paulo Arevalo (GRS’19) works with Olofsson, focusing on forest change in his home country of Colombia using data from the mid-1990s through the present.

Being able to monitor deforestation in greater detail with time series analysis has allowed him to see patterns of land change that had never been explored in depth before. For example, in the Colombian Amazon, he found that communities would clear a portion of forest for subsistence agriculture, then abandon it and move on.

If left alone over years, the cleared patches can regain their forest cover. However, previously farmed patches of vegetation are likely to be occupied by other communities who might clear the land again. Both patterns can be seen in Colombia, but deforestation is more prevalent and damaging.