India is all set to get its much-awaited National Geospatial Policy. Department of Science and Technology (DST), which is the nodal agency on geospatial science and data, has almost finalized the draft and will release it in public domain soon for inviting comments. One-month time will be given for public comments, following which the policy will be finalized within the next six months after incorporating the opinions.

Revealing this on the sidelines of a seminar organized by the Association of Geospatial Industries in New Delhi today, Dr Bhoop Singh, Head of NRDMS and NSDI, Department of Science and Technology, Government of India, added that the DST taskforce working on the policy had detailed consultations with all stakeholders including defense, industry and academic institutions. As many as 23 government agencies were consulted during the drafting process. “The draft has been finalized. We are working on the editing part and within a fortnight it will be released on the DST website for seeking public opinions.”

DST has been partnering with the Department of Space, Survey of India, Ministry of Electronics and Information Technology, National Informatics Centre (NIC) and the Deputy NSA Office in drafting this policy for some time now.

Absence of a comprehensive policy on the use of geospatial data and technologies had been a contention for the country for some time now. While the central government has mandated the use of geospatial data in developmental activities, especially in 140+ projects, wherein the departments concerned had been asked to closely work with ISRO and its data centre NRSC, a number of old obsolete policies had been hindering the efforts. The National Map Policy 2005 and the National Remote Sensing Policy 2011 are both restrictive and outdated, and overrun by security concerns. Further, at present there are no clear-cut guidelines on data sharing or standards.

The need for a National Geospatial Policy was felt to address these needs and to encourage private players to participate in large-scale mapping of the country. It seeks to put in place appropriate guidelines to address all issues related to sharing of maps and other spatial data. “We have to take a holistic view and harmonize all the existing policies with the new policy,” says Dr Singh.

The private sector has also been consulted during the drafting process. “In India, there is huge scope for the private sector which is capable of developing applications and undertaking research. We also see a lot of scope in the private sector for implementation of government schemes. Working in the PPP mode will give a lot of business opportunities,” he added.

Balance between development and national security

It may be recalled last year, the Geospatial Information Regulation Bill mooted by the Ministry of Home Affairs had drawn a lot of flak. While sources that time maintained that the DST was not even consulted before the draft was suddenly released in public domain, the government had quietly taken it back and there has been no further work on that.

The NGP, Dr. Singh maintains, will have a fine balance between developmental activities and national security.

In addition to them being outdated and restrictive, Dr Singh highlighted another limitation to the existing policies. The National Map Policy, the National Remote Sensing Policy or even the National Data Sharing Policy (NDSaP) do not have any provision to address the violation of the map policy, depiction of wrong maps on open sites and showing sensitive locations. He said the NGP would address all these issues and be a harmonization of these existing policies.

While the geospatial industry largely looks upbeat about the policy, there is also a feeling that unless there is a change in outlook in the country not much will change. “A policy can only suggest, unlike an Act which mandates. We need a total overhaul of the mindset and system to bring in a change,” said an industry player while requesting anonymity.

To address the issue, the AGI seminar, chaired by AGI president Sanjay Kumar, passed an unanimous resolution for setting up a National Geospatial Strategy Taskforce. It was proposed that the taskforce, which would address the issue of not only an integrated policy but also a comprehensive strategy to encourage the uptake of geospatial technologies in India, have four equal stakeholders — government departments involved in primary data production, users (including governments and private industry), the academia and the geospatial industry.

While NGP is expected to address the issue of an integrated policy, the need for such a taskforce has been felt because there is a clear lack of awareness in general, hesitating in opening up data by the government, and also much work needs to done in the area of capacity development.

Kumar set the tone of the seminar early on by highlighting the use and benefits of geospatial data and technologies, and the contributions they were making in economies of various countries.

In his address, Dr. G. Satheesh Reddy, Scientific Advisor to Defense Minister, agreed that opening up of data was important for economic growth. He said any policy in this aspect needed to keep a balance between national security and industrial growth.

Rajesh Mathur, Chairman, FICCI Committee on Geospatial Technologies, pointed out that even if we have a very liberal policy, the landscape in India currently is not aligned to taking advantage of that. “There is a clear lack of awareness by users. There also needs to be a focus on capacity development as we don’t have enough trained human resources.” 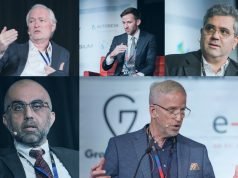 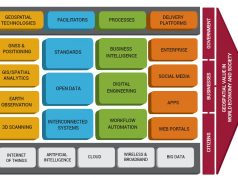