NASA and ESA have recently entered into a strategic partnership to observe Earth and its changing environment. The two Space organizations will work together to assess the impact of climate change, in the wake of extreme weather events that continues to affect millions of lives and livelihoods across the globe. The partnership is an effort to address and mitigate the climate crisis through earth science observations and research.

According to an analysis by National Oceanic and Atmospheric Administration (NOAA) scientists, 2020 was the second-hottest year on record for the planet, just behind 2016. The average land and ocean surface temperature across the globe last year was 1.76 degrees F (0.98 of a degree C) above average, only 0.04 of a degree F (0.02 of a degree C) cooler than the 2016 record. Further, the Northern Hemisphere saw its hottest year on record at 2.30 degrees F (1.28 degrees C) above the 20th-century average. It is no secret that climate change induced events have severe economic repercussions. A report by Christian Aid titled Counting the cost 2020: a year of climate breakdown identifies 15 of the most destructive climate disasters of 2020 that led to global losses running into billions. Ten of those events cost $1.5 billion or more each, with nine of them causing damage worth at least $5 billion. Most of the estimates are based only on insured losses, which means that the actual cost of each event could be a lot higher.

What will the two Space organizations do?

NASA and ESA will collaborate and ensure continuity of earth observations, advance understanding of the earth system, climate change and application of that knowledge. Both the organizations already collect a vast amount of information relating to the planet. NASA and ESA have a long and successful history of working together to understand climate change. In 2020, NASA, NOAA and European partners, including ESA, launched the Sentinel-6 Michael Freilich satellite, which is collecting accurate data on global sea-level to assess how oceans are rising in response to climate change. The mission is to collect data of atmospheric temperature and humidity that will help improve climate models and weather forecasts. “The Space organizations are leading a way in space, building an unprecedented partnership in Earth science and this agreement will set a standard for future international collaboration, providing an information that is essential for tackling challenges posed by climate change,” NASA Administrator Bill Nelson was quoted as saying in response to the latest partnership.

Saving the planet from Space

The consequences of a warming climate are far-reaching, and can affect our freshwater resources, lead to rise in sea levels, and cause extreme weather events. Scientists and decision-makers need reliable data to understand how the planet is changing. Earth observing satellites have been providing that data for more than three decades now, but a lot more needs to be done to save the Earth from further catastrophes. The NASA-ESA collaboration is a small step in that direction. 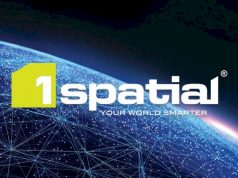