On 30th March 2020, Exotrail announced the official release of its cloud-based mission design software, ExoOPS – Mission Design. CEO David Henri explains how it is applicable to non-expert users as well.

After extensive testing, ExoOPS – Mission Design has now become available for customers. Following an extensive software validation process, the software development team of French company Exotrail has been enhancing and adjusting ExoOPS – Mission Design based on feedback collected from satellite and constellation operators, integrators and space agencies. Following the recent announcements about ExoMG, Exotrail’s electric propulsion system for small satellites, Exotrail is moving forward with its family of Mission Design and Operations software.

Exotrail’s mission is to deliver agility to the space industry. This French company enhances constellations of small satellites by optimising launch strategies, improving resolution, coverage, lifespan and overall performance while also providing sustainable solutions that do not add to existing space debris. They do this by providing advanced electric propulsion solutions and mission design software for small satellites. Exotrail has raised more than 6 Million Euros to date and employs 25 people in offices in Massy and Toulouse in France.

“We are not a classic propulsion system provider”, CEO David Henri explains. “We are a global satellites transportation solutions provider. We have three missions: optimize launch scenarios of small satellites, enhance their performance and reduce space pollution. For this, we believe that providing high thrust and scalable electric propulsion systems are only parts of the solution. Another part is implementing propulsion in use cases of customers to help them save millions of dollars in launch costs. At the same time gaining in resolution and bandwidth, avoiding collisions and deorbiting spacecraft. It’s also helping them designing advanced maneuvers with propulsion and automate these maneuvers. With this product release, we prove that we are not just an equipment provider. We are a company delivering the value that comes with propulsion directly to operators. If you have a problem where propulsion can be a solution, come and see us. We will help you.”

This has a certain number of implications: what propulsion system I should choose? How do I optimize my launch scenario? What will be the impact of propulsion? Henri says: “We have the knowledge to answer all these questions, but for two reasons we decided to go with a software approach. The first one is that this way, we guarantee that the answer is neutral. The user of the software is performing the analysis – not us. And our models are available within the documentation – and they are checked against other flight dynamics models. Due to that we are technology-agnostic and can run analysis on different propulsion technologies.”

Henri continues: “The second reason is that, in the end of the day, most of the customers we are talking to have the same questions. How long will this mission last? I have five different launch orbits, six different final orbits, three different power systems, five different propulsion systems – that’s 450 different scenarios to compute and every single one requires two hours of my engineers. How can I do that simply? What should be the attitude control flight plan to accommodate the propulsion system? ExoOPS – Mission Design is the answer to all that. And our ExoOPS – Operations software encapsulates all the flight dynamics functionalities of ExoOPS – Mission Design into our customers’ mission control center.”

Exotrail puts space mechanics and constellation optimization software in the hand of non-experts. “ExoOPS is easy to use, even by non-experts. As I say to everyone, one proof is that even I can use it. There are a lot of flight dynamics software products out there that simply cannot be used if you don’t have an advanced degree in space mechanics. Plus: the software is expensive and the cost of the engineer using it is expensive. We want to make propulsion easy for our customers. Eventually, it will shift their position to massively adopt propulsion. And then, if they want detailed analysis, we also have a service offer to help them go beyond the capabilities of our software. They can take advantage of the massive space mechanics experience that our team has. We have done this for customers in the past and we will continue doing so.”

Lots of efforts in the sat tech industry go in maximizing the percent coverage and minimizing the revisit time for small satellite constellations with limited coverage. ExoOPS allows the user to simply design a constellation geometry and get its performances. This includes revisit time, latency and age of information, among other things. Henri explains: “The approach we have with all the functionalities, is to adapt the level of precision depending on the phase of the project. We found out that often, customers prefer having a +/- 10% precision result within minutes, then a +/- 1% precision result on the area of analysis/interest they have selected also within minutes, rather than a +/- 0.1% precision for all scenarios within weeks. We go step-by-step and create simple analytical models when numerical ones are not necessary. This is in order to compute thousands of scenarios very quickly.”

Different launch strategy options exist. One can choose direct injection or use transfer orbits and either dedicated or shared with another user. “Constellation operators often think that they have the choice between unprecise/ cheap rideshare rockets, or precise/ expensive dedicated launchers,”, says Henri. “We are here to explain that there is a third way: both precise and cheap rideshare launch with propulsion after. Multiple launchers with different launch dates, and different propulsion systems, can be put as an input on ExoOPS. Then the software will run hundreds or thousands of different launch scenarios, with an optimization algorithm that will minimize a constraint that can be cost, time to total deployment, etc. With this they can very simply get access to an optimal launch scenario: without the need of dedicated consultancy. But if they want some advice, we can give them.”

Most satellite missions require orbital maneuvers to accomplish its goals. An orbital maneuver is an operation where the orbit of a satellite is changed, usually applying a type of propulsion. The maneuvers may have several purposes, such as the transfer of a satellite to its final orbit, the interception of another spacecraft, or the adjustment of the orbit to compensate the shifts caused by external forces. In this situation it is essential to minimize the fuel consumption to allow a greater number of maneuvers to be performed, and thus the lifetime of the satellite can be extended.

Optimization with a numerical tool

A satellite can use propulsion for various missions: plane change, orbit raising, station keeping, collision avoidance, deorbitation, etcetera. When one uses electric propulsion, the design and the optimization of the maneuvers become complex. It requires advanced algorithms. David Henri agrees on this and elaborates: “When you factor in that often, small satellites only have low power available, and hence that the propulsion system will have to be cycled, the software currently available on the market simply could not optimize the maneuvers correctly. Now, ExoOPS allows you to do this optimization with a numerical tool. And all of that is doable by non-experts! There is no need for an advanced degree in space mechanics. This is one of the key new features that we bring to the market.” 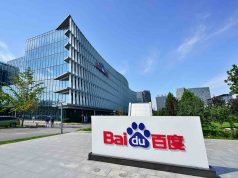 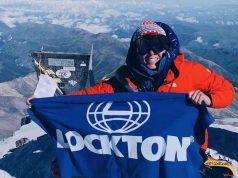