On 8 February 2015, Google Maps turned 10! On that day, it promised to “navigate uncharted territory, together with its users, in the next 10 years in pursuit of the perfect map”. Only a few days before, enterprise users who anticipated some wonderful product updates on this occasion, realised that they had to actually chart out unanticipated courses moving forward.

From its launch in 2005, to the acquisition of Skybox Imaging in August 2014, to its more recent content update with 45-degree imagery of about 120 cities across the world – it looked as though Google Maps Engine was on the perfect road of product improvisation and innovation until an email announcing its deprecation in January 2016 landed in the mail boxes of its users!

The Maps Business Unit of Google, which was providing consumers and businesses focused mapping services, is moving forward with a focused approach with respect to enterprise users. As part of this, for reasons clearly unknown to the public, Google is retiring its geo-products – Google Earth Enterprise, Google Maps Engine and Google Maps Coordinate. Table 1 gives the list of geo products from Google that are set for execution.

Why did Google make this move?

Industry analysts opine there could be multiple reasons for the move. According to a Google employee who did not want to be quoted, one of the challenges was related to the sales and project turn-around times of products like Google Earth Enterprise. According to the official, quarterly revenues matter to Google, as they do for any listed company, and it does not find significant business returns from license sales vis-a-vis the significant ground staff required for marketing and business development efforts worldwide. So, Google is happy serving enterprises which are interested in using Google Maps technology through a pay-as-you-go API based Cloud model. Google’s email to its customers also confirms this point.

Google sees more sense in scaling up its geo business on API-based business model. The numbers from Google provide clear evidence to this, whose more than one million active sites and apps reach one billion unique visitors every week – nearly half the unique visitors on the entire Internet.[iii] In fact, according to Programmable Web, Google Maps API continues to be #1 mapping API with respect to factors such as popularity, potential, documentation, ease of use and functionality.[iv]

Another reason why Google is consolidating its resources could be its focus on technologies such as Semantic Web and Knowledge Graph. According to Parse.ly[v], Google is a leader in search with 35% of referral traffic during 2013-14. But during 2014, it saw a 10% rise in the traffic of social networks as compared to 2013. So, to strengthen its search products over the Web, it is now integrating the concepts of Semantic Web not only into search but also in to Google Maps, which now have Knowledge Graph results. A senior Google employee confirmed this as the official line of innovation for Google Maps. With more websites enabling schemas, Google Maps and other Google products would be able to understand users’ queries and their context with respect to the information that’s on the Web better and intelligently connect the two. 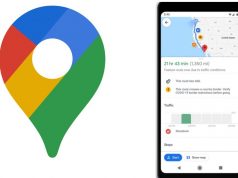 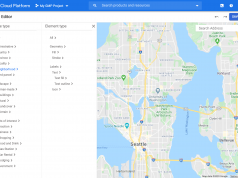