Even as President Donal Trump mulls pulling US out of the historic Paris Agreement on Climate Change, majority of Americans cutting across all states support participation in the global agreement.

The Yale Program on Climate change communication used methods developed for the Yale Climate Opinion Maps to find that every 7 in 10 Americans on a national level feel that United States should participate in the Paris Climate Agreement.

READ: Arctic sea ice may disappear even if we meet Paris climate goals

What the statistics reveal?

In a nationally representative survey conducted by the Yale Department after the US Presidential election last year, it was found that 70% of registered voters say the US should participate in the COP21 agreement, compared with only 13% who say it should not. While it is natural for an overwhelming majority of Democrats (86%) and a large percentage of Independents (61%) to support the global climate agreement, what comes as a surprise is that over 51% of Republicans also feel the US should participate (including 73% of moderate/liberal Republicans). Only conservative Republicans are split, with marginally more saying the US should participate (40%) than saying it shouldn’t (34%). Further, 47% of committed Trump voters are for US participation, compared with only 28% naysayers.

The map also reveals that an equal percentage of Americans believe that global warming is happening. When we look at the data at state level, traditional Democratic strongholds like California (75%), New York (77%) or Washington (73%) naturally very strongly believe that climate change is real. What makes it interesting is that the situation is not very different in loyal Republican states like Texas (69%) or Florida (70%). In fact in none of the states Climate Change deniers cross the even the 40% mark.

Further data reveals that 53% believe global warming is caused by human activities as against 32% who believe they are due to natural changes; while an overwhelming 71% trust climate scientists about global warming as against 26% strongly/somewhat distrust the scientific community.

The program determined the Global Warming’s Six Americas segments by using 36 survey items that include questions about climate change beliefs, risk perceptions, behaviors, and policy support. “Metro” areas include both metropolitan and micropolitan areas as defined by the U.S. Census Bureau.

Both the research and the Yale Climate Opinion Map website are funded by the Skoll Global Threats Fund, the Energy Foundation, the 11th Hour Project, the Grantham Foundation for the Protection of the Environment, and the MacArthur Foundation.

WATCH: Why we must be very, very worried 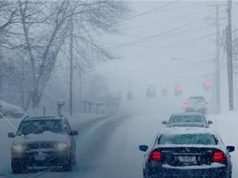