A US-based non-government organization, Union of Concerned Scientists (UCS) has published an interactive map tool in association with Esri that allows you to explore when and where chronic flooding will impact human societies. The map shows moderate sea rising in blue and high sea level rising in orange. You can move and zoom-in the map to see the effects of rising seas for any coastal location in the lower 48. Data coverage of this tool is extensive but it does not extend to street-level detail.

Along with the map, the NGO also published a report that shows rising sea levels could bring disruptive levels of flooding to nearly 670 coastal communities in the U  by the end of the century. At a time when President Trump shocked the global community by pulling out of the Paris Climate Agreement, and protests against his decision resonating throughout the country, the map tool highlights the importance of acting quickly to curtail our carbon emissions and using the coming years wisely. The tool not only identifies when hundreds of US coastal communities will face chronic inundation and possible retreat as sea levels rise, but also shows the coastal communities that will face chronic inundation over the coming decades. 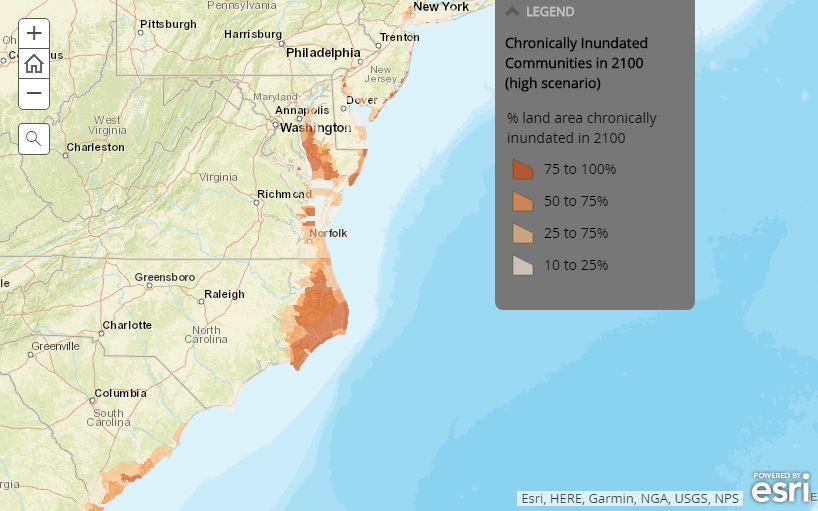 The findings highlight what’s at stake in our fight to address sea level rise and global warming. It also provides a time measure to affected communities to prepare. The tool suggests that rising sea level will expand the flood zone by 26 times per year or more.

Who will rising seas affect?

Rising seas are not the only challenge facing many coastal communities. A disproportionate number of places that face chronic inundation within the next 20 years are also home to socioeconomically vulnerable communities. These communities typically have fewer resources at their disposal for coping with environmental change. 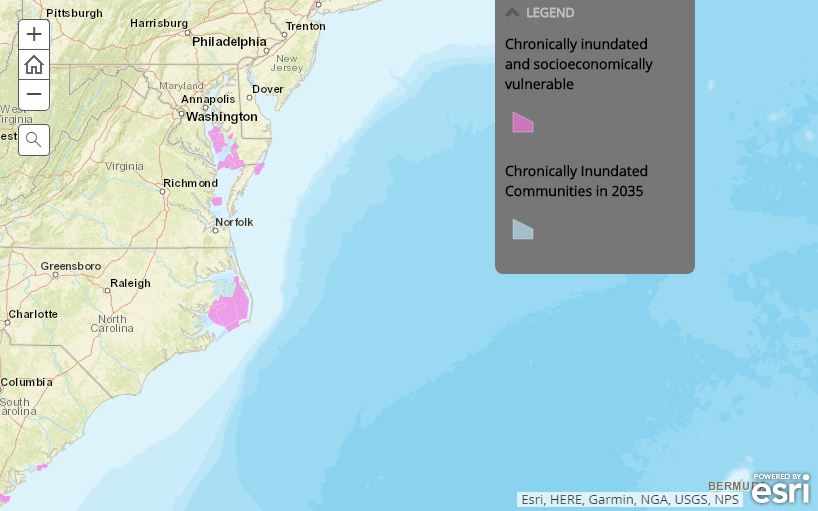 With global carbon emissions rising through the end of the century, ice sheets respond by melting more rapidly, and sea level rises more quickly. According to an estimate, by 2100, seas rise by more than 6 feet globally. Hence, only by reducing global carbon emissions with the aim of capping future warming to less than two degrees Celsius above pre-industrial levels–the primary goal of the Paris agreement–could prevent chronic inundation in hundreds of U.S. communities.

Nearly 500 communities will become chronically inundated by the end of this century with only moderate sea level rise. In this scenario, global carbon emissions continue to rise until the middle of the century and then decline. Ice sheets respond to warming in line with historic trends. By 2100, seas rise by about 4 feet globally.