In a widely publicized statement one of ISRO’s former Chairmen, Dr G Madhavan Nair has warned against structural changes in ISRO. “The public has the right to know the factual situation considering the evolution and growth so far,” he said. Indeed the public has a right to know. It should know what happened to Chandrayaan-2 Lander and Rover. It should know why the lone Indian entry for Google’s X Prize to soft-land a vehicle on the Moon had to withdraw from the competition. It should know the final outcome of the much publicized 160 projects that would propel the application of geospatial technologies in different governments. It should know why India lost its case against Devas and is saddled with a payout of $672 million and counting. Inadvertently, Dr Nair has exposed ISRO‘s biggest weakness — its opacity when it comes to informing the public about its activities, mainly when things go wrong.

ISRO was preceded by INCOSPAR. It was under this rubric that space activities began in India. Vikram Sarabhai who guided India’s baby steps started with sounding rockets to be launched from a location at the magnetic equator to study the ‘electro jet’ in the upper atmosphere. Another activity was the setting up of the Experimental Satellite Communications Earth Station, ESCES in 1967. In 1969 these activities were transferred to the Indian Space Research Organisation, ISRO. In 1969 the first major space applications project agreement was signed with NASA to use their ATS-6 satellite to broadcast educational programs to 2,400 backward villages under the Satellite Instructional Television, SITE programs. As the name itself suggests, ISRO was set up to research in space technology and applications.

Undoubtedly, ISRO has met its goals. Launchers, satellites, sensors, transponders have been developed at a rapid pace in the decades that followed the creation of the Department of Space with ISRO as its R&D wing. In parallel, the applications of satellites for applications also have made significant progress. Today, after a half a century, ISRO is at a watershed. Should it move away from its role of developing advanced technologies and applications and become an operational space services agency through the DOS companies Antrix Corporation Limited, ACL and New Space India Limited, NSIL or should it transfer its operations to another agency within the folds of the Department of Space and concentrate on its core strength and mandate of developing advanced technologies and their applications? Dr Nair’s drawing of similarities in the management structures of ISRO and SpaceX and his warning not to disturb the management structure of ISRO is problematic in this context.

SpaceX is a private enterprise, funded by Elon Musk and other shareholders who look for a healthy bottom line in the company finances. It concentrates on its primary goal of interplanetary human flight — specifically the colonization of Mars. All its developments are directed to this end. Falcon 9, its reusable first stage, Dragon and Crew Dragon are intermediate products which are generating revenue for shareholder benefit and funding of further development. On the other hand, ISRO has the mandate to develop space assets for India’s development. Its shareholders, if you will, are Indian citizens and their funds come from the Indian taxpayers.

The development of India rests on many institutions, and ISRO is just one of them with a specific task of providing space assets for use by other institutions. Historically ISRO also was tasked with demonstrating the applications of these assets to these institutions. SITE was one such demonstration, and it is important to know that the bulk of the applications was shouldered by All India Radio’s TV Division which later became Doordarshan a unit of the Ministry of Information and Broadcasting.

The claims of Dr Nair that “ISRO is a unique organization not only doing high tech R&D but also applications for a societal benefit like tele-education, tele-medicine, disaster management, applications for agriculture, fisheries and infrastructure development” indicates precisely the problem besetting ISRO. It has too many fingers in too many pies. As a result, ISRO, through its regulations which smell strongly of conflict of interest, is actually hampering the adoption of applications of the assets it has created.

Dr Nair claims that 60% of ISROs budget goes to industry. If that is the case, then why should the industry not play a more active and direct role? Why cannot the workhorse of ISRO, the PSLV be produced, marketed and managed totally by industry? Why should ISRO be diverted from its mandate to develop space assets? Why should it become a launching agency?

It is interesting to go back to the NASA and SpaceX success with the Crew Dragon. Here NASA only specified what it needed. Finally, two companies, SpaceX and Boeing, were selected. Both came up with their own designs. SpaceX was successful, and the rest is history. Note how NASA made available Pad 39A and note its makeover by SpaceX. This is the model Department of Space, not ISRO, must follow with ACL and NSIL. Both these companies should stop depending on ISRO for routine tasks and leave ISRO to what it is supposed to do – R&D of space assets.

Finally, Dr Nair assumes that in India, space is the sole preserve of ISRO. According to him, “Satellite manufacturing, earth observation applications and navigation applications have got enough scope for industry participation and opportunity for start-ups whereas, large rockets are a difficult technology to master, having sensitive dual-use applications and has to be closely guarded”. This is problematic. Is the industry to remain the handmaiden of ISRO while it goes about fulfilling its destiny or does industry also have its own destiny? In short, Dr Nair is more worried about ISRO‘s continuity than it is about the growth of an independent space industry in India.

His comparison of ISRO with SpaceX is erroneous and flawed. Elon Musk, as Dr Nair himself admits, grabbed the opportunity of NASA’s travails and developed SpaceX at his own cost. ISRO, on the other hand, is very much dependent on the Government of India as his political statements show. As a consequence, ISRO must work for the government and fulfil the government’s objectives. If the government feels that restructuring is needed, then there is no choice but to fall in line.

Restructuring in ISRO is nothing new. If the history of the evolution of ISRO is traced from 1970 till today it is a story of regular changes in the management structure and the creation of new entities, the most recent being NewSpace India Limited (NSIL) and the Office of Human in Space Programme. Each restructuring was in the context of changing environment and emerging opportunities. In fact, during Dr Nair’s Chairmanship of ISRO, a significant change was the introduction of the Moon and Mars Missions which led to restructuring within ISRO.

Post Script: As I ended this article came to the news of the setting up of IN-SPACe, which will enable the Indian private space industry to use the facilities set up by ISRO for its space programs. There is talk of including the Indian industry in the human in the space program. While details are awaited about IN-SPACe, one thing is clear. ISRO can now concentrate on its neglected mandate — to develop advanced space assets for the country’s development. 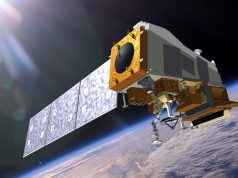