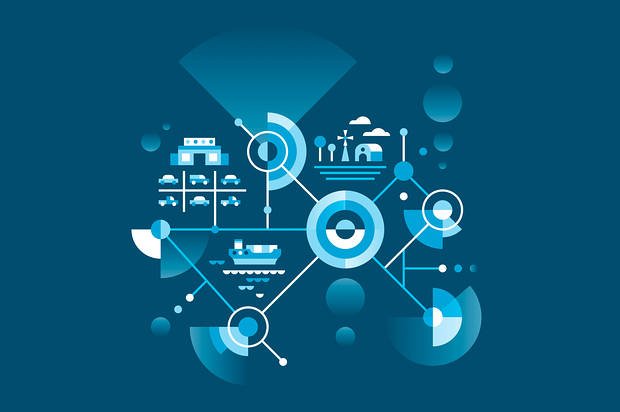 To explain Blockchain in a simple way, let us take example of a bank. The bank has a central database and has all the customer details. These details could be of transactions, balances, account numbers etc. when we want to make any updates, the bank is contacted and then they make the changes accordingly, and if they want to do any more changes, there is nothing much we can do about it as they have the ultimate control.

Imagine, a hacker gained access to this database, and he can do anything with this information, like change balances, delete transactions, etc., even though the bank can update and restore this data from their back-ups, ultimately the power and control lies in one single entity.

Distributed systems are much smarter, faster and easier to control. Rather than one person or a company having the ultimate responsibility, it is in distributed form and there are often few restrictions on who can join the network. Each user, known as “nodes” stores a copy of the data from the beginning till the end.

Hence it is called “BlockChain” as, a block is record of a new transaction. When a block is completed, it’s added to the chain.

What are the advantages of Blockchain?

One of the prime reasons blockchain is intriguing to businesses is that this technology is almost always open source. That means other users or developers have the opportunity to modify it as they see fit. But what’s most important about it being open source is that it makes altering logged data within a blockchain incredibly difficult.

Blockchain allows peer-to-peer and business-to-business transactions to be completed without the need for a third party, which is often a bank. Since there’s no middleman involvement tied to blockchain transactions, it means they can actually reduce costs to the user or businesses over time.

Due to protocols in bank transferring software, as well as the fact that financial institutions are only open during normal business hours, five days a week. Comparatively, blockchain technology is working 24 hours a day, seven days a week, meaning blockchain-based transactions process considerably more quickly.

Another central reason blockchain is so exciting is its lack of a central data hub. Instead of running a massive data centre and verifying transactions through that hub, blockchain actually allows individual transactions to have their own proof of validity and the authorization to enforce those constraints.

Also Read: How relevant is Blockchain in supply chain management?

There are several ways blockchain is more secure than other record-keeping systems. Transactions must be agreed upon before they are recorded. After a transaction is approved, it is encrypted and linked to the previous transaction. This, along with the fact that information is stored across a network of computers instead of on a single server, makes it very difficult for hackers to compromise the transaction data.

What is Blockchain used for?

Blockchains are used for multiple purposes and by different entities. It can be used both by private and public sectors. There are financial transactions, smart contracts, asset management, insurances, real estate, supply chain etc. Now in public organisations, it can be used in identity records such as passports, birth/death certificates, adhars, education, medical etc. It helps in keeping track of information and gives a sense of common responsibility.

How can Blockchain help in the transport sector?

Big players in transportation are recognizing the opportunity blockchain represents for the industry. The Blockchain in Transport Alliance (BiTA), for example, was created as a forum for blockchain education and standards development for the freight industry. There are already 2,000 members including UPS, FedEx and Bridgestone.

One major application transportation players foresee is smart contracts between shippers and carriers. With smart contracts, conditions are predefined and recorded on the blockchain.

Shippers would also have greater visibility of the entire supply chain with blockchain since each party validates and records transactions throughout the process. It also helps in efficient planning of travel journeys as the data is clear and transparent.

Various ways it can be used in the future:

How can it be used for Electric vehicles?

Blockchain has tremendous potential when it comes to electric vehicles. In terms of charging, it can be really beneficial as it helps in smart energy management systems.

One of the recent applications of blockchain based P2P smart contracts is P2P electric vehicle (EV) charging, which is starting to grow quickly. A key challenge to widespread adoption of electric vehicles (EVs) is range anxiety. Significant EV prospects have this fear of running out of battery power on large distance commutes where there is no electric car charger available. Long distance trips have to be planned carefully to ensure availability of charging stations and charging time needs to be built in the commute. Lack of easy availability of charging infrastructure compared to fossil fuel is often a key deciding factor for vehicle buyers. More and more efforts are being made to install charging infrastructure. Installed base of various types of chargers is increasing globally in high EV concentration countries.

An alternative solution is emerging to tackle this lack of charging infrastructure. Blockchain based applications are enabling individuals to share their private EV chargers with others. Using P2P EV charging platforms, private owners can make their chargers available for public during the times they are not being used by them. In return they can earn some cash on the side from their idle charger by increasing its utilization. Drivers of EVs can, at any location, look for available chargers in the vicinity and charge their cars before they run out of battery power.

Electric vehicles can act as tokenized energy storage on wheels. In the past, grid operators have not wanted to engage with individuals on demand-response agreements. But a decentralized marketplace of transportation services, like what the DAV Foundation is building, opens up the exchange of energy back and forth between the grid and millions of EV drivers — and these transactions can be fully tracked and fairly compensated using the DAV token. The value of the token when electric cars have more robust “power take-off” technology — as first developed in Japan after the 2011 earthquake when Nissan and Mitsubishi utilized EVs to power homes left in the dark.

Also Read: How Blockchain can enhance Location Based Advertising?