Hurricanes have dominated the global discourse more than anything in the past two weeks. First Harvey left a trail of destruction two weeks back, rendering damages up to $23 billion in property and thousands of people homeless. Irma took a colossal toll in the Caribbean and Florida tearing off roofs, destroying homes and uprooting trees, and turning the lush green islands completely brown. Jose and Katia are now forecasted to turn into powerful storms, and already impacting Mexico the most. Lee is waiting in the wings after being downgraded for now, while Maria is looking to shift north after damaging most of Puerto Rico.

Have you ever wondered why raging, tempestuous storms that demolish everything in their path, leading to widespread deaths, displacement and destruction get called softly by endearing sounding names like Harvey, Irma, Jose and Katia?

It surely is an interesting point to ponder upon, but behind the naming lies a protocol.

Most hurricanes are named in an alphabetical order as per a list prepared by the US National Hurricane Centre; it makes a list of 21 names for the hurricanes, seven years in advance. This means, the first hurricane in 2022 will be named Alex and the 21st one – if it unfortunately arrives – would be called Walter.

If the entire naming list is finished in a single year because of multiple hurricanes in quick succession, then instead of repeating the list again from the beginning, Greek alphabets are chosen, with alpha as the first letter. Names of especially destructive hurricanes are usually retired — Matthew and Otto were the last ones to be retired after the damages they wreaked in 2016.

Nomenclature of storms that mutate into hurricanes is a very serious affair, and that’s why the UNs World Meteorological Organization (WMO) has a veto on it.  The discretionary veto power is executed very rarely.

Beware, there was an ISIS connection here!

In 2015, however, WMO prohibited naming hurricanes as ISIS – the ancient Egyptian Goddess of fertility and the namesake acronym of the most brutal, dreaded and ghastly terrorist group, the Islamic State of Iraq and Syria.

Undoubtedly, had the name not been banned and some hurricane would have been named as ISIS, it would have created uproar and prompted vehement public outcry because of the gross indifference in comparing a natural disaster to a group of maniacal, sadistic and cold-blooded killing machines, thus unwittingly hyper normalizing terrorism.

Typhoons, the equivalents of hurricanes in the North Pacific, have a more complicated nomenclature. Naming inputs are taken from 14 nations in the region. Names can be of animals, plants, mythological figures, or simply anything. The names are reviewed by WMOs typhoon committee in Tokyo, Japan and then one name is finalized. However, it is not mandatory for the nations to use that name in their weather reports.

When did the naming convention start?

The current practice of naming hurricanes started in 1950s.  Names were preferred to numbers and codes because the former are easy-to-remember and convenient to use, unlike the complex alphanumeric codes remembering whom would be akin to untying a Gordian knot.

Prior to normal names, hurricanes were identified on the basis of latitude and longitude positions. But this method was prone to large error margin because position of big storms is never static.

Naming hurricanes and big storms wasn’t always the domain of scientists, meteorologists and bureaucrats. The process was highly cavalier earlier. In the 19th century it was common to name hurricanes after Catholic saints.

There is a bit of gender equality at work too!

Today, masculine and feminine names are alternated in hurricanes. But for decades big storms and hurricanes were overwhelmingly given female names. During the Second World War, US sailors used to name hurricanes after their girlfriends and wives. The government also adopted this tradition of giving female names to hurricanes, and it wasn’t until 1970s – amidst campaigns for gender equality and vocal denunciation of prejudices against women – that this old procedure was labeled sexist. It was shunned in 1979. But old attitudes and gendered prejudices lingered, which was reflected in a controversial 2014 peer reviewed journal that wrote that female hurricanes are more lethal because people don’t take them seriously. 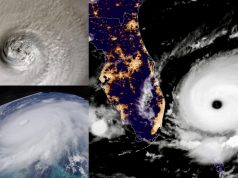 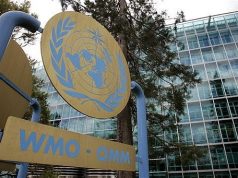 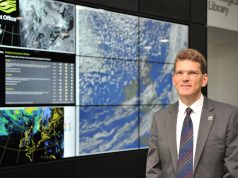