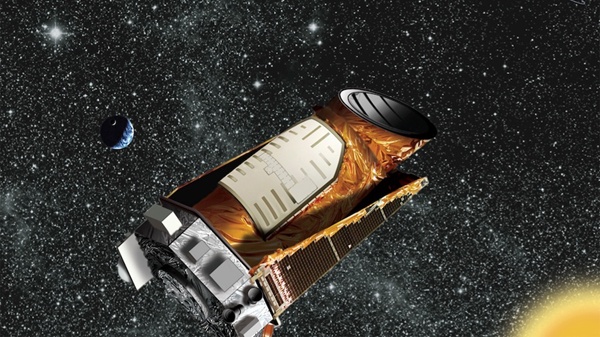 With a heavy heart and a lot of beautiful memories, we must bid adieu to NASA’s iconic Kepler.

NASA recently announced that Kepler space telescope, which is responsible for the discovery of around 70% of the 3,800 planets and outer space bodies, has run out of fuel and can no longer continue space exploration.

Kepler cannot realign itself for analyzing space bodies or transmit data back to earth. So, after more than a decade Kepler’s work has halted.

Kepler dazzled us with its breathtaking images and changed our outlook towards the way we view the starry night sky.

The announcement regarding Kepler’s end is certainly surprising but not unexpected. For many months, Kepler was on low fuel and it was put on sleep multiple times to extend its lifecycle. But this couldn’t prolong its lifecycle forever. Kepler’s fuel tank became totally empty 15 days back. This marks the end of a glorious Kepler era.

Kepler searched for cosmic with the help of ‘Transit Method’. It spotted the fluctuation in brightness dip when a planet crosses a star.

The dips are negligibly small. Due to their size initially, NASA scientists were not sure whether they could be measured on not. Kepler could be regarded as the brainchild of Bill Borucki, whose five mission proposals were rejected but finally, he tasted the fruit of success and Kepler saw the light of the day in 2000, when he and his dedicated team showed Kepler’s sensitivity at a test facility.

But all was not done yet. And it took a little more time to launch Kepler. After a wait of 9 more years, Kepler was finally launched in 2009. It was sent on a $600 million mission for reckoning other planets in the Milky Way galaxy that bear resemblance with the earth.

Kepler did a marvelous work by studying almost 150,000 stars at the same time.

Enduring legacy to go on

Kepler did a marvelous work by studying almost 150,000 stars at the same time, leading to an astounding discovery of near 2400 exoplanets.

Apart from locating planets, Kepler did groundbreaking discoveries in other fields as well. Kepler’s precise brightness measurement is helping astronomers understand the working of the stars.

Kepler has stopped operation, but its legacy will endure for years to come and research on many of these exoplanets would continue.

Kepler has ignited the exoplanet revolution and it will live on. Inspired by Kepler, NASA launched a new spacecraft called the Transiting Exoplanet Survey Satellite (TESS), which is looking for objects circling stars that lie relatively close to the sun.

Some of TESS’ most ambitious discoveries will be scrutinized by NASA’s $8.9 billion James Webb Space Telescope, which is slated to be launched in 2021. Webb will also scan the atmospheres of nearby alien worlds, looking for methane, oxygen and other possible signs of life.