Although Axelspace from Japan started in 2008, it’s still essentially a start-up company in the newspace market. With their own AxelGlobe constellation and clients like WeatherNews and Jaxa, one can easily recognize a clear focus on customers within this young company.

During the World Satellite Business Week in Paris, Axelspace won the FinSpace Award in the category Satellite Imagery & Analytics. FinSpace is a pitch competition for space tech start-ups to promote some of the most promising companies of the industry. This competition enables entrepreneurs, decision makers and financers from the global satellite industry to discuss, network, seek out future partnerships, facilitate industrial deployment and international expansion. The pitches by several finalists took place during the plenary sessions of the conference and were open to all participants of the World Satellite Business Week.

Start-up with a history

Axelspace is truly a start-up, but as such, they may have a longer history than others. The co-founders started their company in 2008. “That’s more than ten years ago”, chuckles Yuya Nakamura, Yuya Nakamura, Co-founder and President/ CEO of Axelspace. “Many start-ups look at fast growth and, out of consequence, they get financers who are impatient. They fire each other up and then ‘boom’, they are gone. In our case, we know it takes time and the investors know it takes time to create an end application. While many players in the industry try to avoid such a labour-intensive project, without a customer solution it’s difficult to create a new market.” Axelspace launched its very first satellite in 2013.

Read More: What are the innovations newspace startups are driving in?

In 2017 Axelspace launched the WNISAT-1, a micro-satellite providing 100 meter resolution images for WeatherNews. It’s one of the world’s biggest weather information companies, headquartered in Japan. Nakamura: “They wanted to monitor icebergs and ice distribution in the Arctic Ocean. Due to global warming, the ice in that region is melting rapidly. New shipping routes emerge. Thus, shipping companies are eager to use these new routes and WeatherNews wanted to provide safe navigation services. At first, they tried to purchase hi-resolution satellite images from existing satellites. At that time most supplied images were classified, only the defence market were allowed to use them. But for what they needed, wider swatch images, capturing bigger areas, hi-resolution was not necessary. They just wanted to monitor big, big icebergs. And they decided to have their own micro-satellite.”

In January, 2019, Axelspace launched the RAPIS-1. “RaPid Innovative payload demonstration Satellite 1” is the first of four demonstration missions in Japan Aerospace Exploration Agency (JAXA)‘s Innovative Satellite Technology Demonstration Program. It’s a technological demonstration satellite, carrying components by Japanese private companies, universities and research institutes. It allows them to demonstrate their capabilities in space. Axelspace has been responsible for the design, construction and in-orbit operation of the satellite. RAPIS-1 is a 200 kg small satellite carrying seven different demonstration payloads. Nakamura explains: “The RAPIS-1 is the biggest satellite we built as a company. It’s not a nano-satellite, it’s a mini-satellite. It was the first time in the history of JAXA that a start-up like us made a satellite for them. It was an epic event, it became a big news item in Japan. That is now part of our story.”

“We have started our own project called AxelGlobe. By 2022 we will have launched around twenty satellites to monitor the whole of the earth on a daily basis. We decided to find a new way to scale as a start-up. We spoke to investors and raised 17 million US$ 2015 from Japanese venture capital firms and business enterprises and started AxelGlobe. The launch of its first satellite took place in December 2018. It started working in-orbit, we started the service in June. Our focus is to provide mid-resolution images, our ground resolution data is 2.5 meter for panchromatic and 5 meters for metaspectral.” Axelspace’s satellite is in SSO (Sun-synchronous orbit); it is orbiting South to North. Nakamura says: “Effectively, we can cover the whole world, but at this moment we are still ‘single satellite’. This means that we cover the earth once every two weeks. It’s a beginning.”

The output of AxelGlobe typically classifies as mid-resolution images. Nakamura elaborates: “We are getting customers from around the world, particularly developing countries, because developed countries are already in hi-solution markets. Their infrastructure is matured, they need hi-resolution data for security and defence purposes. So, as a first step we are talking to potential clients in the developing countries.” As an example, Axelspace’s partnership with Broadband Systems Corporation will provide Earth Observation Data from AxelGlobe to African nations like Rwanda. This partnership led Axelspace to provide BSC with data from AxelGlobe. For this first project, the two partners plan to monitor the new international airport, currently under construction in the south-eastern Rwanda of Bugesera District.

What is quite different about Axelspace, is that from the start, they focused on doing business, getting ‘real’ customers. “Back in 2008 the market was nowhere as it is now. There was no ‘newspace’. No one even believed that a start-up could even survive”, says Nakamura. Every customer has different needs. “In Rwanda, we are monitoring the construction of the new international airport, in Indonesia our clients are using our data for agriculture, in Norway, they are monitoring the forestry.” Typical customers are also domain specialists in their field. Is it hard to attract them to space data? “The point is, they have good knowledge about their own industry, we have good knowledge about satellite imagery. This means that we can work together so create a robust application. That’s the way we do business.” 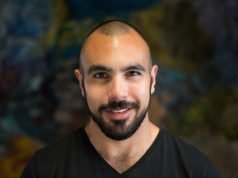