For common Indian’s the buzz word of late 90’s ‘Internet’ has become a reality in the 21st Century. The enlightenment from just having an online account to having multiple accounts and social media presence has changed the role of Internet and even the status of Internet in our mind, initially confining  from cyber cafes outside home now to smart phone inside and beyond.

The backbone behind the successful Internet adaption is “connected communication”. We no longer require homes, bars, offices or cafes to keep in touch with people. We can do it literally anywhere we happen to be.

Internet has changed our World from Alphabets to Pictures to Places to Platforms to Programs and has literally made everyone thoroughly understand the communication model. 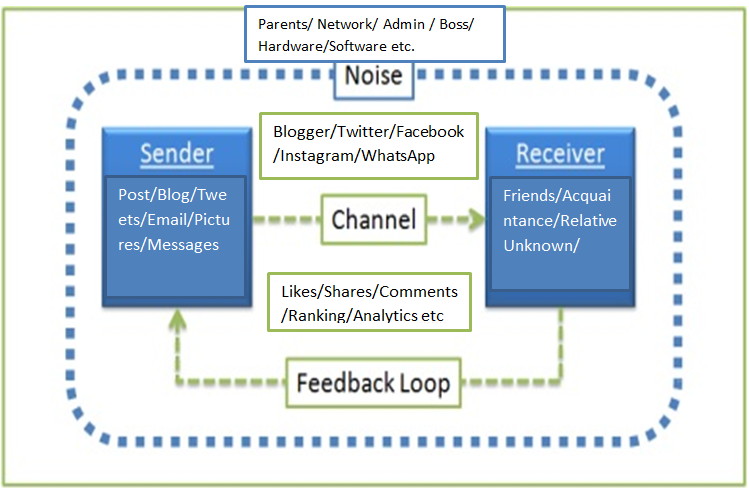 Internet is becoming more widely available, the cost of connecting is decreasing, more devices are being created with Wi-Fi capabilities and sensors built into them, technology costs are going down, and smartphone penetration is massive.  All of these things are creating a “perfect platform” for the IoT.

IoT is the concept of connecting almost any device having an on and off switch to the Internet (and/or to each other). This includes everything from cellphones, coffee makers, washing machines, headphones, lamps, wearable devices and almost anything else you can think of.  This also applies to components of machines, for example a jet engine of an airplane or the drill of an oil rig.

It simply forms an ecosystem of connected device talking to each other.  There are many examples for what this might look like or what the potential value might be.

IoT is not the end but the start of a new era, the era of IoE (Internet of Everything).

The main concept to consider, when thinking of the Internet of Everything vs Internet of Things, is that “Things” are physical objects. What this means is that anything that has a real life presence, such as a computer, mobile phone or smart watch, can be regarded as a “Thing.” 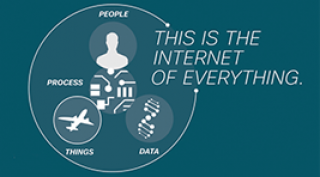 Whereas the “Internet of Everything” builds on the foundation of the “Internet of Things” by adding network intelligence of people, data and processes across the previously disparate systems.

One of the most common thoughts when thinking about the concept of using the Internet of Everything is to read data from these devices. That is, for example, a person wearing a health band continuously monitoring the heart rate notices the abrupt change in the heart beat which is beyond the normal changes, alerts the nearest and available doctor to the patient with the health data of the patient in real time triggering action and in the meantime the  doctor subscribes immediate medicine, which is informed to the nearest medical store with the availability of the stock  and also to the commuter going in route from medical store to the nearest of the patients resident or even delivered by Drones. All this is connected world scenario and IoE will make it possible.

According to Techopedia.com, IoE is somewhat synonym to IoT but not the same.

But not everyone agrees!

Yes, not everyone is convinced that Internet of Everything and Internet of Things are two different concepts.

Qualcomm is one such major tech player that believes IoT and IoE are similar. Explaining definition of IoE in its own words, Qualcomm quotes-

“When smart things everywhere are connected together, we will be able to do more and be more. This is the Internet of Everything (IoE), a paradigm shift that marks a new era of opportunity for everyone, from consumers and businesses to cities and governments….”