The world population is expected to increase to 9.1 Billion by 2050 and with that, the demand for food is expected to grow by 70% by 2050. As of today agriculture productivity is stalling. Given the enormous challenges that farmers face every day with respect to unexpected environmental changes, economic downturns, and many other associated risk factors, the food crisis is going to be real! Will we be able to meet it? 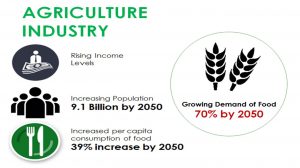 For years, agriculture has been an industry that has continued to rely heavily on traditional methods. With the traditional farming methods being slowly exhausted, and to keep up with the growing food requirements, it has become imperative that agriculture is modernised through new and innovative methods. Until very recently, agriculture had the least exposure to technology but with technology reaching every nook and corner of the globe, the agricultural landscape is also moving towards modernization. Technologies like Cloud, Internet of Things (IoT), and Big Data are revolutionising the global agricultural industry leading to an increase in crop productivity while also increasing the profits associated with it.  In such a scenario, an Internet of Things system for agriculture is proving to be the latest technology trend within the industry. Let’s find out how!

Business Intelligence estimates that 75 million IoT devices will be shipped for solely developing Internet of Things systems for agricultural use in 2020 at a CAGR of 20%. IoT systems and platforms are at the onset of transforming the agriculture industry because they lead to easy collection, management and analysis of geospatial data from sensors, satellites, UAV/Drones, cloud services, etc. Internet of Things system in agriculture provides farmers with a competitive edge for it increases productivity, sustainability and brings cost effectiveness.  However, even though farmers globally have begun to leverage the technology to provide farmers with accurate real-time information on soil moisture, crop growth, pest infestation, weather conditions and livestock feed levels; this is still a distant dream in developing countries. FarmBeats, a Microsoft research project has all the answers.

“Adoption of technology is limited in farms because more often than not, farms are in the middle of nowhere. Typically, there is no power or Internet connectivity. FarmBeats is an end-to-end IoT system based solution to solve this problem and enable data-driven agriculture. ”, says Ranveer Chandra, Principal Researcher, Microsoft.

Solution providers globally are looking to add additional value with Internet of Things (IoT) as farmers are increasingly recognising that they can capitalise on IoT to capture real economic value. The idea is to use IoT along with Artificial Intelligence (AI), to create systems which collect and manage information to store it on Cloud for further analysis to both maximise yields and minimise waste.

Relying heaving on geospatial data and analytics, FarmBeats leverages sparse sensor readings combining them with spatial aerial imagery of the farm collected through either satellites or UAVs. In areas such as India, FarmBeats also provides new ways to capture aerial imagery. “Existing UAVs are expensive and require extreme regulatory approval to operate in India. Our approach to this is to use a smartphone or a camera attached to a tethered helium balloon that can fly at 100 feet. Using this, aerial imagery can be obtained for longer durations and longer lengths of farms.” emphasises Ranveer. The data that is collected is then sent to the cloud.

However, a problem foreseen in developing countries is the lack of internet connectivity and low bandwidth for cloud and IoT to work – a problem to which FarmBeats has a solution. “It is an interesting challenge given that connectivity is of utmost importance for IoT to work. There are times even if connectivity exists in the beginning of the cropping season; it is lost by the time crops grow, thus causing obstruction. To solve this problem we leverage a technology called the TV White Spaces.”

What are TV White Spaces?

TV White Spaces is the concept of data transmissions in empty TV Channels. In the context of agriculture, TV channels are most prominently found in cities. Especially since fewer people live in farms, there are very few TV towers in these areas, this making it possible to make use of the empty spectrum around farms. “The spectrum is more than 200 MHz – which is enough to transmit data not only from sensors but, from cameras, tractors and drones at 100 Mbps! FarmBeats capitalises on this spectrum and installs a TV white space antenna to enhance the internet connectivity thus improving connectivity of all devices at the farmer’s office or regional extension centre, the farm, the sensors and the cloud”, says Ranveer.

Cost efficiency is another aspect to FarmBeats. The project involves the use of low-cost sensors, drones and machine learning algorithms for its implementation. Because a one-size approach does not work in farming since each farm is different from another – data driven farming can be seen as a revolutionary change to maximise productivity. FarmBeats works in a way that the computer system set at the Farmers office directly collects data from drones and sensors, analysing the pointers and sending these over the clouds. “The best part is that there is no need for extensive bandwidth! The farmers do not have to worry about setup and operating costs making precision farming a reality. The key value proposition of FarmBeats is that it significantly reduces the costs of data-driven agriculture by two orders of magnitude, thereby making data-driven agriculture affordable.” The data or geographical information so collected about the farm is presented as high precision maps, Orthomosaic maps, chart or report to the farmer giving them an excellent idea of the actual conditions of the farm. This can be about if there is a puddle in the farm, where there are cow grazing, what is the soil moisture, the pH level, etc. The farmers can then use this information and take required action and to address a problem at the farm even before it occurs. As Internet of Things system for agriculture continues to accelerate, farms will become more connected and streamlined and ultimately more productive. The result is, therefore, greater yield per acre which shall help meet the growing demand for food in times to come. 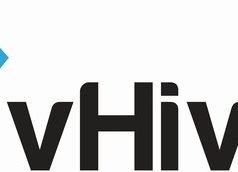 Earthcube’s Artificial Intelligence is not a black box