Farmers who took part in a high-tech flood insurance scheme in Bihar, India, shared a total payout of INR 7.52 lakhs (USD $10,500) following the 2019 monsoon. The season, which runs from June to September, brought devastating floods to large parts of India, Bangladesh and Nepal. In Bihar, 13 districts were affected, including Muzaffapur, where the insurance trial was conducted during July. Two hundred and sixty nine households in Katara and Gaighat blocks were insured through the scheme, paying a total premium of INR 338,843 (USD $4,462). Farmers from 150 of these households received payouts, enabling them to repair their homes and replant crops quickly.

Of these beneficiaries, 67 were women farmers, equating to 45%. Women are often the poorest and most vulnerable to climate change and weather shocks, so the researchers allocated half the places to women and marginalized members of the communities. This year marks the 25th anniversary of the Beijing Declaration, the global framework for advancing equality, health and wellbeing for girls and women, but progress for women in many nations has been slow. Around 10-20% of households in Bihar are headed by women; across rural India, the proportion of women-led households is rising due to widowhood, desertion and out migration. Providing access to financial products and services is a way of empowering women within the largely male-dominated agricultural sector.

Over the past 40 years, floods have accounted for around half of all disasters globally, affecting, on average, 27 million people every year. The Index-Based Flood Insurance (IBFI) product was created to help reduce the impacts of floods on India’s poorest farmers. It was developed jointly by the Indian Council of Agricultural Research (ICAR) and the CGIAR Research Programs on Climate Change, Agriculture and Food Security (CCAFS – led by the International Center for Tropical Agriculture [CIAT]) and Water, Land and Ecosystems (WLE – led by the International Water Management Institute [IWMI]).

The product combines 30 years of historical flooding data, hydrological modeling and 10m-resolution satellite images from the European Space Agency.          In the case of a flood event, current rainfall data for the river catchment in question is added to the model, which shows how run-off will travel and collect. If a trigger water level is reached for a particular area, the scientists use satellite images to verify the depth and duration of the flood. This accurately identifies those farmers who are eligible for compensation.

For the 2019 Muzaffapur scheme, the total sum insured was INR 3,951,200 (USD $52,026). Farmers were entitled to 35% of their proportion of the sum insured if their land was inundated for 9 days; 55% if the flooding lasted 19 days; and 100% if the water remained for 23 days. In February 2020, 20 farmers attended a payout event at the ICAR Research Complex for Eastern Region, in Patna, at which they were presented with souvenir checks by Shri Giriraj Singh, Minister of Animal Husbandry, Dairying and Fisheries. However, all beneficiaries received their payouts direct to their bank accounts from HDFC ERGO insurance company.

IWMI conceptualized the IBFI product in 2016. In 2017 and 2018, farmers in 1,200 households were insured by the Agricultural Insurance Company of India Ltd and HDFC ERGO, with Swiss Re as reinsurer. Some 650 households received insurance payouts totaling INR 814,030 (USD $11,350), with payments made directly to eligible farmers. In 2019, in parallel with the IBFI scheme in India, a similar initiative was established in Bangladesh. The 750 households that took part shared BDT 2.67 million (USD $31,500) in compensation. This was the first time satellite-based insurance had been employed in the country.

The risk of flood-induced loss of life and property is highest in India and Bangladesh, where there is a high dependency on smallholder agriculture for livelihoods. At the present time, the risks for both countries are greater than usual because both face the prospect of negotiating the current coronavirus pandemic during the coming monsoon season. If lockdown situations coincide with advancing harvesting and sowing seasons, farmers may miss the window of opportunity for reaping and sowing crops, with implications for food security and nutrition. On top of that, monsoon flooding could displace thousands of people already made vulnerable by pandemic-disrupted supply chains.

Index-based insurance presents a means of reducing risk for poor rural farmers. This is particularly important at the current time, given the pandemic’s wide-ranging impacts and how climate change is increasing the number and intensity of extreme weather events. Using satellite data in the IBFI to verify depth and duration of flooding negates the need for labour- and time-intensive field visits, which means premiums can be kept low. Expanding such insurance schemes across large rural areas could help bolster farming livelihoods, reduce post-disaster costs for governments, and contribute to the United Nations Sustainable Development Goals of reducing poverty, achieving gender equality and underpinning food security. 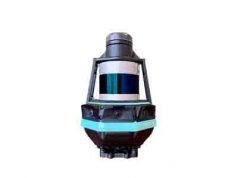