We are living in an era of environmental uncertainty. One the one hand the eastern and north-eastern Indian states of Bihar and Assam are grappling with massive floods that have affected nearly 12 million people, on the other hand the southern Indian state of Tamil Nadu is literally facing a drought-like situation, with water tankers scrambling to meet the day-to-day needs of residents in the capital city of Chennai. In such a scenario, timely and accurate weather forecast becomes all the more crucial. And this objective was at the center of discussions on a rainy Saturday afternoon at the Indian Ministry of Earth Sciences, which was celebrating its Foundation Day.

The Ministry of Earth Sciences, which was formed in 2006 after a merger of the India Meteorological Department, the National Centre for Medium Range Weather Forecasting, the Indian Institute of Tropical Meteorology, Pune, Earth Risk Evaluation Centre, and the Ministry of Ocean Development, has been successful in increasing the accuracy of the forecast in the past years. “We are proud to have achieved our targets and are pleased to share with you that some of our key future projects are taking shape,” said   Dr. M. Rajeevan, Secretary to the Ministry of Earth Sciences.

He was referring to the Deep Ocean Mission, which will focus on deep-sea mining, ocean climate change advisory services, underwater vehicles and underwater robotics related technologies. Two important projects under the mission include desalination plant powered by tidal energy and submersible vehicle that can explore depths of at least 6,000 meters.

“The mission will be launched by October 31. It will look into various aspects of ocean, with a special focus on sustainable harnessing of ocean resources,” Dr. Rajeevan added. He also said that the ministry was planning to set up a national facility for Geoscience. Thanking his entire team for the efforts they have put in over the years, Dr. Rajeevan said that they were also looking at bringing out a Regional Climate Change Report by the end of this year.

During the course of the event, the prestigious Lifetime Excellence Award was handed over to Professors J. Srinivasan from Indian Institute of Science, Bengaluru, for his significant contribution in the field of atmospheric sciences. The Young Researcher Award was given to Dr Abhishek Saha from National Institute of Oceanography, Goa.  Among the other winners, who received awards from Dr Harsh Vardhan, the Indian Minister for Sconce and Technology and the guest of honor for the event, included Dr. D. Shankar (National Award for Ocean Science and Technology) and Professor S. K. Satheesh (National Award for Atmospheric Science Science and Technology).

“I am very happy to be here. I am particularly glad to see so much importance being given to scientific minds. I am sure that one day you will do very well,” said Dr. Peter Molnar, Professor, Geological Sciences, University of Colorado, while pointing at rows in which schoolchildren were seated. Dr. Molnar was there to give a lecture on “Links Himalayan and Indian Monsoon”. 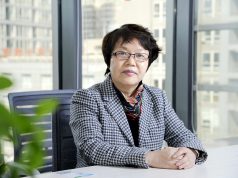