Artificial intelligence is certainly emerging at the forefront of current technology, and recent advancements in the field have led some to say it’s capable of taking over from humans in some regards.

It’s a question many people understandably still ask. Essentially, artificial intelligence is software, which has been programmed and “taught” to demonstrate behaviors we usually associate with human intelligence. AI can assist in areas such as planning, problem-solving and perception – and many advancements have been made in recent years which have pushed AI to new heights. 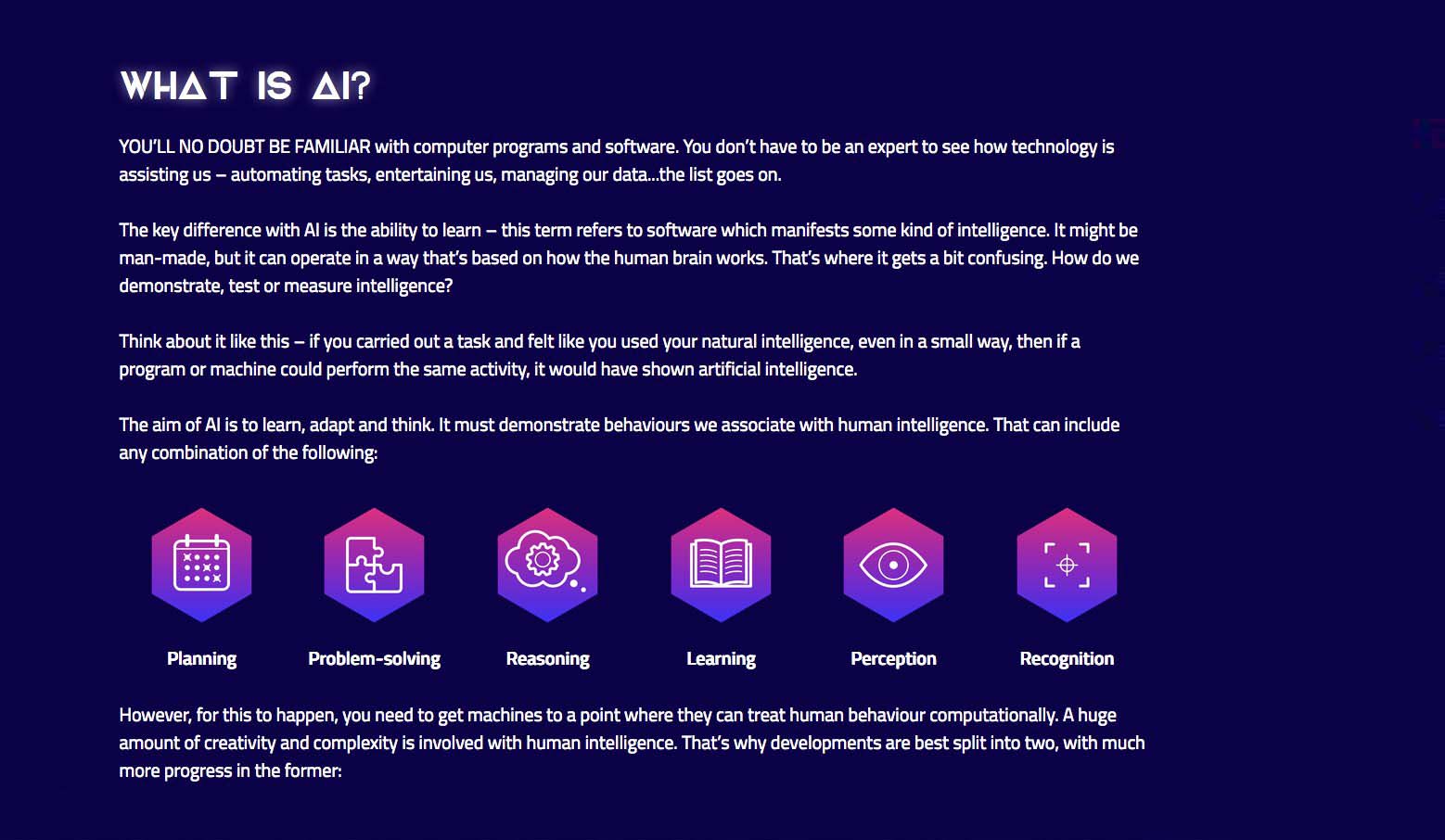 Narrow AI is the most common and widely used form of the technology around the world. It exists in many different capacities, from shopping recommendations to assistants on phones – Google Assistant and Siri on iPhone are two such examples. There’s also Amazon Alexa, Google Home and Apple HomePod, some of the AI-based devices many people have in their homes.

General AI is considered to be out of reach by some, but advancements are still being made day after day. It’s created to make decisions in entirely new situations by reusing knowledge it has previously learned. But, there’s a challenge in making it as spontaneous and creative as humans are.

How is AI helping us? 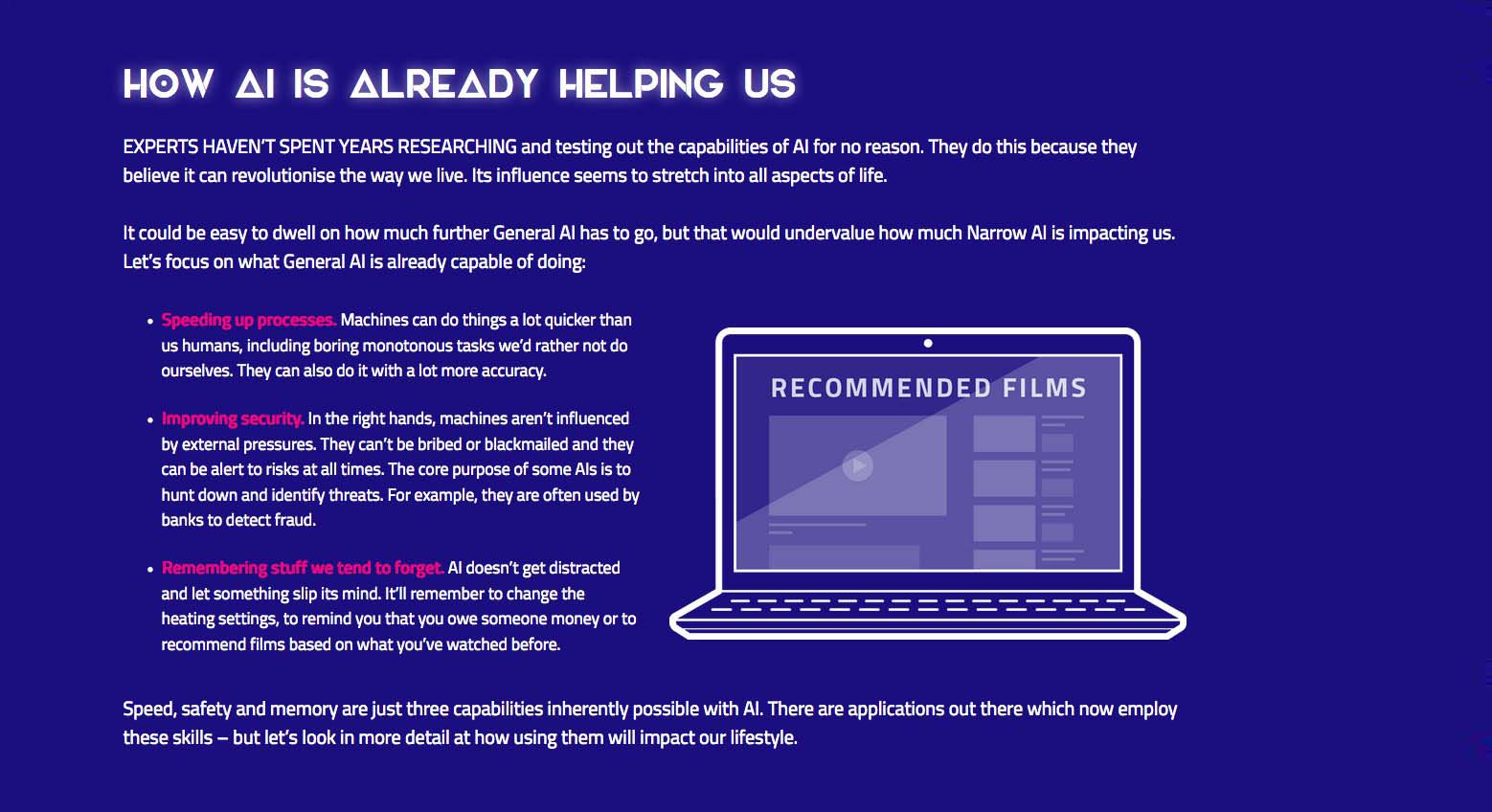 AI is incredibly useful in that it can do certain things faster and more efficiently than humans are capable of. Areas such as speeding up processes, improving security and remembering things for us that we may otherwise forget are where AI is being harnessed and fine-tuned into being the best it can be.

It’s also being used in many different industries to help companies and facilities run smoothly. Businesses are using AI to spend less time researching, improve response times and identify system problems before they get in the way. In fact, 45% of businesses that have adopted machine learning say it’s led to more extensive data analysis and insights.

There’s also potential for AI to truly help us in terms of healthcare. AI will be able to suggest lifestyle improvements by tracking your health in a multitude of ways, by analysing patterns and changes to your body. It’ll also be able to detect illnesses early, and predict where your health will end up down the line.

How artificial intelligence is changing business in every industry

Can humans and AI exist simultaneously? 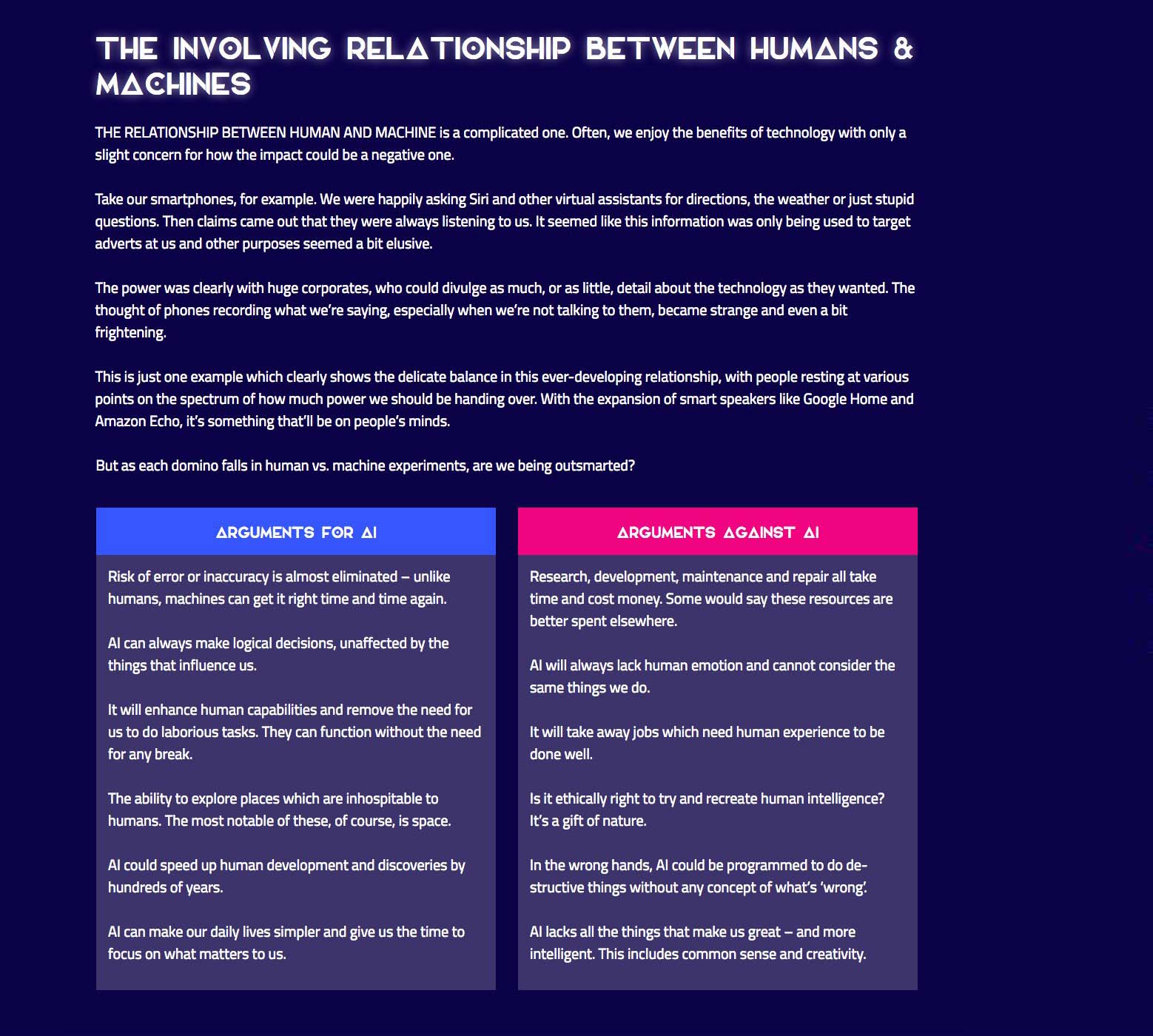 Simply put, yes – but many people continue to debate on just how far AI is predicted to go, and whether it can compare to humans. AI will never be able to possess, understand or display human emotion, something which often goes into decision making. It’s also likely going to take jobs away, which could lead to an epidemic of unemployment in the long run. 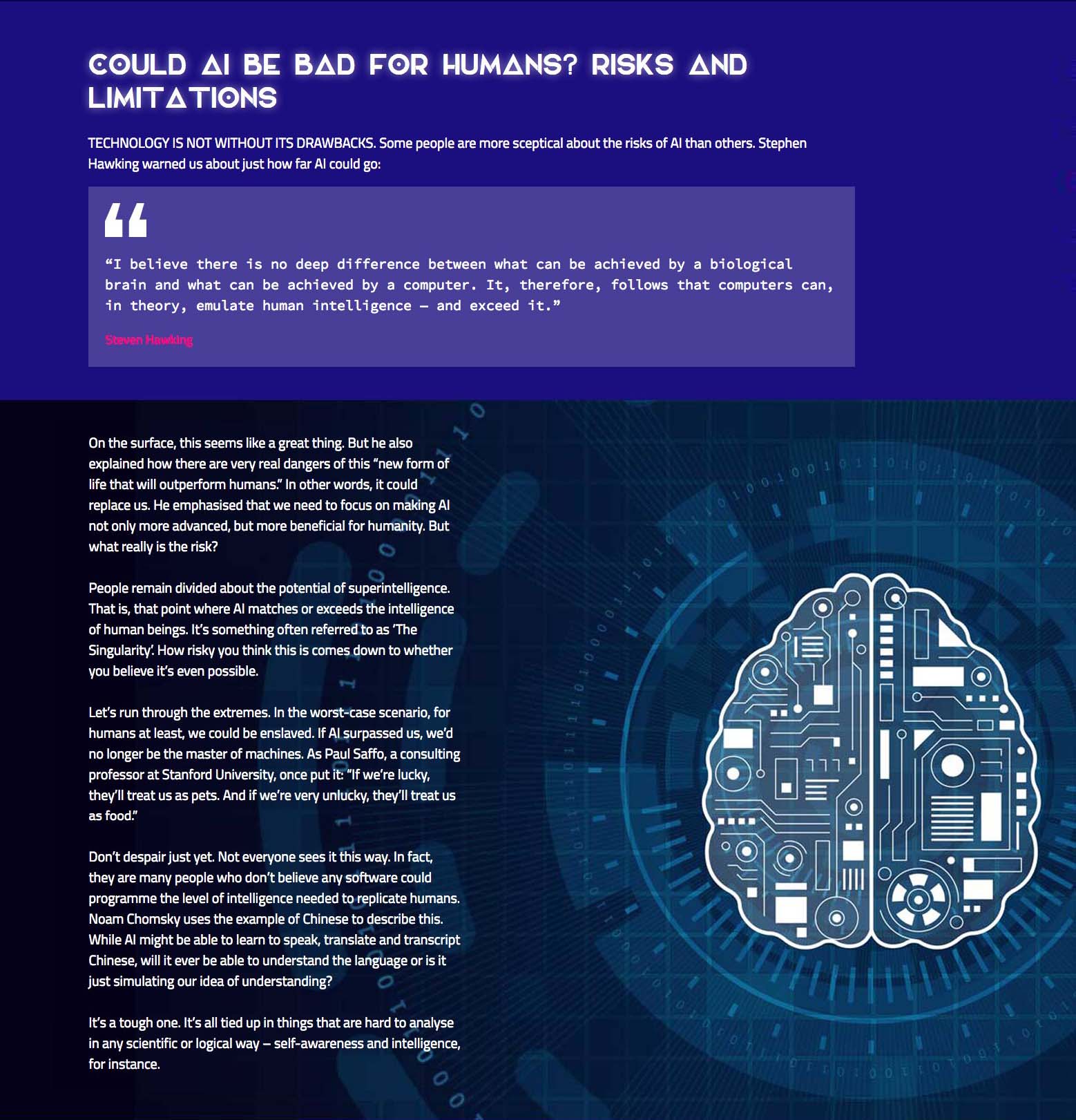 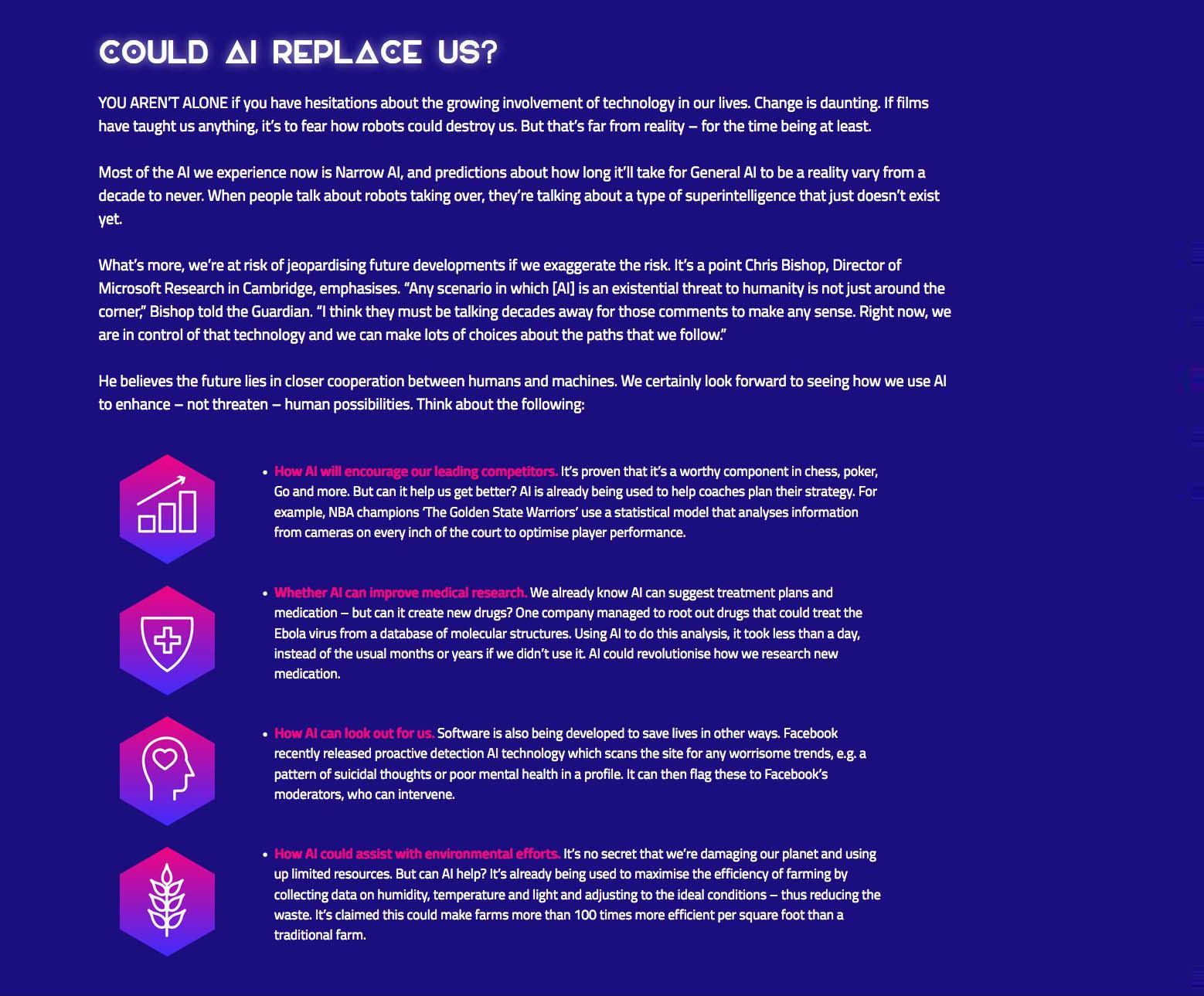 On the other hand, AI is much more efficient and practical in many important areas of business and lifestyle, and it could prove to be essential in healthcare. It’ll speed up human development and make our lives much simpler if done correctly. 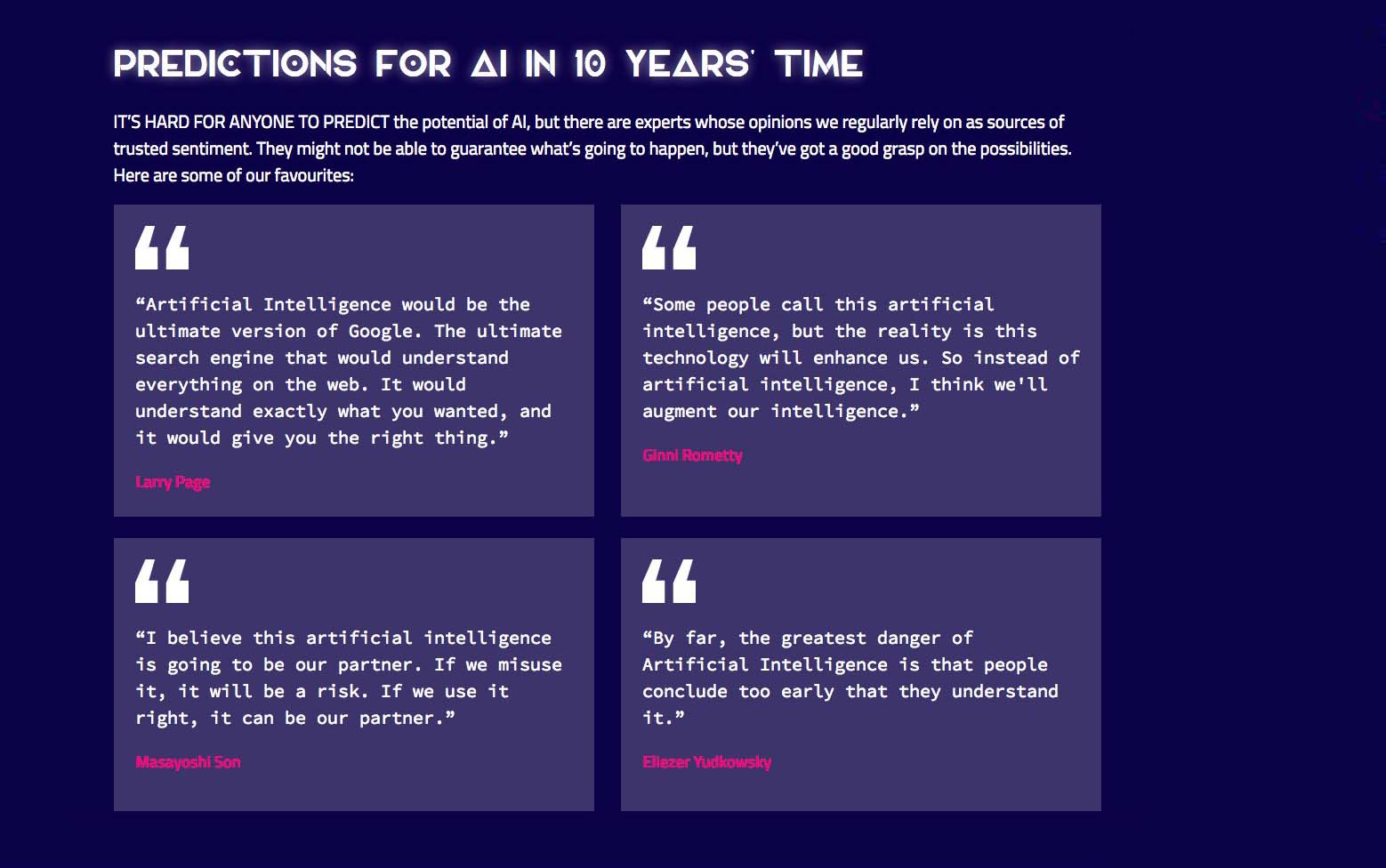 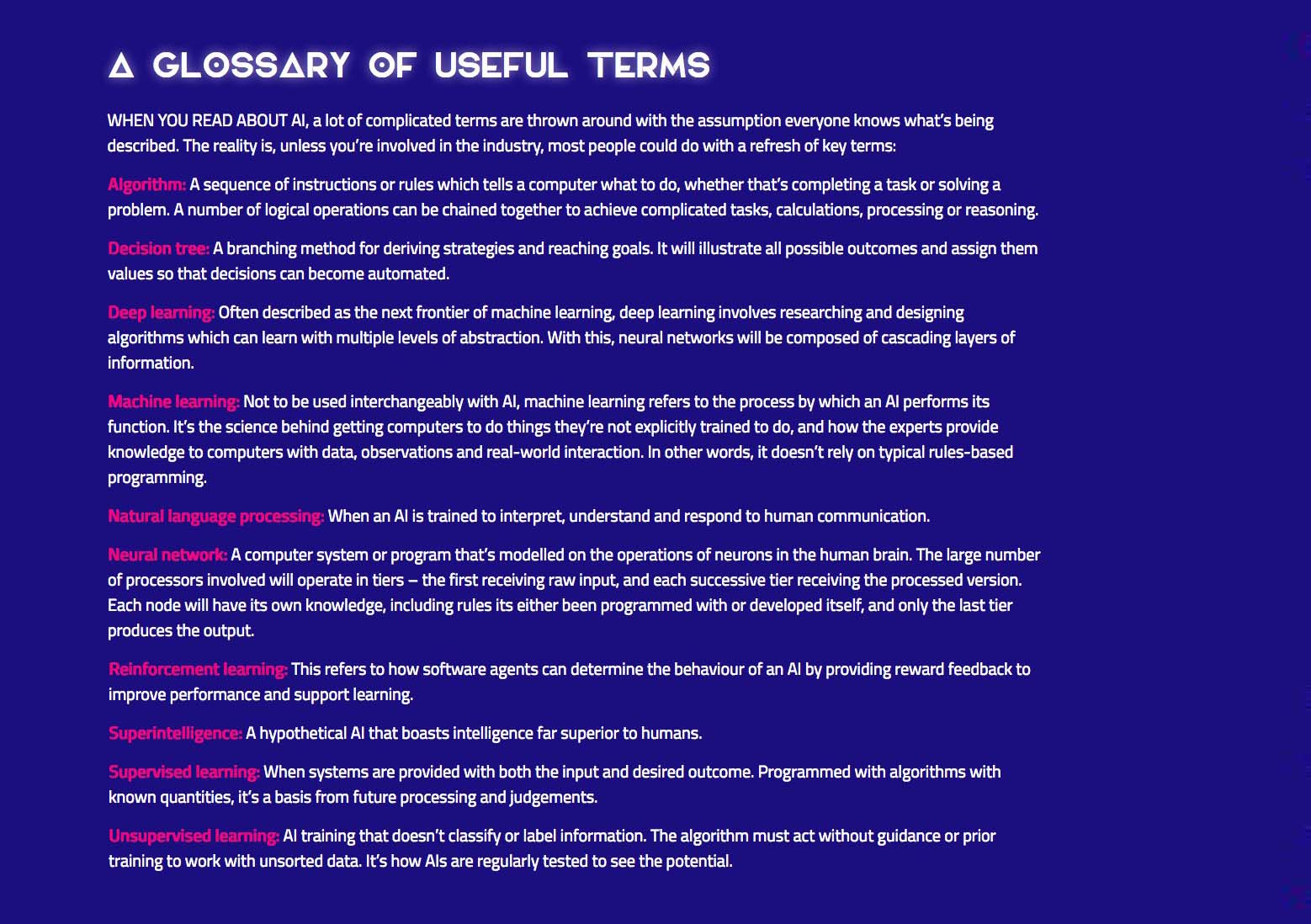