It may only be a satellite town of Gurugram, but Manesar equals money. Its proximity to India’s national capital has made it a hotbed for industrial investment. Here, every single inch of land matters. And inadequate land records can easily convert into disputes, property crimes and frauds.

Land record modernization is anyway a priority for the Government of India — though nobody knows the progress on its ambitious National Land Records Modernization Program (NLRMP) which was launched in 2008. So, frustrated by federal inaction, Haryana’s Gurugram administration decided it was time to take matters into its own hands.

Thus was launched Project G-Triangulation — the most comprehensive land records digitization initiative by any Indian state. Using GIS technology and drones, the state has created — at a resolution of 5-cm — what is being claimed by its officials as the most accurate maps in the country. And there must be some merit to that claim, because Project G-Triangulation has just won the Gurugram administration the national e-Governance award (Gold) for the most innovative use of GIS technology.

A visibly happy T.L. Satyaprakash, Deputy Commissioner, Gurugram, talked to Geospatial World on the sidelines of the 20th National Conference on e-Governance in Visakhapatnam. “We have basically achieved what the NLRMP set out to do, but never delivered,” Satyaprakash exclaims. “Our team, that  has been at work for over two years now, has addressed the core problem plaguing land administration in this country — accuracy of land records.”

The team achieved this feat using a concept called triangulation, or the tracing and measurement of a series or network of triangles in order to determine the distances and relative positions of points spread over an area. “We used 35 points of Survey of India to create an infinite number of references, leveraging data from 24 satellites to refine the reference point network. The team succeeded in creating a very dense control point network — as fine as that of a fabric’s density,” Satyaprakash points, adding that the project has been conducted in association with the National Informatics Centre and the Haryana Space Application Centre.

Meanwhile, drones were sourced from the Government of India’s Science and Technology Park in Pune and deployed in the area to capture ultra high-resolution images and create digital maps. “We overlaid the reference on these digital maps to identify the problem areas,” explains Satyaprakash.

It was discovered that errors had crept in 7.3% of the total land area of 2,800 acres in Manesar. These foolproof maps helped the administration to bring that error rate down to 0.01%.

The administration, which now plans to extend this program to other tehsils of Gurugram, is hoping to secure funding from the government. “Now that we have been recognized at the national level through the e-Governance award — and that too on a sticky subject like land records — we are hopeful that budget will be sanctioned to us to carry this program forward,” Satyaprakash signs off. 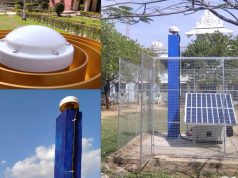 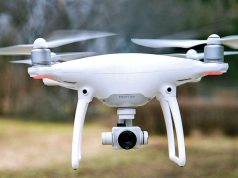