India is home to 36 world heritage sites and a wonder of the world, India has always been a must-visit destination for tourists around the world.

India, the land of diversity and colors! India is home to 36 world heritage sites and a wonder of the world, India has always been a must-visit destination for tourists around the world. India welcomed over 8.03 million foreign tourists in 2015, and the number rose to 8.80 million in 2016 (GOI, 2017). According to a report by World Travel and Tourism Council (WTTC, 2017), the tourism industry in India generated 220 billion USD in 2016, which amounted to 9.6 percent of the nation’s GDP. The industry supports over 40.43 million jobs, which is 10 percent of the total employment of the country.

Tourism boards, once a forgotten resource, are now using the power of the internet to persuade people to visit them. Facebook, Twitter, YouTube, Instagram and many other social media websites have become powerful tools which when implied carefully, can have an impact on tourism. E-Tourism has taken over the conventional form of tourism and it has completely changed the way the holidays are researched, planned and experienced. Technological advancements such as drones for extreme photography and videography, a 360-degree viewing experience and the impact of social media in sharing memories has revolutionized the tourism industry around the world.

The digital boom has brought more for the hosts than the tourists. Hotels to eateries, nowadays everyone needs an online presence to be recognized. A report by Huffington Post stated that 95 percent of leisure travelers read an average of 7 reviews before booking their holidays (HuffPost, 2017). The increasing number of travelers connected to the internet has also led to the discovery of lesser-known and less traveled destinations which have become a new trend. India offers services of E-visa to over 150 countries, which mitigates the hassle of tourists while obtaining a visa (GOI, 2016).

A Geographical Information System (GIS) is used to record, store, edit, analyze and reproduce spatial or geographical data. A GIS system uses layered data where each layer represents one form of spatial data, such as a street layer, forest layer, vegetation layer and many more. All these layers are then combined into one to form an integrated layer with all the data. It performs as a tool to analyze spatial data and assists in building decision support systems for organizations. GIS has been slowly reshaping governance with its numerous applications, such as a Village Information System (VIS), Landslide hazard mitigation and Election mapping. Inevitably, GIS has made its way to the tourism industry as well.

A large chunk of all information regarding a country, state or city is already available on the internet which can easily be accessed by tourists. But there are still some limitations, as finding the most accurate information is still a herculean task. The vast amounts of information are not only confusing but consume a lot of time as well. To overcome these issues, GIS has been applied in the tourism industry.

GIS not only provides information on tourist attractions, but it is a database of geographical conditions, transportation, accommodation, ethnic groups of the population and more. GIS produces thematic maps which can help tourists understand their destination in a better and detailed manner. GIS mapping was done by the GIS Cell in Almora District, Uttarakhand. The cell operates with the support of Natural Resources Data Management System (NRDMS), Department of Science and Technology, Government of India and the Government of Uttarakhand. The resulting spatial attribution maps of Almora district are as follows:

The above image depicts the locations of all temples in the Almora district of Uttarakhand. Similar maps can be created for other features such as population, geographical conditions, and location of hotels and guesthouses.

GIS application in tourism opens up new avenues and enhances tourist experience. Near accurate details of the area, the tourist wishes to visit can help them enhance their experience and helps them understand the culture and values of the people living in the area. GIS not only helps the tourists but can help the officials in educating the tourists as well, about the dos and don’ts of certain places, based on the population, the ethnicity or environmental conditions. The development of tourism is inevitable, and GIS is helping tourism take giant strides towards efficient information management and exchange.

This article was first published here. 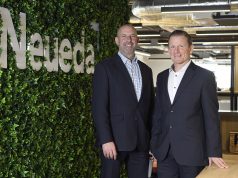