A key aspect of tax administration is all about understanding who the taxpayers of a country are. In the first instance, it is people that are employed and should Pay As You Earn (PAYE). In the second instance, it should be people that are not formally employed but are generating some form of revenue through businesses in the formal and informal sector. The informal sector is generally taxed only through Value Added Tax (VAT) but should contribute more revenue to the tax base. Geospatial information on the distribution of people, their age and gender profile and their employment status at a local level then becomes critically important.

This leads onto the next point that the tax base should include all types of formal and informal businesses.  To be able to determine the full universe of businesses that could contribute towards tax revenue in a country requires geospatial information. This information identifies the geographic location of both formal and informal businesses and gathers attribute information associated with them. As an example, this may include information on the total turnover, number of employees and a classification of the size of the business (eg micro, small, medium, large).

Tax revenue is also generated in most developed countries through rates charged for access to land and services. However, the problem in Africa is that the land cadastre, which is the demarcation of land parcels and the collection of information on land value, occupancy and ownership, is largely non-existent. Because of the land tenure system being used in Africa (ie 99 year leases or traditional systems) the defining of the land cadastre is extremely difficult. Furthermore, people that are occupying homestands on pieces of land are not willing to contribute towards these taxes, especially because they do not own it. However, a country like Rwanda has recently shown that rapid steps can be made to mapping their land cadastre for purposes of improving their tax base.

Another critical piece of information that is foundational in tax administration is the physical addresses of properties and businesses. In most African countries there are no physical addresses, and this makes it extremely difficult to enumerate the tax base as well as to send information to them. This again is a problem that can be solved using geospatial data and innovative technologies, such as augmented reality applications on mobile phones. The technology allows a tax or local authority official to check whether a property or business is registered with the tax authority. This can be used to ensure tax compliance and improve the tax base of any African country.

Not enough revenue offices and officials to serve demand

A key aspect of the tax administration foundation is the provision of sufficient numbers of optimally located revenue offices and officials in a country. This can only be determined if one has a thorough understanding of the size and distribution of the population and businesses that should be paying tax. Using geospatial techniques, such as network based accessibility modeling, it is only then possible to identify the optimum number of revenue offices by size. Even in South Africa, which is identified as a model of tax administration on the continent, this particular exercise still needs to be done. 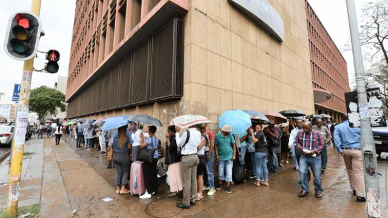 Appropriate numbers of human and technology resources must then be allocated to the network of revenue offices. Knowing the size and the distribution of the tax base will enable revenue officials to understand the amount of revenue that should be collected in particular areas within their jurisdiction. This will allow revenue officials to identify issues of compliance and enable them to ensure enforcement of tax collection from people and businesses alike.

Once the supply and demand characteristics of the tax administration system of a country has been established using geospatial information, it will then be possible to use geospatial technologies to monitor and visualize the collection of tax in the country. Most citizens of a country would be against such a solution because it will dramatically improve the efficiency of tax administration in a country. However, the declining revenue from taxation in sub-Saharan Africa needs to be addressed to enable countries to tackle their development goals at a national, provincial and local government level.

Citizens need national governments to provide them with physical infrastructure, schools, hospitals and clinics and other services. Without these services the quality of life of the people in African countries will not improve. Without tax revenue these services will not be provided and as a consequence, African countries will continue to be dependent on funding from the international community for their survival.

Geospatial information is therefore foundational in improving the governance and efficiency of any country’s tax administration system. Digital transformation of the tax administration will contribute to improving the situation, but if this is the only focus of improving the situation in African countries, it will result in a significant part of any country’s population or businesses not contributing to the tax base. Using geospatial information other potential sources of tax revenue can then also be identified. For example, satellite imagery can be used to gain a thorough understanding of the potential value of tax revenue from natural resource utilization as well as agricultural production. 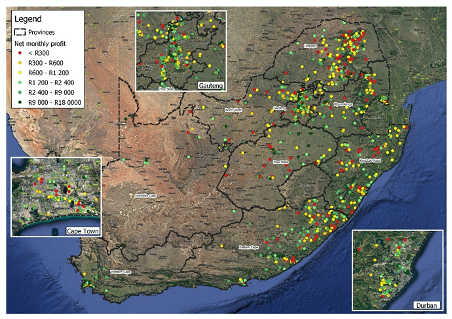 In many African countries, informal business dominate, so the ability to map and enumerate these entities for tax administration purposes could dramatically improve the tax revenue base. It could enable African countries to contribute to the funding they need to accomplish their national development goals. This is the power of geospatial information in tax administration. 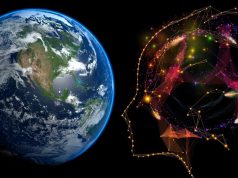 India, US likely to sign pact on geospatial cooperation