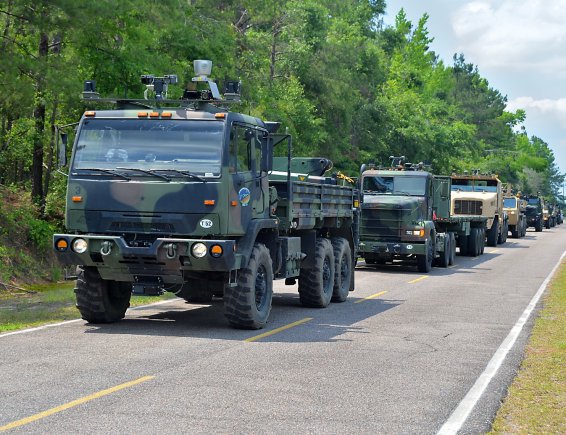 Robotics has changed almost everything about us in the last one decade. And there is no conflict about it, because anything that we do today is greatly influenced by robotics. From your toothbrush, to your washing machine, to the automated cars; all of these are things that are both robotic and useful to us.

But usefulness of robotic technology can be amplified only if it finds geospatial applications to it. Countries who understand this, are trying to use it to develop their defence mechanism and situations like warfare. This can be realised through projects where countries with geospatial intelligence are building up robotics as a tool for defence arsenal.

Using drones for military operations, or an extensive use of satellite imagery for defence tactics, or aiding troops with GPS in enemy lines are some of its contempraroy uses. The pace at which new technology inventions are happening, we can be assured that the future will have robots with capabilities of doing the war themselves.

The same was demonstrated by Carnegie Mellon University and aircraft manufacturer Sikorsky, that developed a fully- autonomous helicopter that has been able to fly in and deploy a fully-autonomous ground vehicle last year. The test was performed for the U.S. Army, involved a UH-60 Black Hawk hovering its way into position before lowering a big old cage holding Carnegie Mellon University’s Land Tamer UGV inside.

The Black Hawk had a fleshy pilot inside just in case, and the Land Tamer can be operated remotely by a human, but in this case both components where set to fully-autonomous operation and everything went off without a hitch.

Similarly, a convoy of the US army’s semi-autonomous trucks was spotted in Michigan some months ago. The army dropped these four beta trucks into real Michigan traffic, with human drivers aboard as backups. The trucks used cameras, LiDAR and vehicle-to-vehicle communication to chat with each other.

Moreover, the concept of Command, Control, Communication and Coordination in military operations is largely dependent on the availability of accurate, spatial information to arrive at quick decisions for operational orders.

The modern battlefield is highly mechanised with heavy arms and ammunitions to shift around. The mobility of any armoured column depends upon the terrain conditions over which it has to move. Parameters like topography, soil type, land use and land cover have a direct bearing on the mobility, methods of crossing obstacles, selection of tactically important areas, etc.

In the present digital era, GIS is an excellent tool for military commanders in the operations. The use of GIS applications in military forces has revolutionised the way in which these forces operate and function.