Outside of geospatial and building information technologies, GeoBIM 2019 kept a keen eye on diversity. By doing this, it surpassed the restraints of the bare sum total of ‘geospatial plus BIM’.

During this year’s edition of GeoBIM in Amsterdam, there was a distinct effort to bring together adjacent collaborative trends and technologies. 3D laser scanning is crawling into the design phase for early clash detection. In combining 3D building information and geographic mapping, the ground plate for a Digital Twin is laid down. In itself, that same Digital Twin might be a good starting point for a Smart City. Within that Smart City, real-time measurements of networks, events and movements in the field feed back into the system. A lifecycle which started with that first laser scan…

Vicki Reynolds of Multiplex moderated a session on Women in BIM. Several female GeoBIM presenters returned to the main stage again to reveal their background stories. Most of them had had male role models (in some cases even their fathers). Marina Machado (Erasmus Research Centre), Joana Menéres Pimentel de Melo (Sacyr) and Sreelatha Chunduri (Royal BAM Group) were equally proud that they themselves now had turned into role models for a more diverse work force in the future.

Where are the SMEs?

For the geospatial and BIM industries to really be inclusive, it’s not only about the gender gap. It’s also about appreciating each other’s efforts. This is not always easy in a high-level conference with carefully selected speakers and delegates coming from established companies, universities or government working groups. Marina Machado said: “Up to 95 per cent of all AEC companies are small to medium size enterprises (SMEs). Together they amount to 71 per cent of all value in construction”. These are the people out in the cold rain and snow, making BIM happen when their managers enjoy their lunch break in the hotel lobby.

Nevertheless, many speakers put a healthy focus on the actual use of tools, instruments and technology. There were consecutive tracks on ‘BIM4’ Design&Planning, Construction, Field and Asset Management. Starting BIM4Engineering were three architects. Patrick King of ECD Architects showed the BIM ecosystem (or the lack of it) within government and contractors. He also explained how to get there, taking his own organization as an example. At first, Aurelie de Boissieu of Grimshaw Architects casually underlined her presentation with the motto ‘BIM – Business As Usual’. However, ironically, when looking at her own slide of BIM4Airports, she sighed “the scope is massive”.

Paulus Eckhardt of construction company Ballast Nedam explained how Infrakit sits right in the middle to make machine control really work, deploying hardware of Leica Geosystems and geospatial software of Esri. Eckhardt posted easily recognizable ‘Do’s For The Future’: “Always make use of source data, or make sure that a connection with the source data is established. Uniform your Systems Breakdown Structure (SBS) and Work Breakdown Structure (WBS) and make use of a Configuration Management Database (CMDB) to control your data structures.” Needless to say, he urged everyone to keep themselves updated on the latest BIM2Field hardware and software and start using it.

Joana Meneres Pimentel de Melo brought the many futuristic GeoBIM dreams that exist in the minds of visionaries and enthusiastic sales managers back to everyday realities. Many of them are real and it almost feels like they are outside of the realm of design. But they aren’t. Unread critical emails, lost internet connections at peak times and real-time emergency details for the workforce are simply as important as an old fashioned 2D print on paper. Because that is how it is sometimes…

While there were no dedicated press announcements or product launches during GeoBIM, the industry still conveyed their stories in Amsterdam. Moving around between different presentations
Oliver Buerkler of FARO was a living metaphor for diversity. He was equally at ease on the mainstage sketching out future visions of scan data usage as he was answering questions in a small session on geo-referencing 3D point clouds. Jeroen van Winden, CTO of local distributor Esri Netherlands operated on the same level. In a panel on digitalization, he defined GeoBIM: “Sometimes you’ll need to put some context to your BIM, and sometimes you’ll need to put BIM into context”. Stepping in the shoes of Esri founder Jack Dangermond, Van Winden showcased Esri’s vision of a System Of Systems, including BIM, the Internet of Things and Data Science. 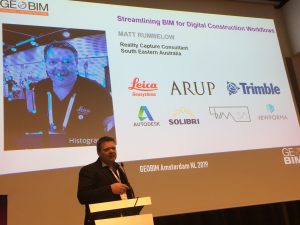 Matt Rumblebow of independent Australian retailer Revitall rightfully made a clear distinction between ‘tools’ and ‘instruments’. BIM compliant hardware oftentimes needs handling like an instrument (with care) and oftentimes it’s also priced like an instrument… He also was the right man in the right place to state that “digital construction discussions need to move past the platform wars”. No matter how true that is, open standards and open data formats are only one side of the coin. The other is that clients have often invested heavily in time, energy and education to be able to work comfortably with their favorite brand.

Still a very new company, Digital Construction Works proved themselves as thought leaders during a panel on the affordances of digital twins. “When encouraging the importance of IFC, CityGML, IoT and W3C as viable standards, of course it’s great. But… we run a risk of re-instating silos”, said Ted Lamboo, CEO of Digital Construction Works. “And we don’t want to go back in that direction”. 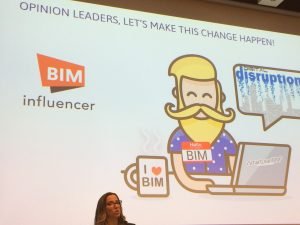 Sitting in and listening to panel after panel of talking heads can be a chore, even for the geekiest professional. Some enthusiastic interactive audience participation occurred thanks to Alex Worp of Asset Wise. On behalf of standardization body Geonovum he presented an elaborated live poll on GeoBIM and DigitalTwins. In one of his statements he acknowledged the work of the Centre for Digitally Built Britain on future smart city models. Equally British as the CDBB was Luke Cooper of Arup, who responded to the ‘monetizing BIM’ panel with singing Abba’s Money/ It’s a GeoBIM world. A heartfelt call to action came from Marina Machado. “We are gathered here as opinion leaders, as BIMfluencers. Let us start speak a language that everyone understands”. With the ongoing convergence and integration with new fields and sectors, we will need to continue talking to each other to discover what we think… 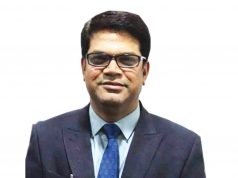