Even after 70 years of independence, a large section of Indian population still remains unbanked. This malaise has led generation of financial instability and pauperism among the lower income group who do not have access to financial products and services.

India is serious about the issue. Two years back on the eve of independence Pradhan Mantri Jan Dhan Yojna was announced. Idea was to tie every Indian in the rural or urban sector to the mainstream banking system. And now another move to reach the unreached with the help of Geographical Information System called as DBT (Direct Benefit Transfer)-GIS. DBT-GIS is an ambitious scheme of the Indian government that ensures to map the banking infrastructure across the country as part of its financial inclusion initiative.

The system is developed around Multi-layer GIS platform –BHARAT MAPS established using NICMAPS Services. The application ensures mapping of financial infrastructure across the country to facilitate financial inclusion of rural masses. DBT-GIS is the facility that provides data not only at the State/district levels, but also at the village level. For the purpose lead banks in each area have been asked to update details on a regular basis.

DBT-GIS aims to map not only all the brick-and-mortar bank branches but also clearing houses, post offices, banking correspondents and ATMs across the country. The expectation is to help in the expansion of the Direct Benefit Transfer (DBT) programme for routing cash subsidies directly into the bank accounts of beneficiaries.

Functionalities of this GIS based system are Base Map Toggling, Distance Measurement, Print, Search, and Legend. At present, DBT-GIS is available only for government-to-government use, but the eventual objective is to open it to the public as well.

This is not just enough. In future, the government plans to provide citizen service so that people can find out financial services in their neighborhoods. It also plans to bring value-added analytical services as per the needs of various stakeholders as advanced Decision Support System (DSS) for financial inclusion.

The problem of financial inclusion is global, and it is not just a third world problem. It is true that in developing economies, only 59% of adults have a traditional bank account. In India, more than 233 million people have never been to a bank. But highly developed economies have challenges too.

McKinsey & Company estimated that 2.5 billion of the world’s population is currently unbanked, with just short of 2.2 billion of these in Africa, Asia, Latin America and the Middle East.

Many large technology and banking providers are already looking at how to address this problem, alongside governments who are introducing new policies to support this. The challenge is to create meaningful opportunities to bring banking services to underserved communities.

Solutions like online payments, mobile banking, and prepaid cards have made important strides in promoting financial inclusion, these sobering numbers make it clear that there is still a great deal of work to do. Also, the pace of change and disruptive innovation happening around is exhilarating. There are incredible potentials to address a very real societal problem: the growing number of unbanked and underbanked individuals where GIS is one. 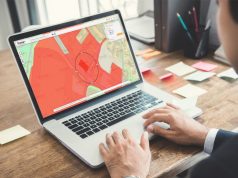