The year 2016 was not fruitful for virtual reality (VR), according to most industry observers. Though various companies released impressive VR systems that were first of their kinds, a majority of these products were fascinating but flawed.

In 2016, we saw VR rigs from companies like Oculus, HTC, and Sony who came up with Oculus Rift, HTC Vive and Sony PlayStation VR respectively. Each one came with its own strengths and weaknesses, and their own standout games. Pack them all in one, and we could have said that 2016 became a year for virtual reality.

In some of the major trends related to VR in 2016, was, that a majority of the content released in 2016 was game-based. This may be a great thing for game lovers but didn’t showcase the full potential of virtual reality.

In 2016, we saw technology giant Google going to VR with Google Earth – an application that can be used very well for education and tourism. Similarly, the Legendary Pictures partnered with Microsoft HoloLens is also another example where VR was introduced into entertainment.

The real magic happened when the fans got to see and interact with their favourite characters off the screen and in the real world. At the Hollywood premiere of Warcraft, fans got to meet Orgrim Doomhammer as a hologram on Microsoft HoloLens.

Holographic entertainment and experiences are driving a new pipeline for creativity and engagement, and we’re excited to work with partners like Legendary to be part of the future of storytelling.

According to a report, 73.5% of people would use virtual reality to experience new places or adventures, with gaming placing sixth on a list of use cases.

Virtual reality trends at CES in 2017

Virtual reality was once again close to everywhere at CES in Las Vegas this week, with countless booths displaying headsets and accessories. A number of studios and creators also used the event to either launch or preview new experiences. But the biggest advancements may not be available to consumers for another year or two. Many called it virtually disappointing or unsurprising.

Consider computer maker Lenovo, which showed off a VR headset whose primary selling point is that it’s cheaper than competitors like the $599 Oculus Rift from Facebook or the $799 HTC Vive — though Lenovo isn’t discussing prices yet and the prototype on display doesn’t actually work.

There’s also Osterhout Design Group, which showed a new pair of smart glasses, powered by Google‘s Android phone software and using the newest chips from Qualcomm. The glasses were supposed to be the latest entrant in the world of AR, or augmented reality, layering computer images on the real world you’re looking at. (Think Pokemon Go.) But you’d be forgiven if you confused them with last year’s model, though they promise better performance and visuals. It’ll launch by midyear, costing as much as $1,500.

Even Intel, the world’s largest chipmaker, which is developing its own VR headset, gave a presentation using nearly year-old devices from Facebook‘s Oculus.

As far as the market is concerned, VR is expected to become intensely competitive across the globe in the near future. Here, companies like Google, Oculus, HTC, Microsoft, and Sony have the benefit of well-established brand images, vast funds for R&D activities, and excellent global reach.

The threat of new entrants is low at present, however, rapid technological advancements are expected to attract more players to enter this market. Moreover, a significant rise in partnerships and strategic alliances in the market and high investment scenario (for continuous investment on technology R&D) by larger IT/technology firms are also expected to increase the threat of new entrants for this market.

According to a report by market research firm Transparency Market Research estimates that the market will expand at an exponential CAGR of 92.5% over the period between 2016 and 2024, rising to $547,207.68 million by 2024. In terms of components, the hardware sector presently leads and will continue to account for a large chunk of the market’s overall revenue over the forecast period as well. The report suggested that North America will dominate the global market in 2015, accounting for a nearly 79% of the overall market. 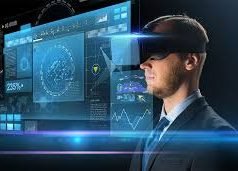 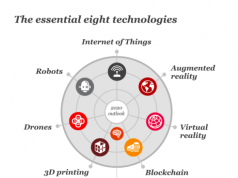