If you are a resident of the Indian state Delhi and use Ola or Uber pool services, then there is a bad news for you. The Delhi government, based on City Taxi Scheme, 2017, may ban shared rides provided by cab aggregators in Delhi. This means no more discounted rates on shared rides.

The news comes months after the Indian state Karnataka’s Transport Department deemed the service illegal and only individual customers had the option of sharing the cab fare with co-passengers.

At a time when world over more cities are stressing on measures such as car-pooling to combat vehicular pollution, the ban on shared cab rides in Delhi can incessantly increase traffic congestion and pollution.

The scheme, which is a regulatory framework for cab services in the city, will ban shared cab rides as it is not compatible with the Motor Vehicles Act, 1988.

The cab aggregators operate with contract carriage permits that allow point-to-point transportation with no stopovers between the origin and final destination of a ride. In contrast to this, the stage carriage permit, given for public service buses, allows picking up and dropping passengers at different stops on a given route.

The Motor Vehicles Act, 1988, has no provision to allow shared rides by cabs operating under contract carriage permits. Such rides cannot be allowed unless there is a suitable amendment to the Act.

The new scheme will also put a cap on the number of taxis that can be plied by an operator and the maximum price that can be charged from customers.

Officials, however, are tight-lipped about the exact contours of the draft scheme and an official announcement is expected to be made soon.

The scheme aims to regularize the taxis which are running in Delhi. The last time Delhi government had launched the cab scheme was in 2015 and the government felt that with the changing time the scheme required an update. “It was felt that some improvement was needed to the old scheme and that is why the new scheme has been prepared for proper regulation of taxi services in the city,” said a senior government official. So, the Delhi government is planning to launch a new scheme named City Taxi Scheme 2017.

Highlights of the scheme

In 2015, the existing Radio Taxi Scheme – 2006 and Economy Taxi Scheme – 2010 were amalgamated in the City Taxi Scheme. The taxis with All India Tourist Permit were not part of 2015 scheme and are not likely to be part of the 2017 scheme either.

The main purpose of the scheme was regulation of radio cabs. Vehicles of capacity 600 CC onwards were covered. In the group category of the scheme, a minimum fleet of 200 was required and the maximum number was 2,500. The scheme had made it mandatory to have LCD display on top of the vehicles in green and red color for availability and occupied category. The scheme also said that bills would be generated as per rates notified by the government.

Since 2015 there has been a proliferation of cab services in the city. However, there are no proper regulatory measures for them at present.

The new draft is being prepared by Delhi Government’s transport department that will be sent to the Delhi Transport Ministry and after the nod from the Cabinet, it will be forwarded to the Lieutenant Governor of Delhi. 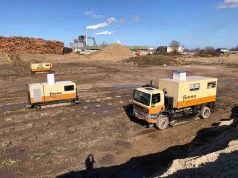