[Warning, this may cause motion sickness or seizures] This is a test run of our electric sled that would transport cars at 125 mph (200 km/h) through the tunnels, automatically switching from one tunnel to the next. Would mean Westwood to LAX in 5 mins.

Elon Musk just posted a video of his new project that sounds more like an adventure park ride. An electric sledge ride at 125 miles per hour (200 kmph) in a narrow, dark tunnel.

Sounds fun, right? Wrong. Click on the video and watch it again.

And when you are done feeling queasy, lets get down to the details.

This is part of the maverick billionaire’s latest initiative — The Boring Company — which proposes to make a network of tunnels running underneath Los Angeles in which cars (presumably driverless) secured to electric sleds would whiz at over 200 kmph.

In an Instagram post on May 12, Musk wrote “Warning, this may cause motion sickness or seizures. This is a test run of our electric sled that would transport cars at 125 mph (200 km/h) through the tunnels, automatically switching from one tunnel to the next. Would mean Westwood to LAX in 5 mins.”

A trip between 24 km between Westwood to Los Angeles, which takes 30-45 minutes in normal traffic conditions, will take 5 minutes on this.

Though much details are not available on what The Boring Company would do, what is known is that Musk got frustrated with a traffic jam last December and decided to the problem. Thus was born The Boring Company, which envisages a network of tunnels under cityscapes. It is not clear whether Musk has the necessary permission to dig up the LA underground.

In a TED Talk last month, Musk further elaborated on the idea which entails creating a three-dimensional network of tunnels underneath the city and cars would enter the tunnels by parking on top of a sled that would then lower into the ground and connect to the network. The animation of the process makes the whole idea look like something straight out of sci-fi movies.

What is of interest to us is – such a groundbreaking initiative requires very fine precise location data. One of our first questions would be how will you find an unobstructed underground path in an urban setting? Have we mapped our underground utilities, that too so precisely, for such a project to become a reality? Zoom in for maximum governance 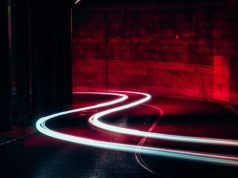