Rising income inequality and increasing concentration of wealth in the hands of a tiny cabal of elites is one of the most pressing socio-economic issues that have a direct impact on the political trajectory of a nation and contributes to reactionary populism and a climate of indignation, outrage, disillusionment, and anti-establishment sentiments.

Income inequality and its ramifications on politics and society came into the spotlight once again when French economist Thomas Piketty released his magnum opus ‘Capital in the 21st Century’ in 2013. Since then income inequality is at the core of discourse on economic and social policymaking. While some view it as a natural and even a favorable consequence of a liberalized and unconstrained marketplace, others deem it as skewed, winner-takes-all sweepstakes and also unproductive and unsustainable. Although, there seems to be a consensus that widespread economic disparity does breed populism and corrodes politics.

As per an Oxfam report, the richest 1% of Indians bagged a whopping 73% of the wealth generated in the year 2017. India consistently ranks among the most unequal countries of the world.

Talking about India, the bustling financial capital Mumbai, which has the oldest stock exchange in Asia as well as the biggest slum in Asia, is a city of endless contradictions and startling paradoxes. Glittering high-rises in swish localities can be seen in juxtaposition with crumbling shanties in decrepit slum localities.

Photographer Johnny Miller started a project called Unequal Scenes which portrays inequality in cities through high-resolution drone imagery. His images of Mumbai clearly highlight the stark inequality and how it is a part and parcel of the metropolis. Miller started the project with South Africa and the inescapable effect of decades of apartheid on housing and institutionalizing inequality.

Let’s have a look at these spectacular drone images of Mumbai captured by Johhny Miller. 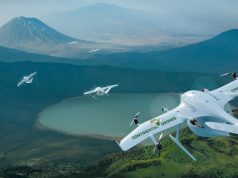