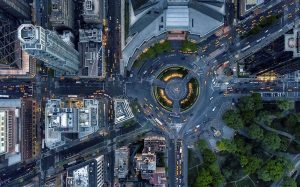 Drones have put the aerial photography and cinematography to next level. Just imagine the view of any particular site or place from 11,000 feet or above. It is just like a treat for anyone to watch from bird’s eye view. Tourists from all over the world are going through great lengths and great heights to use this device for getting alluring pictures or videos.

It is not just the Pacific light, the palm tree, and the people that make Los Angeles an exciting place to visit. Stretching for more than 500 square miles from the coast to the San Gabriel and Santa Rosa mountains LA has also some recognizable sights to capture from above. The iconic Hollywood sign, the pier at Santa Monica, the Griffith Observatory, The “Urban Light” at the Los Angeles County Museum of Art as well as many expensive homes at Hollywood Hills makes Los Angeles a fascinating city to enjoy from high above.

Iceland is covered with marvelous topography which includes geysers, lagoons, rivers, volcanoes, and mountains. A country of sharp contrasts where fire and ice coexist. Where dark winters are offset by the summer’s midnight sun, the country looks amazing with snow- capped terrain, glaciers and ice caves in winters as well as the waterfall gives a pleasant view in summers.

The Flaajokull, a famous glacier, and Dimmuborgir, an area with unusually shaped lava fields are the natural attractions of Iceland, the stunning images of which are being provided by the drones.

The Niagara Falls are among the most impressive and best-known falls of the world. The masses of water from Lake Erie plunge over an almost 200-foot drop to flow into Lake Ontario, creating a misty fog and roar which attracts over 12 million visitors a year.

We can capture this heavenly beauty directly above the falls with bird’s eye view from Drone. Sometimes the rainbow created at the lake is just like a pie on the cake.

The beautiful state of Hawaii offers numerous experiences through its most visiting islands, including Hawaii, also known as the big island. Each of the islands has its own unique identity and distinct character. The best way to remember the islands of Hawaii is from the sky that’s why helicopter tours are popular among the tourists. The Haleakala Crater, the highest volcano in Hawaii looks amazing from the aerial views.

New Hampshire is famous for its infinite natural beauty that will take anyone’s breathe away. Situated in the New England region of the northeastern United States, its charm keeps on increasing with different light or different season. New Hampshire natural beauty is unforgettable. It delivers colourful fall foliage at the earlier end of the September to October range. Drone captures footage of pristine forests where thousands of trees turn red, orange and yellow as well as rivers, mountains and waterfall will leave you with a thought of the state’s remarkable beauty.

Also read: An Aerial View of the Future – Drones in Construction 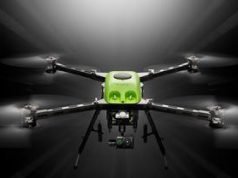 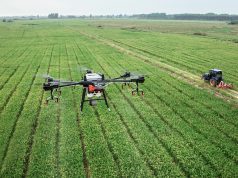 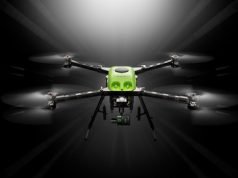