The world is talking about autonomous vehicles – and to be specific, about autonomous cars. However, there is another vehicle that is soon expected to disrupt the transportation industry like no other – Autonomous Trains!

A start of a trend that could probably take over self-driving cars, High-speed autonomous trains is expected to carry passengers by 2023, if not earlier. While the Silicon Valley technology hotshots like Google, Apple and Uber and automakers concentrate on bringing self-driving cars at the earliest, advances in Autonomous Trains continue to remain unacknowledged.

But Driverless Trains do exist!  How are they different from Autonomous Trains?

There is a thin line between the ‘driverless’ trains that exist and ‘autonomous’ trains that are expected to explode the market by 2025. What needs to be understood here is that driverless does not necessarily mean autonomous. Driverless trains have been in use in many cities across the globe especially with respect to metro trains.  Singapore’s North East Metro Line (NEL), was the first to run driverless trains on its track in 2003. Following it closely was Germany’s first driverless mass-transit train line at Nuremberg in 2008. The unique feature of the Nuremberg line was that it mixed both the human driven and computer controlled trains on the same track. Similarly, driverless systems in Lyon, France and London have their own driverless urban rail transport system.  However, most of these metro or light rail systems have been only confined to a smaller area of service range. In such a scenario, intelligence for autonomous driving is built within the railroad infrastructure and the trains themselves have very little intelligence to operate autonomously.  This means that these trains do not have inbuilt sensor systems to detect obstacles or avoid collision if needed and a controller is needed. These trains are operated by a sophisticated computer system located in a remote control room by humans. The trains themselves are not the drivers. They are just ‘driverless’ in nature.

However, the story of autonomous trains is different. The technology required for the train to make a decision with respect to running or stopping – is decided by the train itself in real time and without any human presence.  While the world is still accepting of the autonomous cars, the hesitance in accepting fully autonomous trains on the mainline networks is still visible but countries are adapting to this changing trend. For long-distance complex networks, the locomotive is being equipped with radar type sensors and infrared cameras and simultaneously at key crossings and sections, the railway of many countries have already begun the process of automation. Autonomous trains over ground and underground have become a mandate in many of the countries of the world, especially in the European region. Presently, United Kingdom, France and Germany are bearing the torch for the autonomous train’s evolution. 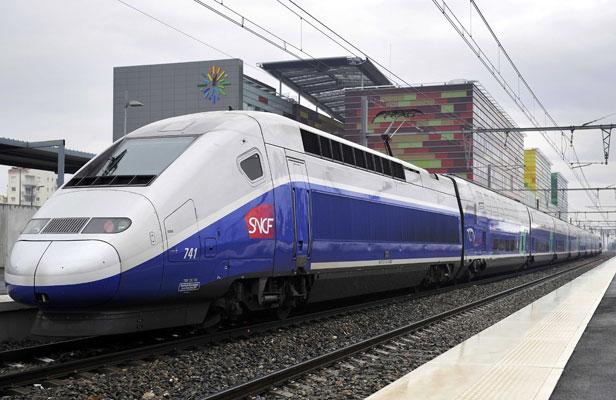 SNCF, France’s national state-owned railway company is working to make the TGV’s (high-speed trains) autonomous. These trains currently travel at 200 miles per hour and travel to over 230 cities across France. These trains also transport passengers to other nearby cities such as Spain, Belgium and Berlin. The ‘Drone Train’ project as it is called is expected to be equipped with the latest autonomous technology something similar to that of autonomous cars. External sensors and cameras, highly powered cameras, and real-time data will help these trains travel distances. The sensors will be the primary component in the case of autonomous trains, as they will help anticipate any obstacles on the track and automatically brake as and when necessary. Also, SNCF foresees that the autonomous TGVs will improve the regularity and the speed of trains. It is expected that the time between trains could reduce from 180 seconds to 108 seconds and the number of trains travelling on one single line will increase by almost 25%. At present, SNCF is focussing on autonomous steering driven by sensors and computer programs. However, this does not mean that SNCF is considering removing the driver completely from the trains. The driver is expected to be present in order to take action in case of only emergency situations.

Just like German automakers are leading innovators and developers of the autonomous car industry, similarly, German Railways – Deutsche Bahn is expected to operate full autonomy trains on some parts of the German railway network latest by 2023. The pilot project for these driverless trains began in 2016, at a test track in the Ore Mountains, near the Czech border. In Britain, with the development of the Docklands Light Railway, Britain’s Rail Network is also looking at fully automating the operation of the railway network. A Rail Capability Plan has been published, where in proposals are being sought to develop a safety regime to run autonomous trains. The Department of Transport, U.K. has also launched an innovating competition with up to 9 million pounds for developing ‘intelligent’ trains.

The United States too does not lag behind. According to a 2008 law, the US rail industry is expected to implement a semi-automated system called Positive Train Control. The system basically entails a combination of sensors placed alongside the tracks and inside the engine of the trains. This shall enable the train to automatically change its speed at any time without human intervention when it spots an obstacle in its path.

Geospatial technology is going to be the key component for the autonomous trains. The food for autonomous trains is going to be data. Trains, especially the long distance ones which cannot be controlled through people sitting in control rooms, will need to be aware of what is happening around them at all times and in real time.  Just like the autonomous cars, these trains are going to be loaded with sensors, GPS data, high-powered cameras and onboard powerful computer systems that will be directly linked to the control rooms. For long-distance trains, signals from the GPS satellites, combined with the data collected from sensors and video cameras, shall help the trains process the real-time data, enabling the trains to take the decisions for itself. The train will be able to understand the obstacles, and also avoid any possibility of collision. More so, the base map data for navigation purposes will be of critical value to have prior information of what exists in the surroundings. High precision maps, defined in absolute ranges of ‘centimetre’ or even ‘millimetre’, will be required.

Even though development of the technology is going to be expensive, the long term benefits are going to be huge. Since autonomy is expected to increase the speed of the trains; rail managers will be able to increase the number of trains running per track, instead of spending unnecessarily on building new tracks. Simultaneously, minimal investments will be required for the trackside infrastructure. To add on, decreasing costs of sensors and cameras, will offer more attainable opportunities. 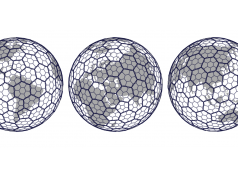 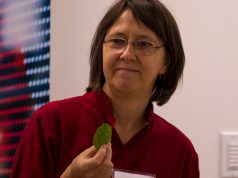 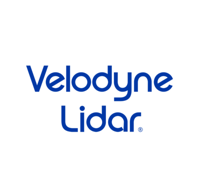