Relativity Space, a California-based newspace company, aims to become the first to launch a fully-3D printed rocket into space. The company will be 3D printing ninety-five percent of its upcoming Terran 1 rocket. Co-foounder and CTO Jordan Noone explains.

By manufacturing the rocket autonomously, using Stargate, the largest 3D printer in the world, (which Relativity also designed and built in house), Relativity Space significantly enhanced production speed. The company now plans to be able to go from raw materials to complete launch within sixty days.

Relativity Space was founded in 2015 by Tim Ellis and Jordan Noone, who come from Blue Origin and SpaceX, respectively. “We started out as just two people about four years ago. It was myself and co-founder Tim Ellis”, says Jordan Noone. “We have known each other since college. From our early days, we both knew the future of rocketry and aerospace would be in 3D printing. Terran 1, our first rocket, has a diameter of 7 feet, and is about 105 feet tall. Ninety five percent of our rocket consists of printed material. It’s a massive feat taking 3D printing technology and applying it to an entire product start to finish. No one has ever been doing this before.”

Innovative in both manufacturing and rocket design

“At Relativity, we are developing both a rocket line and an autonomous factory line simultaneously. While we are laser focused on our first launch, we do see a future where we are 3D printing other things. If we have this production line making rockets, then why not also use that and make an airliner fuselage? In that way we will likely be expanding in the next couple of years across aerospace. We are essentially making an application of form inflictors. The rockets are just the first application of the printing technology.”

“We have also developed the world’s largest 3D printer, known as Stargate. These printers have massive amounts of data collection. We will continue to debut new printing technology in our road to first launch. We use a lot of the data collection for real-time control of the printing process in order to maintain stability and consistency. This has been an in-house development effort since day one. We knew we’d need to make the world’s largest metal 3D printers in order to achieve our vision of a fully printed rocket.”

Relativity Space is fully venture backed, having announced over $185 million in private investment to date. Noone says: “Investors are always looking for continued growth, which we have not only in expanding the rocket side of our business but also expanding the factory side. There, our proprietary technology and autonomous manufacturing techniques will eventually be able to transform manufacturing to other sectors across aerospace. Not just rocketry.”

“The benefits from 3D printing are unquestionable. We are not limited or regimented by using fixed tooling in order to make our parts. If there is something we need to change, maybe we even want to design a whole new product out of the door, we can do that.  We can print rockets in days instead of the traditional manufacturing window of 18 – 24 months. Everything we do is enabled by our flexible production line and the ability to easily scale.  Our technology introduces autonomous manufacturing at scale in an industry that has traditionally has been extremely manual across the majority of assembly.”

A vision not heard before

“No one else in the world has really picked up the torch for pushing 3D printing an entire rocket. From our perspective, it makes a lot of sense allowing us to lower costs and dramatically increase the ability and speed of iteration. It also aligns with the direction much of the world is going.

“The rocket industry needs a lot of quality assurances, there’s a lot of verifications and validations. When manually processed, there’s a huge amount of labor involved. There’ll be more and more technicians, more and more quality insurance. Traditionally, the majority of the cost in building or printing a rocket has been on labor, up to 90 per cent.”

“Also, there is a massive amount of parts on a rocket; over 100,000 parts on a traditional orbital rocket. You will have a part count that keeps going up. For us, with 3D printing, we lower part count by 100x. Be it by combining multiple parts, or hundreds of parts, into one print. By lowering the touch points, you lower the amount of labor.  We’re also using a manufacturing process which is very keen for data collection. And that data collection let’s us do automatic quality assurance and verification that our parts have been made it well. These are all benefits of the flexible autonomous manufacturing.”

“With data collection, you can essentially provide feedback directly into the factory and the manufacturing process. By default, you’ll always have analytics about what’s going on within the factory. And traditionally, that’s a lot more difficult when you have a manual process, manual work orders, and pieces of paper being spilled out of the systems. Historically, the system has been very disjointed. We dramatically lower the number of manufacturing processes. We can also collect data from one printer on a plethora of processes spread throughout the factory. It helps a lot.”

“We’re aiming for first flight in 2021. As a company, there has been a ton of progress in between. I mentioned when we started four years ago, we were just two people. We are now up to over 110 employees and plan to have over 150 by the end of the year. We operate from three sites in the US. Our headquarters is in Los Angeles. We have a test site in southern Mississippi, where we do all of the engine and vehicle testing at NASA’s Stennis facility, and we will launch our first rocket out of Cape Canaveral. All of that activity on those sites are ongoing. In our headquarters we have a number of the large-scale printers actively making flight-ready components.”

3D printing as a trend

“I definitely think 3D printing is going to become a dominant force. I would say within twenty years everything in rocketry will be printed. Within fifty years the same will apply to everything in aerospace. It makes sense to do it, it’s the future from a variety of perspectives. It’s a technology that will take over traditional manufacturing, which is very archaic compared to 3D printing. Autonomous manufacturing also aligns with some of the latest tech trends like AI and the use of algorithms.”

Rockets are its first focus. But, in the long term, Relativity Space plans to build an autonomous manufacturing factory on Mars and 3D print the first rocket on the surface of Mars to launch and come home to Earth. Right now, humans need to send everything individually that they might need in space, or on Mars. “We think it will be much more efficient to send a 3D printer, land it on the moon or on Mars and actually manufacture the equipment and supplies in-situ. The ability to have a self-sustaining unit out there would very much accelerate manned exploration.” 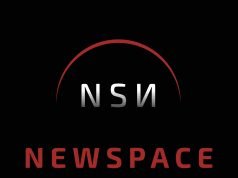