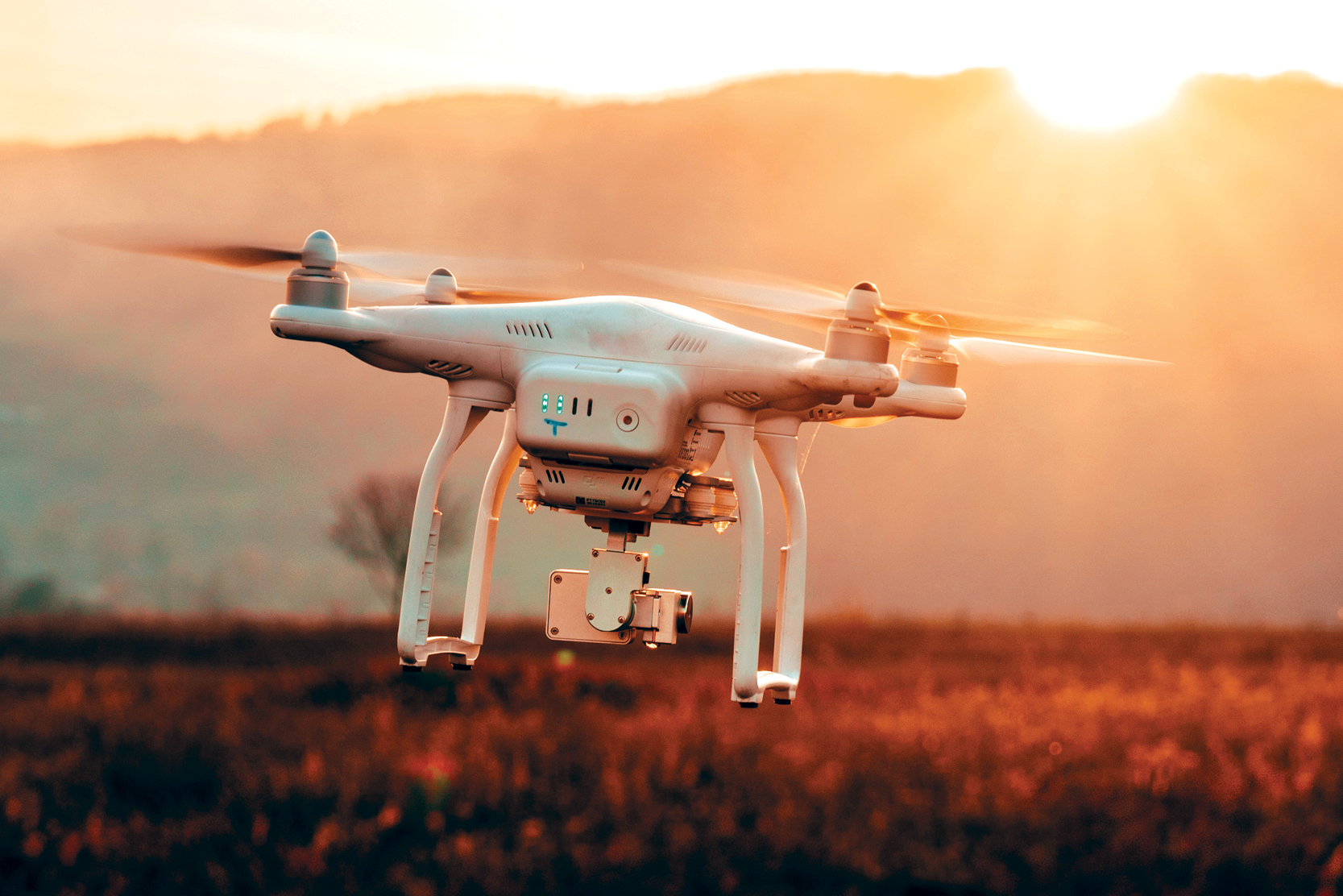 Let’s have a look at some of the most popular uses of drone, a technology that was designed to destroy but is now being used for the betterment of mankind.

On a bright sunny day in the August of 1849, the streets of Venice were crowded with happy faces celebrating Festa della Madonna della Salute. The revelers had little idea that soon, the sky above them would not only put an end to the festivities, but would also lead to their country’s surrender to Austria. For the first time in the history of wars, pilotless hot air balloons were used to drop bombs in the enemy territory. The technology was further developed after World War I and came to be known as drones several years later.

Thanks to their ability to reach inaccessible places, over the years, the use of drones in search and rescue operations, mapping and surveying, and in other civil applications such as policing and firefighting, has only multiplied. The exponential growth of unmanned aerial vehicles (UAVs), for drones as they are popularly called can be gauged from studies that predict the emerging global market for business services using drones to be worth over $125 billion in future.

Sky is the limit

Today, the application areas of drones are limitless. The technology that was once designed to destroy is now being used for the betterment of mankind. From wildlife conservation to disease control, emergency response, insurance to mapping, UAVs are being used in multiple sectors. Lauren K. Venin, Landscape Architect at Dresdner Robin, says, “The ability to safely and quickly gather data and to access inaccessible locations opens a world of possibilities for of drones use. Their ability to thoroughly and accurately map natural features while minimizing human trespass may lead to better understanding of ecologically fragile areas.”

Venin, who is also a Floodplain Manager and community volunteer, sees great potential in UAVs for emergency management agencies to assess damage in the wake of a natural disaster. Dresdner Robin based out of New Jersey has been using UAVs to provide critical data on river conditions to flood-prone communities. For one of its recent projects, the company reviewed Pompton Lakes’ flood-prone waterways by using 11 individual flights 215 feet above the water level. The drones moved at 10mi/h, using a 15-millimeter fixed-zoom lens, capturing 60 feet sections of the terrain. Images were snapped every two seconds (1,042 in total) and were later analyzed to locate obstructions in the river channel. These pictures aided a stream-cleaning project that is part of the borough’s flood mitigation program.

Another area in which drones are increasingly being used is the fight against deforestation. A good example of this can be found in remote fields in the south of Yangon, where mangrove saplings were planted by drones, exhibiting the ability of the technology to restore forests. Biocarbon Engineering, a startup that makes drones to plant trees and grasses, took up the initiative. The company has also planted trees at abandoned mines in Australia and in other parts of the world. In Myanmar, it is working with a non-profit organization called Worldview International Foundation. For plantation, drones are first flown over an area to map it and collect information about the topography and soil condition so that it can be combined with satellite data and analyzed to determine the best locations to plant seeds. Once the surveying is done, drones fire biodegradable pods filled with germinated seeds and nutrients into the ground.

Dr Subhash Ashutosh, Director General of Forest Survey of India (FSI), which comes under the Ministry of Environment, Forests and Climate Change, says drone is a new technological addition to their data acquisition and collection methodology, and that FSI has been using UAVs for survey and demarcation of R&D applications in species identification. FSI deploys drones fitted with multispectral high-resolution cameras so that the algorithm for species identification can be used in an automated manner. Dr Ashutosh adds that soon after FSI started using the technology, several other departments picked it up for mapping and surveying.

Similarly, HESOFF, a project implemented in cooperation with the Institute of Aviation, Warsaw and the Forest Research Institute, Sekocin Stary, uses drones for forest health assessment. The project is co-financed by European Commission and the National Fund for Environmental Protection and Water Management.

Marcin Spiralski, a GIS and teledetection specialist at the Institute of Aviation, Poland, says that they are using fixed-wing drones to monitor forest health and drought possibility. “We use fixed-wing UAVs with multispectral six band camera for advance analysis for orthophoto maps with near infrared channels up to 1000 meters to review forest condition,” he says.

Agriculture is another sector where drones are completely changing the way operations are carried out. Jovan Parusic, head of Business Development and Marketing, Agremo, a drone company based in Belgrade, Serbia says, “Drones have a development story of growing from a toy to a life-saving tool. In agriculture, they will soon become as important as tractors. Drones can help in sprouting and monitoring crops, and can scale up the production and bring down costs.” Drones can be employed for innovative rule-based reasoning to accurately count plants and determine stands from different angle orientation. They can help assess, prevent and correct crop damage throughout the season by routine monitoring and early detection. Ira Devir, CEO of Agrowing, based in Israel, agrees with Pursaic. Devir says, “The world is hungry and it needs food. The best way to cut down on crop losses is through early detection of plant diseases. This is where drones can be of great use.”

Rajiv Sharma, President of 5th Dimension Technologies, headquartered in Hyderabad that uses drones for collecting, analyzing and delivering information that transforms how businesses make decisions, points out, “Drones have many applications, some of which we have not yet imagined. UAVs are starting to replace hazardous works such as climbing tall structures, inspecting confined areas and traversing dangerous terrains. They are helping save lives during search and rescue efforts and are optimizing energy production and delivery.” Sharma believes that in future, drones will be used to transport people and goods to hard-to-reach areas, delivering life changing access to healthcare and technology all over the world. UPS and autonomous drone technology firm Matternet has already started doing that. The company has been experimenting with medical deliveries using drones (Matternet’s M2 quadcopters) to WakeMed hospital in Raleigh, North Carolina. The effort is the result of the FAA’s Unmanned Aircraft System Integration Pilot Program, a three-year project set up to test the safe integration of drone technologies into commercial airspace.

Drones have become an eye in the sky to give us the view from above. They provide real-time, high-resolution imagery at a very low cost. Drone data is more likely to result in correct measurements in the first time, vastly reducing the time and cost of repeat site visits. Darshan Divakaran, UAS Program Engineer, North Carolina Department of Transportation, Division of Aviation, says, “Satellite imagery has played a pivotal role for almost two decades now. But, it has several limitations concerning cost, data sharing and time. In contrast, drones can capture aerial imagery at a far higher resolution, more quickly and at a much lower cost. And unlike satellites, people can own drones. UAVs also have real-time streaming capabilities that enable quick decision-making.”
Backing Divakaran’s argument, Lauren K. Venin says, “As a Landscape Architect, I appreciate the high quality of UAV imagery as well as the geo-referencing of images. Using drone photographs as a backdrop for graphic plans allow easy integration of aerial pictures into graphic presentations without the loss of image clarity that we generally encounter when using readily available satellite imagery.’’

With miniaturization of sensors, it has now become easy to capture imagery using drones. The advancement in sensors has two primary impacts: data quality and automation. Better visual and thermal sensors capture ever-higher resolution images, which means drone data is more accurate and easier to use. New sensors are also being used to guide a drone’s flight path, keeping a consistent distance from a structure or the ground to enable automated flights and increase measurement precision.

“The future of drone technology depends on sensors in many ways. From multispectral camera sensors for agriculture to thermal sensors for search and rescue, we have seen this technology changing. Today, new drone mounted multi-sensor systems running Artificial Intelligence and Machine Learning are being used for critical infrastructure inspections. Further, chemical sensors can be attached to find out information about the chemical composition of an environment,’’ says Massimo Cipeletti, CEO of 3DT based in Italy, a company that manufactures LiDAR for drones.

Right polices are a must for technologies to revolutionize the world. Drone, which was considered an immature technology till sometime back, has now started catching the attention of policymakers. With drones being allowed for commercial use, an entire industry has emerged, enabling businesses to enhance safety and delivery standards.
Countries around the world are working to integrate drones into the national airspace. Until a year ago, there were a lot of restrictions that limited the use of UAVs. Now, operations Beyond Visual Line of Sight and at night are being considered, and unmanned traffic management is being tested in urban environments. Regulatory bodies are working with government agencies, industry and universities to streamline laws. Flexible rules have made the US, Europe and China the three largest potential markets in the world for commercial drones.

“Different markets have different applications of drones. In the US, you have an amazing market; people are using drones and are open to modern technology. At the same, in South Africa, which is a great country for agriculture, there are strict laws for drone operations.  You have to wait for around 18 months to get a license, and when you do, you have to scale up your mapping crew from one drone pilot to four. This increases the cost raising questions about the applicability of the technology,” Pursaic says.
With government and private entities across sectors opting for drones for key operations, many believe that the growth and success story of drones has just started.