1. Introduction
The recent development of more sophisticated remote sensing systems enable the measurement of radiation in many more spectral interval than possible previously. An example of this technology is the AVIRIS system, which collects image data in 220 bands.

The increased dimensionality of such hyperspectral data provides a challenge to the current techniques for analyzing such data.

Supervised classification techniques use labeled samples in order to terrain the classifier. Fukunaga(1989) proved that the required number of training samples is linearly related to the dimensionality for a linear classifier and to the square of dimensionality for a quadratic classifier. It has been estimated that as the number of dimensions increases the training samples size need to increases exponentially in order to have an effective estimate of the multivariate densities needed to perform a non-parametric classification.

A number of techniques have been developed to reduce dimensionality. One of these techniques is Principle Component Analysis (PCA) .PCA is effective at compression information in multivariate data sets by computing orthogonal projections that maximize the amount of data variance. It is typically performed through the egin-decompositopn of the spectral covariance matrix of an image cube.

1) PCA is optimal when the background associated with signal sources is Gaussian white noise. This is often not the case in hyperspectral images, where the clutter includes contributions from interface sources such as natural background signatures as well as structured (nonrandom) noise such as stripping, when the Gaussian assumption dose not hold, the background clutter can become indistinguishable from signal source.

2) The objects of interests are often small relative to the size of the scene, and therefore contribute a small amount to the overall variance. PCA often fails to capture the variability associated with small objects unless their spectra are nearly orthogonal to the background spectra.

An alternative to PCA that can alleviate some these problems is Minimum Noise Fraction (MNF) transform. This transform, also known as noise-adjusted principle components, was designed to produce orthogonal component images that are ordered by image quality as measured by the SNR, rather than the data variance.

The MNF transform is equivalent to sequence of two orthogonal transformations where the first rotates the data such that the noise covariance matrix is diagnolized, thus “whitening” the noise, followed by a standard PCA transform. PCA performance is improved because the noise effects on signal source are minimized by the whitening process, however the MNF transform still depend on “bulk” image properties, so it is not generally sensitive to small objects. For these reasons it is proposed a new dimension reduction method based on wavelet decomposition .The principle of this method is to apply a discrete wavelet transform to hyperspectral data in the spectral domain and at each pixel location. This dose not only reduce the data, volume but it also can preserve the characteristics of the spectral of signature. This is due to intrinsic property of wavelet transforms of preserving of high and low frequency during the signal decomposition, therefore preserving peaks and valleys found in typical spectra. In addition, some of subbands especially the low pass filter, can eliminate anomalies found in one of the bands. Our experimental results for representative sets of hyperspectral data have confirmed that the wavelet spectral reduction as compare to PCA provides better classification accuracy.

This paper is organized as follows. Section 2 provides an overview of the automatic multiresoluton wavelet analysis for dimension reduction of hyperspectral data. Section 3 discusses the automatic selection of level of decomposition. Section 4 presents results for the automatic wavelet reduction. This is accomplished by investigating the impact of the wavelet reduction on classification accuracies for different conventional classification methods and Section 5 provides our concluding remark for this work.

2. Automatic Multiresolution Wavelet Analysis
Multiresolution wavelet transform can provide a domain in which both time and scale information can be studied simultaneously giving a time-scale representation of the signal under observation. A wavelet transform can be obtained by projection the signal onto shifted and scaled version of a basic function. This function is known as the mother wavelet, Ψ (t), A “mother wavelet” must satisfy this condition

This condition implies that the wavelet has a zero average

And the shifted and scaled version of the mother wavelet forms a basis of functions. These basis functions can be represented as

Where “a” represents the scaling factor and “b” the translation factor.

Wavelet transforms may be either discrete or continuous. In this paper only discrete orthonormal based of wavelet are considered. For dyadic DWT the scale variables are power of 2 and the shift variables are non overlapping and discrete.

One property that most wavelet systems satisfy is the multiresolution analysis (MRA) property. In this paper Mallat algorithm is utilized to compute these transforms.

Following the Mallat algorithm, two filters [the lowpass filter (L) and its corresponding highpass filter (H)] are applied to the signal, followed by dyadic decimation removing every other elements of the signal. Thereby halving it is overall length. This is done recursively by reapplying the same procedure to the result of the filter subbands to be an increasingly smoother version of the original vector as shown in Fig.1. In this paper, such 1-D discrete Wavelet transform will be used for reducing hyperspectral data in the spectral domain for each pixel individually. This transform will decompose the hyperspectral of each pixel into a set of composite bands that are linear, weighted combination of the original spectral bands. In order to control the smoothness one of the simplest and must localized Daubechies filter, called DAVB4 has been used. This filter has only four coefficients.

In the algorithm of wavelet reduction we need to reconstruct the spectral signature to automatically select the number of levels of wavelet decomposition.

While wavelet decomposition involves filtering and downsampling the wavelet reconstruction involve upsampling and filtering. The upsampling process lengthens decomposed spectral data by inserting zeros as highpass component between each element. The inverse wavelet transform is given by: 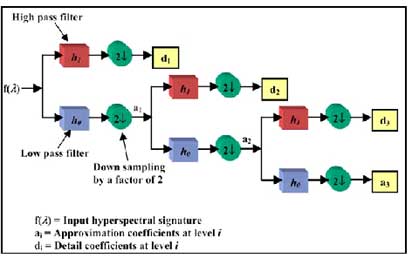 Fig.1. A dyadic filter tree implementation for a level-3 DWT

Fig.2. Example of a pixel spectral signature and different levels of wavelet decomposition for the lowpass component
3. Wavelet-Based Dimension Reduction

A. General Description of Algorithm
Wavelet-Based reduction can be effectively applied to hyperspectral imagery. Performance of wavelet reduction can be better for larger dimensions. This property is due to very nature wavelet compression, where significant feature of the signal might be lost when the signal is under sampled.

The general description of the wavelet reduction algorithm follows;

Where N is the original dimension of the signal.

Table.1 shows the similarity between the original spectral signature and its reconstructed approximation of one class for the scene in our image. As seen from the table, as the number of levels of decomposition increases and the signal become more different from the original data, a proportionate decrease in correlation is observed. For each pixel in the hyperspectral scene and for each level of decomposition the correlation between original and reconstructed signal is computed.

All correlation higher than the user-specified threshold contributes to the histogram for that level of decomposition. When all pixels are processed, the lowest level of wavelet decomposition needed to produce such correlation is used for the reminder of the algorithm.

Table1. Similarity Measures Between The Original Versus the Reconstructed Spectral Signature for one Class in our image.

4. Wavelet-Based Reduction and Classification Accuracy
We have experimentally validated our Wavelet Based dimension reduction by using remotely sensed image tests from a hyperspectral scene. Using the ENvironment for Visualizing Images (ENVI) as a tool for classification accuracy to assess the accuracy of our Wavelet Based method and PCA we calculated the error (confusion) matrix of several classification methods for the same level of compression between the Wavelet and PCA.

Now it is the turn of introducing four statistical supervised classification methods that we used in this work.

Maximum Likelihood (ML)
This method assumes that the statistical for each class in each band are normally distributed and computes all of the probability of classes for each pixel and assign that pixel to the class with the highest probability value.

ParallelePiped (PP)
The parallelepiped classifier is a very simple classifier, in this algorithm the range in all bands describes a multidimensional box or parallelepiped, if, on classification, pixel are found to lie in such a parallelepiped they are labeled as belong to that class.

Data Source and Study Area
In this work we used an image of a portion of the Airborne Visible/Infrared Imaging Spectrometer (AVIRIS) of hyperspectral data taken over an agricultural area of California, USA in 1994 (Fig.3). This image has 195 spectral bands about 10nm apart in the spectral region from 0.4 to 2.45μm with a spatial resolution of 20m.The test image has a pixel of 145 rows by 145 columns. And its corresponding ground truth map is involving 12 class. The number of training pixel for each class is in Table2. 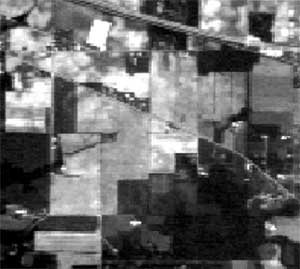 Fig.3. Test AVIRIS data. California 1994
Experimental results
In this work we used two software for implementation of our research.

MATLAB 6.5: This software has been used for implementation of Wavelet reduction and PCA algorithms.

Some authors believe that there are two main factors that make Automatic Wavelet Reduction outperform the PCA as follows.

5. Conclusion
The high spectral resolution of hyperspectral data provides the ability for diagnostic identification of different materials. In order to analyze such hyperspectral data by using the current techniques and to increase the classification performance, dimension reduction is pre-processing for removing the redundant information substantially without sacrificing significant information and of course preserving the characteristics of the spectral signature. In this paper, we have presented an efficient dimension reduction technique for hyperspectral data based on automatic Wavelet decomposition. With a high number of bands produced from hyperspectral sensors, we showed that the Wavelet Reduction method yields similar or better classification accuracy than PCA. This can be explained by the fact that Wavelet reduced data represent a spectral distribution similar to the original distribution, but in a compressed form. Keeping only the approximation after Wavelet transform is a lossy compression as the removed high frequency signal (details) may contain useful information for class separation and identification. PCA also has a similar problem when not all the components are kept. This is, however the tradeoff when compression or reduction is used.