Abstract
Often times the full documentation of a historical site requires excessive surveying and photogrammetric work, while numerous objects of both large and very small volume should be recorded. Moreover, the complexity of the objects, their usually large number and their spatial, topological or historical interrelation, calls for application of advanced GIS techniques for their documentation.

To a growing extent, users ask for and photogrammetrists must produce virtual 3D representations of objects of architectural and archaeological interest. Until recently such results could only be generated at high cost and with highly specialized photogrammetric equipment; consequently, routine work in this field did not seem practicable. Today, digital techniques not only pave the way for new products but also allow photogrammetric practice, when applied to the documentation of architectural and archaeological objects in particular, to employ modest means to ends of high quality.

These questions of documentation and development of virtual representations are addressed in the present contribution, which has been motivated by the impressive number of tasks falling into this category and, more specifically, by the documentation of the 14th -century Monastery of St. Dionysios, Mt. Athos and the early post-byzantine frescoes of its church. Finally, the approaches are illustrated with examples of a 3D virtual representation of the church, an animated walk-through and a much needed automatic indexing of the numerous frescoes using GIS and multimedia means.

The monastery was established in the second half of the 14th century by Saint Dionisios, who was a monk at that time at the monastry of Philopheou, Mt. Athos. In 1375, the byzantine Emperor Alexios the 3rd of the Komninos family (Fig. 5) issued the official decree for the establishment of the monastery, which is sealed by the emperial golden stamp. This official document among other emperial documents (Fig. 4) of the 14th century are kept in the monastery.

The buildings of the monastery were built in different time periods, and due to the high seismicity of the area many of them have been repeatedly renovated.

As it is typical in the monasteries of Mt. Athos, the main church (Katho-likon) is located at the center of the whole building complex. The main church was built during 1535-1547 and has 5 cuppolas which are covered by copper sheets. The dimensions of the church is 28mx 18m x 20m and its interior is fully covered by magnificent frescos made by the famous Cretian painter Zorzi (1st half of the 16th century). Worth mentioning is also the wooden temple of the church which was covered by gold in 1803, while parts of the earlier temple from 1553 are still recognized in some places.

The whole monastery is a unique architectural monument as a whole. Besides, many of its structural components are monuments themselves. Worth mentioning are the three wooden crafted doors of the main church, the central one being covered by golden leaves (Fig, 6). The interior of the main church besides being decorated by frescoes (Fig. 7), it also contains the wooden temple (mentioned above) (Fig, 8) and a lot of other unique items, among them fascinating portable icons (Fig, 9).

The archives and the museum of the monastery contain a big amount of unique documents, like the above mentioned emperial orders (see Figs. 4, 5) and historical relics like a big collection of wooden crafted and metal crosses (Fig. 10).

Figure 11. Typical wooden and metal crosses from the monastery musuem

The documentation project
According to the Venice Convention: “….The restoration procedure is a very specialized procedure which must be done exceptionally. It’s objective is to preserve and uncover the monument’s aesthetic and historic values and is based on the respect to its starting standing and its authentic elements. It stops at the point from which guesses begin about the monument’s original condition. Apart from this point every procedure considered needed to be carried out for technical or aesthetic reasons, must be distinguishable from the (starting) architectonic composition and must have today’s sign on it. In all cases archeological studying must precede the procedure of the restoration which will follow……”, also “…. The works of conserving, restoring and excavating must be based on reliable proofs, which are analytical reports enriched with fully detailed designs, plans and photos. All parts of works carried out dealing with “extraction” of recent parts of the “artwork”, consolidation of the structure, restoration and the embodiment of new “elements” and all the technical and morphological elements found during these procedures, must be carefully written down. These proofs and facts must be open for every one to reach and study. Their publication is being suggested……”.

Therefore the photogrammetrist’s job in providing such reliable proofs and detailed documentation is quite important. When studying such a complex monument the involved work is quite tedious and should be done with extreme caution and respect to the monument.

On the technical side, the documentation involves mapping of objects of quite different sizes, required degree of detail and accuracy. To make the picture more complete, we should mention restrictions in entering specific areas of the monastery (either due to masses taking place both in day and in night time, or for reasons of disturbance), lack of electric power in some areas, the restriction of moving outside the monastery anything at all, and the inconvenience of carrying into the Mt. Athos area large instrumentation (like surveying and photogrammetric instrumentation).

Therefore the whole documentation process should be done with the minimum stay in the monastery, the minimum instrumentation, while at the same time should cover all the required scale, detail and accuracy requirements.

In this paper we are going to briefly report only on a few phases of the documentation and the delivered products, namely :

3D reconstruction of small objects
Portable, light-weighted “Control-point devices” either from aluminum or from plexiglass (like the one’s shown in Fig 12) have been constructed and used instead of the usual surveying of the control points. The photography has been carried out with Rollei and Kodak DCS-460 cameras with artificial light. Digital Photogrammetric software, automatic matching and surface reconstruction, and the 3D-Builder software has been used. Accuracies at the range of 1mm-5mm have been obtained.

Figure 12. Portable, light-weighted “Control-point devices” from aluminium and plexiglass have been used

3D reconstruction of medium size objects
Again, instead of using regular surveying, control information has been obtained through aluminum frames. Photography and processing has been done on site while detail photography served for documentation at larger scales. 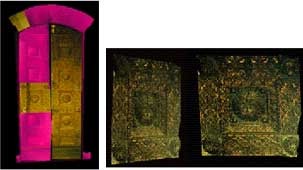 Figure 14. 3D recontsruction and visualization of the curved gold-plated door of “Katho-likon” and documentation of detail. Only three such doors exist worldwide.

3D reconstruction of the church
The main source of data was the regular surveying. Four plans in different levels of the church (from ground level up to the ceiling at the domes) and some fourteen cross-sections were produced. Besides control points for the rectification of the frescoes were surveyed at the same time.

Figure 15. Architectural plans, cross-sections, and photo drapping have been for the 3D reconstruction and realistic visualization of the main church

Figure 16. The 3D plastic model of the building has being augmented by rectified photomsaics of the interior frescoes. From these data, realistic walk-throughs have been designed. 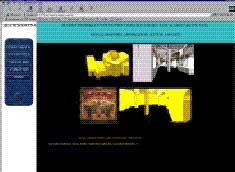 Figure 17. The Electronic Indexing System is a web-based HTML application

Video files, walk-throughs, VR models of the whole building with real images of the frescoes are also available from the same application. Figure 18. The navigation through the Electronic Indexing System is done in a GIS-like manner.

Conclusions
In a wide-range documentation projects, like the one reported here, the time, cost, scale and accuracy requirements span a wide range. Different techniques, instrumentation and planning is required, while the size of the object and the use of the documentation records are the primary parameters. State-of-the art VR techniques provide real-world 3D-representations which are easily comprehented by non-experts. Although visualizations have their own value, accurate 3D-data are of absolute importance in documentations of monuments. “Smart” documentation of the frescoes calls for the development of GIS-like systems and the Internet environment proves itself a useful tool.