Who’s willing to share?
Spatial data are expensive resources and, particularly in developing countries, appropriate spatial data may not always be readily available.

Some of the possible bottlenecks in the availability of, and access to, spatial data have been found to arise from insufficient flows of information and poor data management (Onsrud & Rushton, 1992).

Since acquisition of certain types of geographical information or geospatial data is difficult and/or costly to collect for many individuals, this concern has translated into how to get the data from other parties – where to find them; how to obtain their costs, currency and reliability; and the terms under which they can be used and the liabilities incurred. (Rhind, 1999: 767)

Potential spatial data users may have difficulty finding, or gaining access to, relevant spatial data because of a lack of institutional co-ordination. In many instances, potential spatial data suppliers may not be aware of what geographic information they have accumulated or who might need it. Poor management of data resources prevents better dissemination of spatial data (Campbell, 1991). The result is duplication, inefficiency and lost opportunities for the use of spatial data to assist in solving problems.

As the importance of using spatial data to address complex social, environmental and economic issues continues to grow (Nebert, 2001; Longley et al., 1999), the need to access, integrate and use spatial data from disparate sources to guide decision making is being recognised by public and private sector organisations.

National, regional, and even global efforts are underway to better co-ordinate the collection, distribution and use of digital geographic information. The aim of such frameworks is to reduce high data duplication costs and data availability bottlenecks. These initiatives are actively promoting access to, and re-use of, spatial data by encouraging collective conventions and agreements. Only through common conventions and technical agreements will it be easily possible for local communities, nations and regional decision-makers to discover, acquire, exploit and share geographic information vital to the decision process. (Nebert, 2001: 7)

The concept of a spatial data infrastructure to co-ordinate spatial data-related collaboration among organisations is by now widely known and being implemented. A survey at the national, regional and global initiatives world-wide has shown that they are based on the same basic model: the development of metadata, clearinghouses, core data sets, and standards for data collection (Onsrud 2000). The underlying principle that is being advocated is spatial data sharing. This can be defined as an exchange relationships that may or may not include financial payment or payment in kind and that entail making spatial data accessible to, or from, other parties under certain terms and conditions (Wehn de Montalvo 2002). At closer look, it appears that these initiatives are based on the assumption that key individuals within organisations are motivated to engage in spatial data sharing.

Yet virtually nothing is known about how the motivation to share can be fostered so that inefficiencies and lost opportunities for the use of spatial data can be reduced. For example, organisations making more spatial data accessible than they receive may perceive that they are losing out while the data receivers may believe they are gaining from an exchange relationship. Alternatively, it may be believed that the distribution of spatial data to decision makers provides an opportunity to gain influence with those decision makers, thus reducing any resistance to data sharing. Perceptions may also vary with respect to the costs of, or obstacles to, sharing spatial data. Rhind (1998) has provided a summary of the views of different stakeholders which suggests that the perceptions of various actors from the public and the private sector may differ substantially in terms of finance and the dissemination of information, both in the short and in the long term. These are only a few of the complex rationales and beliefs that individuals within organisations may hold about the advantages and disadvantages of sharing spatial data.

In the light of experience so far and anecdotal evidence suggesting that there are considerable non-technical barriers that are likely to discourage data sharing, it is important to systematically explore and assess what the factors are that contribute to such resistance. However, these non-technical factors – i.e. the behavioural and perceptual issues that are likely to strongly influence data sharing behaviour – require careful consideration. The nature of these perceptions should not be generalised across organisations without recourse to an empirical investigation that permits validation of some of these assumptions and that provides a basis for generalisation.

How can we research attitudes and mindsets?
The growing importance of spatial data availability and data access for the effective use of GIS has begun to generate a branch of literature that focuses directly on the issue of spatial data sharing. While this work offers insights into some of the factors that may influence individuals’ engagement in spatial data sharing activities, it does not provide a systematic account of the social aspects of this behaviour or the beliefs that individuals involved with the generation and use of spatial data may hold.

Research within the discipline of behavioural science deals with decision making in the general context of predicting and explaining behaviour and the research on attitudes is a central consideration within this body of work. It focuses on subjective perceptions of individuals rather than on objective observations to explain behaviour. Beliefs are understood as providing the subjective basis for individuals’ decisions. Although people are assumed to hold a great number of beliefs about a particular behaviour, only a small number, the so-called salient beliefs, are expected to be the predominant determinants of intention and action. “It is at the level of beliefs that we can learn about the unique factors that induce one person to engage in the behavior of interest and to prompt another to follow a different course of action.” (Ajzen 1991: 206-207). Drawing on this field of research, a framework has been developed for examining the factors that influence individuals’ willingness to engage in spatial data sharing (Wehn de Montalvo 2001, 2002). The main theoretical constructs that are developed and operationalised are the elements of ‘attitude towards the behaviour’, ‘social norm’ and ‘perceived control over the behaviour’. Empirical evidence with respect to these constructs can indicate how they influence the willingness of individuals (or organisations) to engage in a particular behaviour. Beliefs are assumed to provide the basis for the formation of each of these constructs, i.e. ‘attitude towards spatial data sharing’, ‘social norm’ and ‘perceived control over the sharing process’.

This approach can be applied in a real-life situation to capture perceptions of the motivation of individuals embedded in organisations to engage in spatial data sharing. A model of spatial data sharing is constructed and the antecedents of the main components of the model are traced to the underlying beliefs. The principal aim of this kind of research is to examine the nature of the conditions under which the different actors involved with spatial data are likely to be willing to share the data across organisational boundaries to overcome bottlenecks in the availability of, and access to, spatial data so that GIS can be used more effectively. The resulting insights are expected to encourage policy developments that promote a behaviour that has the potential to increase the use of GIS w hich is widely regarded as being a useful tool for decision-makers in developing countries (Schwabe et al., 1998). The basis for the research is provided by the views of representative individuals and the interpretation of these views as indicators of likely organisational behaviour. The selection of key individuals from different organisations is based on the assumption that these decision makers can be expected to have a reasonably accurate understanding of their organisation’s position on spatial data sharing matters. Therefore, their responses to questions about their beliefs and behaviour provide a good indicator of their organisations’ expected or planning behaviour. In this respect, the individual’s perception can be taken to be consistent with the collective view of an organisation.

By studying key decision makers embedded in their organisations rather than focusing in-depth on all aspects of individual behaviour within an organisation, the research is not limited to investigating a very few organisations and there is a basis for generalisations to be drawn from the research results that is greater than would be the case if the research strategy employed a small number of in-depth case studies. A range of individuals and organisations can be included in the sample with the goal of examining their dispositions towards spatial data sharing across organisational boundaries. This research strategy provides a means to extend the analysis to encompass a larger arena (Markus & Robey, 1988), for example, the full scope of a single national spatial data infrastructure and a representative sample of its participants. 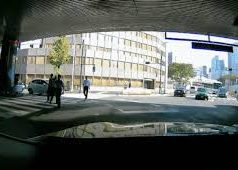