An advanced national SDI is enabling the government and industry in South Korea, and convergence between GI and other fields is important by identifying new opportunities.

As rapid industrialisation enabled South Korea to achieve dramatic economic growth in the seventies and eighties, the country faced several side effects too. Unorganised territorial development, overburdened infrastructure and a number of accidents led to weak national competitiveness and overall productivity. Then, in the late 1980s, a few local governments and public organisations in the country understood the benefits of geospatial data and created repositories on individual basis to manage facilities. While the organisations gained at individual levels, there was no data sharing between them, leading to continuous duplication of the same geographic data. These were a huge drain on the budgets, and confusion due to data mismatch was another serious problem.

With the awareness about the benefits of spatial data and geospatial technologies growing, the Korean government initiated its first national geographic information system (NGIS) project in 1995 to enable government organisations, encourage data sharing and minimise data duplicacy issues. The NGIS is based on a master plan that is renewed every five years, and the fourth NGIS project should have been implemented until 2015. However, it was completed before time and the fifth project was prepared, which will be launched in 2014.

The first NGIS master plan (1995-2000) used most of its budget to establish geospatial data. During 2001-06, the budget for GI application exceeded that for data. In 2007 and onward, as the graphs show (Page 37), there was again a change in the spending pattern. This is because the pre-2000 digital maps needed updates and there was also the newly created 3D geospatial data. Geospatial policy in Korea chronologically developed through various stages — that of data establishment, application development and provision of integrated services.

Cadastral maps were also digitised with total 37.2 million parcels, information that was integral to land management including ownership, transaction, evaluation, and use. The parcel data were highly used in government administrations, citizen information services, and private business activities. Approximately 300 types of land-use zoning maps were also digitised and it was just a click away for users to check land-use regulation set for each parcel.

Geospatial data for facilities in urban areas were also created from water, sewage, electricity, and communication to gas. The data for underground facilities were especially important to avoid disaster due to damage. These datasets were now co-used by different organisations.

Additionally, other geospatial data, including forest type maps, geological maps, land-coverage maps, and soil maps were created by the NGIS projects. From 2010, 3D geospatial data was created with the help of satellite imagery and high-resolution aerial photographs.

All the geospatial data are currently shared through various channels. Each local government body has established geospatial data integration system, applying it to different administrative works. These systems from local governments are further integrated into the National Spatial Data Infrastructure System run by the Ministry of Land, Infrastructure, and Transport. Geospatial data, such as digital topographic maps, are provided to citizens and private sector through the National Spatial Information Clearinghouse. Others, including 3D geospatial data, are also shared through Geospatial Information Open Platform.

Underground facility management information system was also developed to manage water, sewage, gas, electricity, and communication. The importance of these facilities in the NGIS project was raised after a gas explosion accident at an underground subway construction site in 1995 that caused huge losses. Information system for water and sewage was managed by local governments and the respective public or private organisations handling gas, electricity and communication services.

The Korean Planning Support Systems (KOPSS), under development from 2006 based on spatial analysis method of GIS, aimed to effectively support urban planning and management, which required more expertise than other administrative agenda. KOPSS presented necessary information during the urban planning process with subjective and scientific bases. NGIS projects contributed to e-government based on geospatial data, improving administrative productivity as well as citizen information service. Instead of visiting a city hall for information, people could now access land-use plan details and relevant documents for each parcel through the Internet. In 2103, approximately 240,000 land-use planning certificates were provided to citizens per day. Legally possible land-use attributes for each parcel are also easily accessible online and has become highly popular with an average of 37,000 accesses per day. Tourist map, navigation, and public transport information services are also being provided based on geospatial data.

GI industrialisation
The NGIS project indeed affected the private sector businesses by creating a public geospatial market with data availability and application development, and facilitating private content business development. Of late, private sector is offering more hybrid geospatial information services. The automobile navigation market is an exemplary case, with most vehicles in Korea now equipped with navigation systems. Another interesting example is the case of a few thousands of screen golf fields which connected golf and geospatial data for entertainment and leisure.

It is now fairly easy to access high-resolution geospatial data and maps together with other contents on the Internet, and websites in Korea have increased their investments in high-quality map services, both for desktop and portable devices. Geospatial information service on mobile Internet connection is considered important for competitive advantage. This is already showing fierce growth with the market size expected to touch multi- trillion KRW in the coming years.

GI-based business offers environment for people to use myriads of services whenever and wherever. Internet portals and mobile communications provide different information such as simple location, restaurant, real-time traffic, oil price, safety, weather, real-estate etc. Location-based services by private sector incorporates more diverse contents. All the information for everyday lives will be accessible anytime and anywhere with any kind of device based on this location-based service.

Future issues
The Korean geospatial policy has shown some noticeable shifts through its implementation phases. The government supply-basis has changed into a user demand-basis. GI application is now expanded to private sector, which was originally triggered by the public sector. Cross-cutting application has considered inevitable from single-topic application. GI is also utilised to support decision making, rather than to simply manage materials such as land-use and facilities. Above all, GI value creation mechanism has evolved from agency-level value chain to national-level value network.

It is thus inevitable for Korea to develop demand-based spatial data infrastructure. At present, the biggest issue in the country is the quality of geospatial data. The strategy of digitising the pre-existing paper maps owing to budget and time crunch, however, has proved to be not a wise one over time. While they lack fine quality due to data mismatch and errors during the digitisation process, the current geospatial data maintenance based on periodic update gives another difficulty in providing the latest and the most accurate GI database. Limited openness and inconvenient distribution channels are also fundamental hindrances to facilitate effective use and application of the data. It is therefore important to continue the improvement of National SDI through task-based update, active openness, and improved distribution system of geospatial data.

Promotion of geospatial convergence is also on the agenda. There should be focus on creating new industry based on the convergence between the GI and non-GI sectors. Industries such as urban planning, gaming, travel, logistics, and automobiles will interconnect geospatial data to create new, high value-added fields and to provide new jobs, thus expanding geospatial market.

GI application will be developed further into diverse areas, with the emphasis on geospatial Big Data in particular. GI application will also accommodate diverse interests in areas including public health, welfare, medical service and entertainment.

Korea’s geospatial policy aims to achieve national policy agenda of the ‘Creative Economy and Government 3.0’. An advanced national SDI is necessary for this goal, and convergence between GI and other fields is therefore important to suggest new opportunities to the market.

GI users and the demands from the users evolve according to different stages of national development. National SDI system should be equipped with equally evolved mechanism which consists of comprehensive relationships among different variables. Entangled interests among different organisations or people could hinder opening and sharing of information, even more than what could be experienced from technological issues. 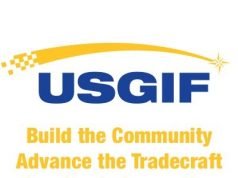