The growing use of Global Positioning System (GPS) in various spheres of our lives is well recognised. From searching for the shortest route to a destination to guarding against a car theft, GPS impacts our lives in a lot of ways. However, despite its growing utility, it is the blocking of GPS signals which is hitting the headlines. GPS signals are known to be inherently weak and are prone to accidental and deliberate interference. With advancement in technology, jamming devices are extremely easy to obtain and instances of GPS jamming are growing by the day. 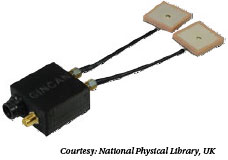 What’s the threat?
With the increasing use of GPS jamming devices, ithas become difficult to rely on GPS for navigation and positioning. Carjackers can easily disable the tracking device in a vehicle and thus steal valuable cargo without being tracked. According to a news report, there were more than sixty cases of GPS jamming in just six months in the United Kingdom. Moreover, the effects of jamming can reach far beyond its intended area, thus endangering critical infrastructure that relies on GPS signals for its functioning.

In 2010, The Economist reported that a commercial vehicle fitted with a GPS jammer drove past the Newark airport as part of its daily route. The jamming device inadvertently disrupted the airport’s landing system, which lead to an enquiry spanning several months, by the airport authorities.

Countering the threat
As news is spreading about GPS jamming, technology to counter GPS jammers is also making rounds. By connecting a small, feather light device, you can protect your GPS receiver against jamming. Known as GINCAN (GNSS Interference Cancellation), the product developed by Roke, uses a combination of technologies. It is a bolt-on anti-jamming product, which can be installed by simply removing the existing GPS antenna from your unit and replacing it with the GINCAN device and its antenna.

The fact that the device does not require any major changes to the existing GPS receiver makes it a cost-effective solution to counter the threat of GPS jamming. Apart from protecting GPS devices, the GINCAN device can also shield other GNSS systems such as GLONASS and Galileo against jamming.

A new laser that can show what objects are made of could help military aircraft identify hidden dangers such as weapons arsenals far below.

The system, which is made of off-the-shelf telecommunications technology, emits a broadband beam of infrared light. While most lasers emit light of one wavelength, or colour, super-continuum lasers like this one give off a tight beam packed with columns of light covering a range of wavelengths — a blend of colours. Because this beam is in the infrared region, it’s invisible to human eyes. But it can illuminate deep information.

The infrared contains what scientists refer to as the “spectral fingerprinting range” — frequencies at which they can detect echoes of the vibrations of the molecules that make up a solid substance. A substance’s spectral fingerprint reveals which wavelengths of light it absorbed, and which it reflected. Different substances absorb and reflect different wavelengths. So by shining the new laser on a target and analysing the reflected light, researchers can tell the chemical composition of the target.

While broadband infrared lasers do exist, this one is more powerful, according to Mohammed Islam, professor of electrical engineering and computer science and biomedical engineering at the University of Michigan. His team tested a 5-watt prototype. They’ve built a 25.7 watt version. And they’re now working on a 50-watt prototype.

These higher power lasers could give an aircraft flying at higher altitudes the capacity to illuminate a region with brightness comparable to sunlight, and then image that region. Many chemical sensors in use today work at close range, but few, if any, can do the job from a long distance. A paper on the research is published online in Optics Letters.

Create and interact with beautiful maps Organisations around the world use Google Maps Engine to host their geospatial data, be it ecological records used in the fight against habitat destruction, census income and age distributions or up-to-date store locations and hours. Much of this data is available for public consumption.

Making this initiative more user-oriented, Google introduced a new way for developers to visualise and interact with data hosted in Maps Engine: DynamicMapsEngineLayer. This class performs client-side rendering of vector data, allowing the developer to dynamically restyle the vector layer in response to user interactions like hover and click.

To get started making maps, developers can find public datasets of their interest hosted by Maps Engine at Google’s Earth Gallery. They can check out the detailed documentation provided for DynamicMapsEngineLayer and for a deeper dive, can check out the Google MapsEngine API, which allows developers read and write data stored in Google Maps Engine.