Abstract
AVNIR data captured by the ADOES earth observation satellite was used in this study for air quality mapping. A previously calibrated algorithm for measuring the concentration of atmospheric particles (size less than 10- micron, PM10) over Penang was used for PM10 mapping. Three visible wavelengths bands were used in this study. The surface reflectance values for these three visible wavelengths were determined based on the information given by the Landsat TM data. The atmospheric components were then estimated from the image. The main objective of this study is to evaluate the previously calibrated algorithm for its application with AVNIR satellite data. The retrieved PM10 values were then compared with the in situ PM10 measurements. High correlation was obtained between the measured and the estimated PM10 values. The developed algorithm has been tested successfully on AVNIR data in the urban areas of Penang, Island, Malaysia.

Introduction
The ADEOS primarily aims at observing, monitoring and analysing global-scale environmental changes, such as global warming, ozone depletion and extreme weather, in view of the future forecasting of these global phenomena. Data used in this study was captured by AVNIR sensor. Aerosols play a very important role in the radiation budget of the earth-atmosphere system and affect our climate. Hence the knowledge of their physical or chemical properties is very important. High concentration of aerosols in the atmosphere increases backscattering of solar radiation and atmospheric albedo, thereby reducing the solar energy reaching the ground (Kant, et al., 2000).

Several studies have shown the possible relationships between satellite data and air pollution [Weber, et al., (2001) and Ung, et al, (2001a)]. Other researchers used satellite data in their atmospheric studies, such as NOAA-14 AVHRR (Ahmad and Hashim, 1997) and TM Landsat (Ung, et al., 2001b). In fact, air quality can be measured using ground instruments such as air sample. But these instruments are quite expensive and are limited by the number of air pollutant stations in each area. So, they cannot provide a fine spatial distribution of the air pollutant over a city. 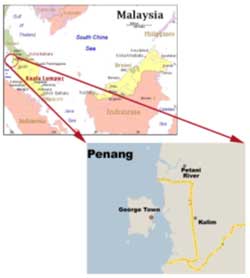 Figure. 1. The location of the study area
Data Analysis and Results
The PCI EASI/PACE version 9.1 digital image processing software was used in all image-processing analyses. The algorithm used in this study is given in equation 1. The surface reflectance was subtracted from the apparent reflectance to obtain the atmospheric component of the image. The surface reflectance values for these three visible wavelengths were determined based on the Landsat TM data. The Landsat TM data was atmospheric corrected using ATCOR2 in the PCI Geomatica image processing software. The atmospheric reflectance was used for determine PM10 values used previously Landsat TM algorithm regression coefficient. A PM10 map was generated using the proposed algorithm and colour-coded for visual interpretation (Figure 2).

where P = PM10 concentration and Ratmi = Atmospheric reflectance for band i Conclusion
This study indicated that the previously calibrated algorithm could be used to generated PM10 using AVNIR data. AVNIR can provide a useful tool for air pollution mapping around Penang Island. The coincident in situ PM10 data must be collected for further analysis. The feasibility of applying the present technique for operational use has to be further validated. Therefore more data will be required for this verification analysis.

Acknowledgements
This project was carried out using the Malaysia Government IRPA grant no.08-02-05-6011, National Space Development Agency of Japan through the joint NASDA-ESCAPE project and USM short term grant FPP2001/130. We would like to thank the technical staff who participated in this project. Thanks are extended to USM for support and encouragement.