Today, with the changing global and regional dynamics, coupled with strategic and military environments, the world is witnessing a growing appetite for geospatial information and high-resolution remote sensing data. But, clearly defined policies on remote sensing data acquisition and distribution are hard to come by.

This gives rise to a question as to why have most of the states (that have satellite programmes in place and consequently generate large volumes of data) shrouded their satellite remote sensing policy on data issues under a veil? The reasons may range from an absence of a well-defined policy to deliberate secrecy.

In this article, some general observations on remote sensing data policies of different countries have been outlined, especially those pertaining to availability of data in the public domain.

OVERVIEW
The countries engaged in remote sensing data collection and distribution are many. USA, Canada, China, India, Israel, Japan, Russia, and the European Union (especially France, Germany and Italy) are the major players in the remote sensing industry. Other nations which are gaining a foothold in the industry are Argentina, Australia, Brazil, Malaysia, South Korea, Nigeria, Thailand and South Africa. All of these countries express agreement and compliance with UN resolutions on remote sensing of the earth from outer space, which are discussed in the following paragraph.

The Principles (specific to data related issues) adopted in the 1986 resolution are as follows:

GENERAL OBSERVATIONS
Most of the countries (stated earlier) have space laws, which relate to launch and safety of satellites in orbit. These laws have been framed on the basis of respect for the principle of full and permanent sovereignty of the State and its people over their own wealth and natural resources, in accordance with international law. But, only a handful of countries address remote sensing data issues through laws or policies. According to Gabrynowicz (2003), countries which have no legislation on remote sensing in place, follow international treaties. More often than not, U.S. law is considered a benchmark and is therefore, given due consideration while framing policy directives. One such example is the U.S. Land Remote Sensing Policy Act of 1992.

The Act confirmed U.S. supremacy in land remote sensing technology through the Federal Government’s Landsat programme. It states that “to maximize the value of the Landsat program to the American public, unenhanced Landsat 4 through 6 data should be made available, at a minimum, to United States Government agencies, to global environmental change researchers, and to other researchers who are financially supported by the United States Government, at the cost of fulfilling user requests, and unenhanced Landsat 7 data should be made available to all Observation users at the cost of fulfilling user requests”.

The Land Remote Sensing Policy Act also states that “to stimulate development of the commercial market for unenhanced data and value-added services, the United States Government should adopt a data policy for Landsat 7 which allows competition within the private sector for distribution of unenhanced data and value-added services.” The Landsat 7 data, therefore, is available to all the countries that have entered into an agreement with U.S thereby, becoming non-US ground receiving stations. It is to be noted that USA retains ownership of all unenhanced data generated by Landsat 7.

Another important policy that engages attention is the U.S Commercial Remote Sensing Policy, released in April, 2003. Among other things, it states that “United States Government civil agencies acting individually, or when beneficial, together shall acquire and operate U.S Government systems that collect data only when such data are not offered and will not be made available by U.S. Commercial remote sensing space systems.” This suggests an increased reliance on commercial remote sensing satellites for data purposes, signifying a major shift from the dependence on data provided by government controlled satellites.

COUNTRY-SPECIFIC POLICIES
Remote sensing policies vary from one country to another. Most of the cou tries have data distribution policies for medium resolution imagery as they are useful for determining the general layout of large-scale facilities and also for finding out the approximate locations of illegal facilities. Some of the satellite systems that provide medium resolution global data ranging from 5 to 15 meters are SPOT, LANDSAT and IRS- 1C/D. The following paragraphs provide a brief overview of remote sensing policies in some of the other nation states.

AUSTRALIA
The Australian Centre for Remote Sensing (ACRES) promotes the use of Advanced Land Observing Satellite (ALOS) data within national and regional government agencies, institutes, educational establishments and non-profit organisations for non-commercial purposes only. The Australian policy requires the customers to sign a legal agreement (at the time of ordering the data) stating that they are permitted to use the data only for noncommercial purposes and that they will prevent commercial use of that data by other parties and also follow restrictions related to data sharing and redistribution.

BRAZIL
Brazil is also a major player in the Earth Resources Satellite arena, especially in South America. The Earth Resources Satellite Programme was developed in collaboration with China and is better known as CBERS, that is, China-Brazil Earth Resources Satellite. The objective of CBERS was to build a family of remote sensing satellites to fulfil the needs of users working on earth resources applications. The free CBERS data distribution strategy is the highlight of Brazilian-Chinese partnership. CBERS images received in Brazil are freely available on the internet for Brazilian and Latin American users.

Similarly, CBERS images received in China are freely available on the internet for Chinese users. The CBERS data policy has been appreciated by the Government as well as the user community in Brazil as internet has reduced the cost of data distribution to almost zero.

EUROPE
European Space Agency (ESA) is the nodal agency for space-faring countries of the European Union (EU). One of the main problems debated by ESA was that European legislation did not cover remote sensing data. Most of the satellite operators in Europe earlier protected their data under copyright which was risky because the implementation could differ between ESA Member States depending upon the national copyright laws. Therefore, the EU Directive on databases was adopted in 1996 with ESA’s full participation, and was subsequently incorporated into domestic laws by the EU Member States. This means that the remote sensing data which is not protected under copyright are secured under the protection granted by the EU Directive.

Although, a well-defined policy on remote sensing data is not available, the Resolution on the European Space Policy adopted recently in May, 2007, discusses the ‘key issues to be considered in the implementation of instruments and funding schemes for Community actions’. One of the main issue is the development of a comprehensive data policy, comprising data access and pricing, which will aid the rapid development of the space services sector.

Therefore, we can hope for a comprehensive European policy, specially formulated for data acquisition and distribution.

FRANCE
France boasts of the SPOT satellite earth observation system, which was designed by CNES, the French Space Agency, and developed in collaboration with Sweden and Belgium. Direct reception of real-time SPOT data is available through a SPOT data reception licence that allows direct reception of data acquired from SPOT 2, SPOT 4 and SPOT 5. The licence includes a data distribution licence for imagery acquired within the station’s territory or for a given market on request. SPOT data or any value-addition to it can be used by the clients for internal purposes only. The policy also states that any scene (maximum size of 1024×1024 pixels) from the images or value-added products, can be printed and distributed only if the full credits (to CNES) are clearly displayed.

NIGERIA
There exists a proposed pricing policy for the NigeriaSat-1 data, the first satellite launched by Nigeria in 2003. It calls for acquiring all images over Nigeria which would be available for sale at National Space Research and Development Agency (NASRDA). It is proposed that the disaster response images would be free, while the images of scenes covering an area of 600×300 km will be available on request.

Short term plans of NASRDA also include the development of a permanent site of the National Centre for Remote Sensing (NCRS) in Jos, Nigeria. NASRDA also plans to build a national earth observation ground receiving station with foreign partnerships.

RUSSIA
Russia entered into a new phase of commercial image marketing in 1992 by permitting the distribution of highresolution images acquired by KVR- 1000 panchromatic camera, which was initially designed for intelligence applications. But, it should be noted that the Russian policy regarding sale and distribution of pre-1992 high-resolution imagery is not clearly defined, probably due to intelligence and military compulsions. Although the available commercial images from KVR-1000 have a resolution of two meters, in June 2000, Sovinformsputnik (the Russian Space Agency) announced the commercial distribution of one-meter spatial resolution space images taken by Russian satellite system KOMETA. The KOMETA images were ultimately used to produce 1:50,000 scale topographic maps. The use of these images are currently prohibited for civil commercial purposes.

CONCLUSION
Satellite-based services for communication, broadcasting, navigation and earth observation have become the mainstay of our modern world. Space, therefore, is not confined to being just a technological frontier but has also become a geopolitical issue today, which transcends all international borders. As pointed out by Gupta (1994) in a paper titled ‘New Satellite Images For Sale: The Opportunities and Risks Ahead’, “there are numerous potential hazards associated with the horizontal proliferation of high-resolution imagery and many high-resolution satellite images are a function of the specific circumstances that surround the application. In general, the risks depend on how the new remote sensing services will be distributed throughout the political landscape, how belligerent states will use high-resolution images, and how observed states will respond to routine overhead imaging by their neighbours”.

Many countries prohibit the reproduction of multiple copies of data for distribution for commercial purposes to prevent misuse of data for non-peaceful purposes. But, these restrictive measures have given birth to applications like Google Earth, which provide free high-resolution imagery to users around the world. This, therefore, highlights the need for an internationally coordinated strategy to curtail the threat posed by free-for-all high resolution images. Hence, it would be in the common interest of all the nations if a common international policy framework is formulated to help streamline the processes of data acquisition and data distribution around the world, without jeopardising or comprising national security. 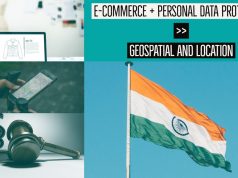 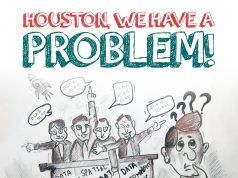 Why India needs a geospatial strategy? 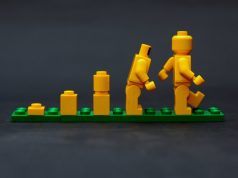