A coliseum of excellence!
The satellite image shows a refurbished Wembley Stadium in London, which is all set to play host to the greatest sporting extravaganza in the world, the Olympics.

One of the biggest venues staging the 2012 London Olympics, the state-of-the-art stadium will host the gold medal events in both the Men’s and Women’s football competitions.

London, which won its bid to host this multi-nation multi-sport event in 2005 by beating such cities as Moscow, New York, Madrid and Paris, has already prepared most of the infrastructure required for the games. 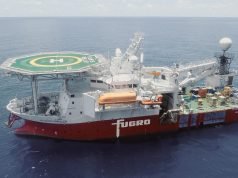