Implementation of a GIS system In Railways is one of the long time goal because of existence of huge amount of Data in this Industry. For this reason we assigned a operational team for collecting positional data for Construction of several layers of graphical data which are important and applicable to decision support and then transfer these data to integrated data bases. Constructing of positional and descriptive data in Railway is a long process and to expedite and optimize management of collecting, processing (Analyzing) ,controlling and then storing refined data and also reducing the costs with respect to accuracy and correctness which are needs for use of GPS and Multimedia integration method has been achieved.

To analyze and evaluate of our needs, current situation of data, assets, cost, time, acceptance and willingness of cooperation from different departments with respects to what GIS can do is one of our achievement in pilot project. In spite of many data acquisition constraints we were successful in designing and development software for translation of films to pictures, automation of Input and process of data, development of intermediary software and ability to broadcast multimedia films, interface and storing of about 700 GIGA Bytes of information in databases.

The mentioned system has successfully completed its mission and its intermediary software can be used in computer networks. It was possible for our system to correct the mistakes which happens during data collection and any other part of analyzing. It has been found that this method has less cost and consume less time and provide better ability to analyze the data compare to the other system so far used.

Optimization of using railway in each country is essential for political and economical development ,Because large amount of goods and passenger and commercial and economical exchange by railway.

In each system essential assets like, construction, installation, machines, factories and so on, can cause growth and progress, so for accurate proper management and precise and updated information is necessary.

After analyzing, recognition and primitive design, one of the important things for GIS Implementation is data acquisition. Collecting and organizing data in digital format is necessary for creating GIS in each system [5].

Spatial data acquisition, storing and organizing them can be done by different methods and have important role in the GIS activities.

In this article we introduce a method that work by integrating of GPS and Multimedia system. This can be used as a tested and successful method by different organization.

Data Acquisition And Information Management In GIS There are different methods for data acquisition from field, Using Traditional or digital maps, satellite images, Global positioning system(GPS), each of this methods have advantages and disadvantages. for example preparing digital railroad map by digitizing the paper of them can make overshoot or undershoot mistake, in addition this map are old and should be updated (figure1)[4]. 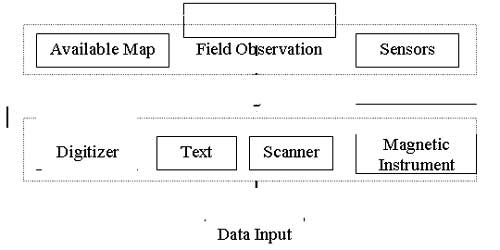 Figure1 :Methods of spatial and attribute information input in GIS

Although satellite Images can cover the information of large amount of ground, using satellite images with fit spatial resolution need high charge and creating relation between image and ground is time consuming. Therefore , using GPS and computer with fast process rate is suitable [1], but selecting a fast and accurate way that reduces cost, need a special process. In this research a program was written in Visual Basic language, which have relation with a database in SQL Server and can get information of eight GPS with eight external ports. By this method we can collect spatial data from the field quickly (figure2). Data Collection for Railway GIS In the world
Some countries like England and Japan have been using the integration of multimedia and GPS method for data collection in their railway.

A new and innovated track inspection system solves the problem of walking the track without risk on high speed lines under new safety roles and provides maintenance people with a configuration of data and images that is clear and accurate[6,9]. Railway Video GIS System In Japan
Integrated system of GPS and Multimedia can be used for data collection and maintenance of railway. This system can get the position of train and other information of railway, preparing the film of track and a report of nearest object, achieving the information like map and photograph are the abilities of this system [7].

Designing and Implementing System For Spatial and Attribute Data Acquisition (DGSRAIL) Because of successful experience in implementation of Gps and Multimedia integration to collect spatial and attribute data that are essential for Iran’s railway network, after primitive researches, recognition, analyzing and doing a pilot project, the system for collecting data of Iran railway was designed and tested in railway company for first time. having tables, maps, films ,pictures and text definition of each features are the capabilities of this system. It works in intranet of railway company and can integrate the GPS information with multimedia of rail track. In spite of the limitation in preparing hardwares, this system have a user friendly software, visual analyzing and editing of spatial and attribute information are the other capabilities of this system.

Introduction of System
In this system we used four digital cameras and GPS to integrate the information of GPS and film. Designed software can get the spatial information and join them to the film. In this system we match the time of GPS and film. After preparing the film of rail track, we get the information of railway objects (Spatial and attribute information) from film, By designed software. The recognition and analyzing of system that make railway information from multimedia have been done in three stages. The first and second stages have been done completely, but the third stage is incomplete.

In the first stage an operational team has done evaluation of a pilot project to achieve a better recognition on main project.

Analyzing the required time, cost and accuracy and the willingness of GIS in company are the aim that have been achieved in pilot project.

In second step the hardware and software of system was developed .In recent system there is capability to observe the profile of track and the rate of kilometers that have been taken. In developed system we can see the film and table of spatial and attribute information of railway features at the same time.

Collecting information of the track have been done by four digital cameras (three analog camera used in pilot project) [2] (figure4). 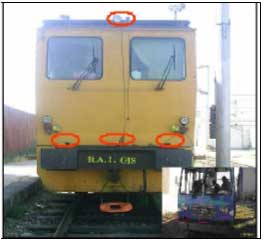 DGSRAIL System Ability
The most important capability of this system are:
I)Collection of Spatial Information by GPS:
For collecting spatial information from railway network by GPS, the program have been designed and Implemented that can get information from GPS continuously. this information will change to special format and finally was stored in a database. For navigating and displaying of data a digital map (1:25000,1:1000000) which have the information about roads, cities , province of Iran was used [3]. 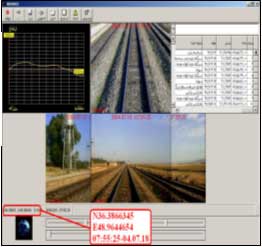 Figure5:Finding the coordinate of system by time

II)Integration of the GPS Data and Multimedia:
For integrating the spatial data of GPS and multimedia a program was designed. In this program the time of GPS and film are match together and the positioning of railway feature on the film have been done by the matching of film and GPS (figure5).

III)Inputting The Attribute Information Of Features:
In this system entering of data has been done automatically. The picture of the features has been prepared from the film and was stored in database (figure6).

IV)A Place for Displaying Maps and Attribute Table (user interface):
Because of the variety of application of GIS, different user interfaces have been developed that help to respond the problem. Therefore, a user interface has been designed for Railway GIS application. This system has ability to make dynamic report of the situation of railway feature and to show the spatial situation and attribute information of features and to get information from a database.(figure6)

V)Ability to Join the System with AVI :
Navigation of automatic vehicle need a map to be shown, therefore, this system need to have graphic maps which in that, train can be identified to conclude to some analysis the result of AVI/TAG system can be joined.

List of some railway features that have been collected from 1596 kilometers of railway have been mentioned in Table 1. Stored information is about 700 GIGA Byte which have consisted of films, pictures and tables. Table1:some layers which have been introduced to system

To get GIS system for railway, a pilot project have been done and we knew the object of railway and required instrument and required time.

In main project we have collected and stored the spatial and attribute information of 1596 kilometers of railway in database .

This system have been tested successfully and after completion, it’s information can be used in railway company.

Some advantages of system are:

For development of this system use of a tachometer, barometer and thermometer witch can get track information are suggested. By integrating of this information and GIS information we will want to better analyze our railway in future.