Introduction
The air transport industry has developed a new operational concept for the Air Traffic Management (ATM) system, which involves dramatic changes to the airplanes, infrastructure, and ground systems. The current ATM system (based on ground navigational aids, radar, and voice communications) will be unable to cope with expected air traffic growth.

The industry has responded by developing an operational concept known as the Future Air Navigation System (FANS) which relies on space based navigation and communication to provide the improvements needed in Communication, Navigation, and Surveillance (CNS) to efficiently cope with future traffic levels and to provide a level of efficiency to current operations.

The FANS concept broke new technical ground as it required industry to consider ATM as a system with ground components, space components, and airborne components. The International Civil Aviation Organization (ICAO) FANS committee also committed to certain technical solutions for improvements to CNS such as Aeronautical Telecommunications Network (ATN), GPS navigation, and satellite communications. The Air Traffic Management ( ATM ) system must not only be considered as a system; it must also be considered as a business

The evolving Free Flight or Flight2000 is an innovative concept designed to enhance the safety and efficiency of the Airspaces. The concept moves the airspace concept from a centralized command-and-control system between pilots and air traffic controllers to a distributed system that allows pilots, whenever practical, to choose their own route and file a flight plan that follows the most efficient and economical route.

The providers of air traffic control services, the users of these services, and financing organizations all need to be advised of the financial implications, and convinced of the economic viability, of the new CNS/ATM systems. In addition to the assessment of over-all viability, it is important to determine the separate impacts on administrations responsible for providing the services, and on airlines and other aircraft operators who use the services

The Revolutionary Evolution
Imagine an airspace environment in which airlines and other airspace users have the freedom to select preferred flight paths in real time, with virtually no restrictions. While this degree of freedom is not available as yet, it is a goal air traffic controllers the world over attempt to achieve every day through their efforts to accommodate flights with the most direct and efficient routes possible. It is a goal second only to the prevention of collisions – that is inherent in the air traffic control (ATC) system. Constraints caused by permanent airspace reservations for national purposes and technical limitations in the ATC system have so far rendered this goal elusive.

In 1983 ICAO chartered the Special Committee on the Future Air Navigation System (FANS) to study the current air traffic infrastructure and recommend changes to support the anticipated growth in air traffic over the next 25 years.

Constraints with the Present Aviation Infrastructure
The present air navigation system can not support the predicted air traffic growth in the next two or three decades in terms of capacity, efficiency and levels of safety. The FANS committee identified the following limitations in the present system:

The other principal transitions are:

These new systems will support Free Flight operational capabilities at a significantly lower cost than operating a ground-based CNS infrastructure.

The transition to CNS/ATM systems will be one of the largest undertakings ever carried out by the aviation community, not only because of the immense scale of the change but also because the transition will fundamentally affect how aviation administrations provide air traffic services. A broad indication of how the transition might proceed is as follows:

1999
Continuing developments, trials and pre-operational demonstrations. Present-2000. Gradual implementation and use of various elements of the system. Some aircraft and administrations will use the CNS/ ATM systems with backup from the terrestrial systems.

2000-2005
Full CNS/ATM services available in parallel with existing systems so that appropriately equipped aircraft can have maximum operating benefits from the CNS/ATM systems.

2005-2010
The international terrestrial system not required for the CNS/ATM systems progressively dismantled.

2010
The CNS/ATM systems are the sole systems for international use. In any such transition timetable, there will be a period when the CNS/ATM systems and the existing terrestrial systems are operating in parallel. While this period allows for aircraft operators to change their equipment, and for service providers to phase out those ground facilities which will no longer be required, maintaining two systems is very costly. The costs associated with the transition are therefore an important component of the economic assessment of the CNS ATM systems.
Table: 1 CNS Systems Evolution

Evolving Ground Infrastructure
The Aeronautical Telecommunication Network (ATN) is being defined within the International Civil Aviation Organization (ICAO) as a digital data communications network for the aeronautical community. The ATN is a key component of the Future Air Navigation System (FANS) which includes enhanced communications, navigation, and surveillance capabilities necessary to improve the efficiency of the global air traffic management system.

The ATN will allow the interconnection of a diverse collection of air-to- ground and ground-to-ground communications systems to provide global information transfer among computers used for air traffic management, airline operations, general flight information services (such as weather), and passenger services. Building the ATN requires special communications components, called ATN routers, both in the aircraft and on the ground.

These routers will interconnect the various communications systems and ensure that communications paths between all users, including aircraft in flight, are available throughout the network.

Implementation of FANS and the ATN will result in major benefits to both the public and private sectors. Benefits to civil aviation authorities and airspace users will include reduced costs for communications services through increased competition and the use of shared networks, and increased communications reliability and capacity.

The major benefits of FANS will come from the more efficient use of the airspace allowed by improved automation and communications. In 1994, the FAA outlined the incremental changes in air traffic control procedures for aircraft that will be possible with FANS equipment, including ATN, operating over the oceans. Those changes included reduced separation standards, reduced mandatory fuel reserves, and more efficient routes for equipped aircraft.

Efficiency Benefits due to CNS ATM

Benefit mechanisms involve capacity and/or efficiency enhancements by phase of operation. The phases of operation used are:

The throughput in all of these regions determines the capacity and efficiency of the total air traffic management system.

Economic Appraisal
Investments in the aviation infrastructure are required continuously in order to maintain safety and reliability, improve the quality of service and match system capacity with the expected traffic growth.

The decision-maker, who is responsible for sanctioning future projects, will require a clear understanding of the advantages and disadvantages of the proposals.

Cost – Benefit Analysis (CBA) is widely accepted as a vital support tool for economic analysis in Air Traffic Management (ATM). To be most effective CBA should be invoked as early as possible in the project life cycle ( See Table 2 ). Project sponsors will need to know at an early stage (before detailed requirements are drawn up):

In general project costs should be categorised under three headings:

The potential benefits of a project should be identified and listed:

The main Functional Blocks of the CNS/ATM system are those identified below:

The data link section discusses services in the fol-lowing order Migrate from dedicated connectivity to bandwidth on demand.

Integrate voice, data, and video communications within the network. 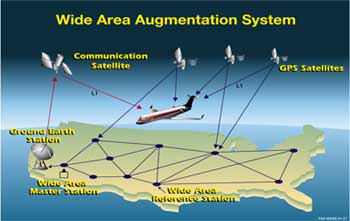 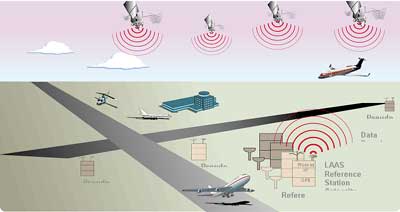 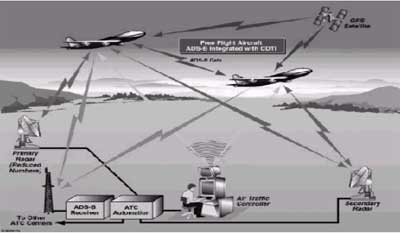 Project cost Data
The cost data are provided and are classified as follows:

Thank you and have a nice flight
Worldwide Document References