Abstract
The strip of land exposed at low tide and submerged at high tide is defined as the intertidal zone. We have studied the intertidal zone of the headland to the west of Rupat Island, Sumatra, using European Remote-Sensing Satellite (ERS) and Système Pour l’Observation de la Terre (SPOT) satellite images. The analysis of images of that area from the year 1996 to 2000 revealed a number of differences and changes that took place throughout that period of time. Most notable were the increase in vegetation on the coastline over time and development and growth of a new island from deposited sediments. Such observations can possibly be used to update maps.

1. Introduction
The intertidal zone is the coastal transition region between the permanently exposed land surface on one side and the submerged region on the other side. It is alternately exposed and submerged during each tidal cycle. The intertidal zone is subjected to ocean waves and tidal currents and hence can show rapid changes due to erosion and sedimentation. The aim of this paper is to monitor changes in intertidal zones using multitemporal satellite imagery. By comparing the intertidal zones delineated in the satellite images with those marked in existing maps, the accuracy of the existing maps can be assessed, and if necessary, the maps can be updated using information derived from the satellite imagery. Our test area is the intertidal zone around a headland near Rupat Island, on the eastern coast of the Riau Province in Sumatra, Indonesia (see Figure 1 and Figure 2). The intertidal zone here is relatively large in area and is easily visible in the high resolution SPOT and ERS SAR images. The images used were acquired by the SPOT satellites (SPOT=Satellite Pour l’Observation de la Terre) and by the ERS satellites (ERS=European Remote Sensing sattelite) within a four-year period from 1996 to 2000. Only images acquired near low-tides were used. Tidal levels as given in the figure captions were derived from tide tables (Hydrographer of the Navy, 1996,1997, 1998; Hyddrographic Branch, 1999, 2000). All the images were geometrically corrected and co-registered using prominent land features as ground control points. 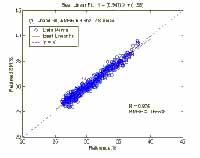 Figure 1: Map of the Straits of Malacca and the surrounding land masses. The arrow marks the location of the area studied.

Figure 2: Map of the studied area (adapted from: Hydrographer of the Navy, 1998, Admiralty Charts) on the east coast of Sumatra, Indonesia. Green represents intertidal zone at tide level 0.0 m while yellow represents land.

2. Spot And Ers Images
The satellites ERS-1 and ERS-2 (Kramer 1996) of the European Space Agency (ESA) orbit the earth at an altitude of 780 km and among other sensors carry a synthetic aperture radar (SAR). The SAR operates at a frequency of 5.3 GHz (C-band microwaves) and has a ground resolution of 25 m. It measures the intensity of the microwaves that are backscattered from the ground. This backscatter intensity depends strongly on the roughness of the ground surface: The rougher the surface, the stronger the backscatter intensity, and the brighter the SAR image. The SPOT satellites (Kramer 1996) of the Centre National d’Etudes Spatiales (CNES) orbit the earth at an altitude of 832 km and each carry two High Resolution Visible scanners (HRV). The HRV collects radiance data in optical and near-infrared wavelengths, either in a broad-band (panchromatic) mode with a ground resolution of 10 m, or in a three-band (multispectral) mode with a ground resolution of 20 m. Here we only consider images taken in multispectral mode. The three spectral bands are 500-590 nm (band 1, roughly: green visible light), 610-680 nm (band 2, roughly: red visible light), and 790-890 nm (band 3, near infrared). We use the common way of displaying the multispectral images as RGB images with band 3 as R, band 2 as G and band 1 as B. Since plants strongly reflect NIR light, vegetation looks red in the images. In contrast, the sea, which absorbs NIR light almost totally, appears in hues of blue and green.

3.1 ERS SAR and SPOT HRV Images of the Intertidal Zone
The intertidal zone in the studied area consists of sand and mud deposits. The landward portion may be covered by mangrove vegetation while the remaining portion is bare (tidal sand and mud flats). In ERS SAR images (e.g Figure 3), the part of the intertidal zone that is not covered by vegetation (i.e. the tidal flats) looks very dark as it consists of mud and sand and therefore has a smooth surface. In contrast, areas covered by vegetation and wind-roughened water surfaces have significantly higher radar backscatter and appear brighter in ERS SAR images. Under very low wind or calm conditions, the water surface appears very dark and cannot be easily distinguished from sand and mud flats.

Note that branched bright lines are visible in some areas (see Figure 7 and Figure 6). They mark channels and creeks that drain the intertidal zone when the tide is going down. The current creates roughness (ripples) on the sand and mud, thereby increasing the radar backscatter.

Figure 5: SPOT image (subset from Figure 4 ), 7 Oct 1999, 04:04:45 GMT, Tide Level 0.85m (1h after low tide) Image Size 20 km x 5 km (© CNES 1999) Note that the landward part of the intertidal zone, when covered by mangrove vegetation, cannot be easily distinguished from vegetation on dry land, neither on ERS SAR nor on SPOT HRV images. Thus what seems to be the landward edge of the intertidal zone is actually the seaward edge of the mangrove vegetation.

3.3. Extension of Vegetation Along the Northern Coast Over Time

3.4. Formation of New Island with Vegetation

There are to possible causes: Either (1) the deposition of sediments has increased over the years, possibly because of human activity, e.g. deforestation and land clearing upstream, or (2) the erosion has decreased. As the area is silted, vegetation grows on the intertidal zone and consolidates is until it becomes stable and eventually permanently emerges from the water.

The SPOT image in Figure 11 shows that a wide intertidal zone only occurs along the seaward side of the western tip of the island Pulau Sinaboi. This suggests that the eastern part of the island is apparently more sheltered from the strong currents in the Straits of Malacca than the western part. Furthermore, the image suggests that apparently there is a strong current in the channel between the island, with the main current direction going towards the west: Whereas there are no significant tidal flats at the banks of that channel, there are extensive tidal flats beyond the western opening of the channel (where the current spreads out and loses its energy). Note also that the extent and shape of the intertidal zone on the map (Figure 2) does not correspond with the extent and shape of the intertidal zone on the image (Figure 11)

4. Summary And Conclusions
This study has shown that ERS SAR as well as SPOT HRV multispectral images can be used for observing intertidal flats. SPOT HRV multispectral images have the advantage of clearly showing vegetation, whereas ERS SAR images have the advantage of not being affected by cloud cover, as the microwaves penetrate clouds. Several changes in the intertidal zone of the study area were observed to have taken place during the four-year period. In one area, the vegetation (probably mangroves) along the coast has extended its boundary towards the sea. In another area, the low-tide coastline has changed its shape from smooth to jagged and irregular. A new island with vegetation growth has been observed to form between two existing islands. By comparing the intertidal zones delineated in the satellite images with those marked in existing maps, the accuracy of the existing maps can be assessed and if necessary, the maps can be updated using information derived from the satellite imagery.

Acknowledgments
The first three authors of this paper (R. H. D. Leow, Y. Tan, and C. Y. Wan) are secondary school students at the Raffles Institution, Singapore. This study was performed while they were attached to CRISP, under the supervision of C. Melsheimer, in the framework of the Science Mentorship Program of the Gifted Education Branch, Ministry of Education, Singapore.