In light of its National Health Plan, Portuguese Directorate-General of Health has developed a web-based GIS called GeoSaúde to enable access of geospatial health data at national and regional level.

Reducing avoidable health differences among groups of individuals, health inequities, has been classified by the World Health Organization as an issue of justice and human rights in addition to health[1].The aim of the Portuguese National Health Plan (NHP) is to promote health equity in Portugal [2] – hence, nine priority health programs (PHP) were created to address conditions which contributed most to the burden of disease in Portugal [3].The NHP and PHP developed a large number of indicators to monitor progress and results were published annually in a variety of paper-based reports.

A web-based Geographic Information System (GIS) is an excellent way to illustrate and draw attention to national and regional differences in health indicators because information on the internet is widely accessible. Furthermore, maps are easy to understand and remember due to their simplicity. Usability and visual communication are important components of map design and subject of study by cartographers and web designers.

Features define the way users explore data in a web-based GIS platform and must be taken into account in the development stages.

To respond to the demand for information in light of the NHP, the Portuguese Directorate-General of Health developed a web-based GIS called GeoSaúde[4]. The objective of the present paper is to describe the development of GeoSaúde in terms of content, features and usability.

The Directorate-General of Health convened a working group (WG) to identify how to harness the potential of geospatial health data.

The WG met with directors and technicians involved in the NHP and the PHP. Meetings were also organised with public health doctors and nurses.The purpose of these meetings was to compile the health indicators and targets of the NHP and PHP. The WG evaluated the availability and applicability of different sources of data which could be used to construct the health indicators.

The extract, transformation and upload (ETL) of data from identified sources to GeoSaúde database was required on a regular basis.

The WG reviewed five web-based health GIS [5 – 9] for strengths and weaknesses from the point of view of the Portuguese user and in terms of the features they used to engage their users at first glance. Differences in features aimed at different levels of users (from minimal experience to expert user) were looked for.

The WG met again with stakeholders in order to understand their downloading and printing requirements. In these meetings consensus was established regarding colour mapping with a particular emphasis on colour matches.

Using an iterative process, the WG developed a list of the desired content and features of GeoSaúde. This enabled the WG to determine the terms of reference for the subsequent web development contract.

204 indicators have already been uploaded to GeoSaúde. Of these, 97 indicators (48%) only contain information for years up to and including 2010.86 indicators have a minimum temporal series of 10 years.The plurality of formats in the data sources necessitated the development of a group of scripts in BASH and AWK scripting languages, in order to automatically perform the necessary transformations into the format recognised by GeoSaúde. All the indicators have metadata.

The WG identified the following sources of data: Statistics Portugal, World Health Organization, Central Administration of Health System and the Ministryof Solidarity, Employment and Social Security among others.

Most users consulted in the development stage just have the intention to map the desired indicator and visualise health differences among regions over a defined period of time. The WG developed two ways for this objective (figure 1):

After this step the chosen indicator is mapped. The default map consists of the health regions, both sexes and the last available year of data. These are also the three dimensions by which one can explore the indicators.

Figure 1: The searching box and drop-down list available to look for the desired indicator.

In order to facilitate printing, the WG introduced the following features; dragging and dropping the north arrow, the legend and the scale closer to map and then print-screen of the whole set. The map title can be enlarged or reduced by simply clicking on it. Data export has been made easier by introducing the export data tab in the options icon. The WG developed a clean interface outlook of GeoSaúde, only showing the desired map and the icons that lead to GeoSaúde features. A grey coloured map canvas background was chosen to prevent distraction from the health map, presented in a smooth yellow-red colour ramp, by default (figure 2). This is a warm and smooth colour ramp that contrasts with the cold grey colour background, being the reddest associated with the highest value and the whitest yellow associated with lowest one. Other colour options are available, especially designed for colour blind users. The WG selected monochromatic intuitive icons which easily lead the user to the information in demand.

The geographic dimension has resolution to municipality level in some indicators. All indicators can be viewed in terms of the whole population or for male population or female population separately. In terms of time periods, at the moment, it is possible to view indicators annually but GeoSaúde was designed to accommodate monthly, daily and other periodic data as well. The WG also introduced the possibility of running a film of temporal series of chosen indicator. Users can plot data intographs and charts. In the bar-chart one can compare regions with a reference line superimposed (the national or the mainland value for the indicator under study).In line graph, different regions of Portugal can also be compared (figure 3).

Sometimes public health investigators (and health practitioners in general) have their own data and wish to map and share them with colleagues. This feature is available if they use the same administrative regions as GeoSaúde does. The sharing can be done in 2 ways: (1) link generation, can be visualized by any browser, or (2) inline frame generation, can be placed in a webpage (figure 4).

Figure 4: Example of link and iframe generation of the chosen indicator.

Although GeoSaúde has indicators concerning all nine PHPs and the NHP, individual versions of GeoSaúde have been created for each of the PHPs enabling the website of the PHP to present only data specific of a certain PHP.

A great effort was made (and still is) to update GeoSaúde with all the indicators that monitor NHP and PHP. There is the aim to create and upload indicators related with other health issues, turning GeoSaúde into a huge repository of health information.Most of the information in GeoSaúde is organized by health regions, which are non-existent in Azores and Madeira islands. Nonetheless a great effort is being done to include these islands in GeoSaúde, with data organized per Nomenclatures of Territorial Units for Statistical Purposes and/or municipalities.

The vast majority of GeoSaúde users are inexperienced (in terms of using web based GIS platforms) and simply intend to map the chosen indicator. As a result a choice was made to shorten the time to accomplish this task: a very simple and intuitive search of the chosen indicator, pre-loaded with the necessary dimensions to map the indicator. The majority of the international health Web GIS consulted present a dashboard layout, with maps, graphs and tabular data all in the same layout and working in an interactive mode. The GeoSaúde working group decided on a clean outlook where GeoSaúde presents only the map of the chosen indicator, favouring a more visually pleasant and easier to understand indicator at first glance. More information is accessible by intuitive icons and tabs. Also the chosen colours were thought to focus the user attention on the map and the health differences among the regions.

The advanced features that occur in GeoSaúde are believed to increase its odds of use, with a major emphasis in the user customisation and sharing of own indicators and also the appropriation of GeoSaúde by NHP and each PHP however these come with increased costs of development and web design. The base software used is open-source but the development made over it is not and as a result, GeoSaúde is highly dependent on the contractors used for its development.

A limitation of the approach taken by GeoSaúde is the difficulty in updating indicators on a regular basis due to the lack of data, the lack of a sufficiently large temporal series and the lack of internal procedures to regularly fetch data and update GeoSaúde. To minimise these limitations, the GeoSaúde team is presently working on the implementation of web services with data providers in order to automatically update data. The improvement of scripts that are already in use for the ETL operations is another task that can be accomplished while web services are not implemented.

Presently, GeoSaúde has a considerable amount of health indicators available, that can be explored in many ways and for many purposes, all in the same place, which is rather unique in Portugal. It is highly recommended to keep data updated to hold user interest. The implementation of periodic human procedures for the ETL operations and the automation of these tasks as many as possible, are key for the success of GeoSaúde.

GeoSaúde presents pleasant web mapping colours and usability since web design has been a major concern of the working team from the beginning of the project.The WG recommends keeping in touch with the trends related to web mapping design and especially the web design of health indicators in order to maintain appeal and interest.

At the present moment GeoSaúde has more features than similar health web based platforms. Continued attention should be paid to the changing demands of users' information in order to deliver good value on the public funds invested in GeoSaúde. 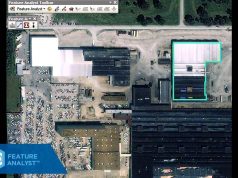 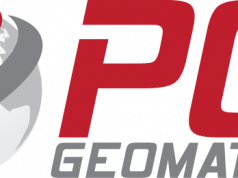