As awareness about the environment started increasing, there is growing acknowledgment that ‘the global environment is no longer a matter solely for the heads of state and government’. People’s habitats and lifestyle which cannot be changed through the dictate of national strategies, plans, policies and procedures have an impact on local and global environmental problems (Agenda 21, UN 1992). Therefore, the public has a critical role to play in initiating change by contributing ideas and spreading knowledge and involvement (Church and Elster, 2005).

However, expectations from the public about modes of engagement mean that traditional methods of public participation are being challenged. E-government systems, such as authoritative Web mapping sites, which were heralded as the solution for over a decade since the emergence of the Web, predominantly offer one-way communication from government bodies to the public and do not include effective means to collect citizen feedback nor engage citizens in two-way dialogue (Rahemtulla and Sieber 2009). The challenge therefore ‘is to try to communicate information to people and organisations having different specific concerns, as well as encouraging them to gather and exchange knowledge, and hence participate more in the environmental debate’. (Sieber 2007, p.1)

Recent changes in the use of information technology and Web-based resources have provided new opportunities for information dissemination and more importantly, for information exchange. The emergence of new mechanisms such as the Geospatial Web (GeoWeb) has the potential to address current challenges and build upon the current PPGIS/PGIS practice facilitating two-way dialogue between government officials and the public (Sieber and Rahemtulla 2009, 2010). This opens up new possibilities for communicating and engaging the public on a range of issues from local environmental inequalities to community action to deal with climate change.

To demonstrate the potential of these tools, this article focusses on the lessons learned during the Mapping Change for Sustainable Communities (MCSC) project and subsequent activities that are being implemented within the activities of Mapping for Change, a social enterprise dedicated to community mapping. MCSC aims at mapping environmental change and development in London. The project is designed to assist community groups towards greater participation in local decision making by providing interactive community maps displaying local information which are controlled and managed by the community itself. The project combines community development and participatory mapping, using a public mapping system (Google Maps) to monitor local sustainability and local development plans.

Community mapping
Many communities face change through activities such as regeneration projects and commercial development projects. If local people and communities are to engage effectively with the processes of change, they need to know what is going on, understand how proposed changes may affect them and to feel confident that they can play a positive role in those changes. Mapping is a powerful way to engage local communities as well as visually represent their information, helping to draw new links and ideas. An on-line map and directory provides an effective alternative to the static directories of old and offers a new way to highlight local facilities and resources. The ability to access an interactive map that provides information on anything from health services to education, support organisations to transport, provides a way in which people interested in their community can find out what is going on and those operating within the community can promote their services and activities.

Furthermore, mapping provides a mechanism to communicate community-gathered (‘local’) information to highlight environmental issues and priorities. For instance, many decisions made about local areas in the United Kingdom are based on ‘evidence’ collected or supplied by the government. While this seems reasonable, often this official information fails to communicate the whole story or evidence is missing altogether. Bringing information based on local knowledge to a situation can help challenge official views and help create positive transformations in the community.

However, while an online interactive map can be a valuable resource, research shows that developing community initiatives as part of a participatory process is extremely important. Understanding the needs of end users and their input in the development of the map is ultimately what leads to the development of a successful tool.

The MCSC community maps were developed using Google Maps. Although much of the functionality required for a community map can be obtained by using standard Google Maps, LiveSearch or similar technology, a number of additional features are also required to create a fullyfunctional community map.

Following the development of the community map infrastructure, the MCSC team initially worked with four London- based communities to establish local websites (Royal Docks, Thames Ward, Hackney Wick and Archway). In establishing each local web-based map, the project team developed, through iterative learning process, a generic process that was adapted according to each community.

At each stage in the participatory process, various mapping methods and resources were used ranging from paper based exercises using large Ordnance Survey maps of the area, Web-based maps such as those provided by Google, and our own community map website developed as part of the project. In each community we held workshops and focussed meetings with representatives from various organisations and businesses, the local authority and individuals. The results of the participatory mapping exercises were digitised by the team and formed the basis for the information available on the community map website. The key issues that emerged during these exercises ranged from noise pollution to the loss of historical landmarks. These issues were followed-up with additional mapping activities designed to gather more data. Within some communities, this took the form of general perception mapping and focussed evidence gathering.

Significance of community maps
The importance of these community maps extends well beyond their immediate circle to include many different organisations and people within the community:

It should be noted that this study has highlighted issues with the use of geospatial technologies for community mapping. Specifically, the study brings to light a mismatch between the Web skills of active community group members and the Web skills required to access and process information provided using these emerging Web-mapping platforms.

As Ellul et al. (2009) note, the skills required to operate Web mapping platforms are beyond those of basic Internet use and extend to map reading, the ability to understand and interpret information presented in map format as well as evaluate its quality, currency and source – always assuming that the user is able to successfully locate the information in the first place. In response, our project partner – Planning Aid for London – was set up to provide free and independent advice to individuals and groups unable to afford professional consultants, and to help such persons overcome the technicalities of the process.

From the positive responses to the processes and tools developed as part of MCSC, London, in partnership with University College London (UCL) has set up a new social enterprise known as Mapping for Change (MfC) whose aim is to develop local and regional mapping to facilitate access to data, maps and mapping techniques that will provide people with a better understanding of place and help them make positive improvements to their environment.

Conclusion
The MCSC project provided learning for team members and participants alike. There are clearly benefits to providing communities with the support and tools required to access and interpret a range of ‘relevant’ spatial data, in addition to collecting their own user-generated data. With sufficient support, communities are able to focus community action and construct their views and experiences in a format that facilitates dissemination to a wider audience. The apparent lack of this type of service provision within the GI industry has been the driving force behind the setting up of MfC. 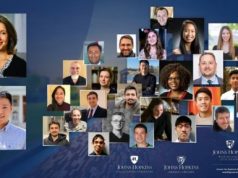 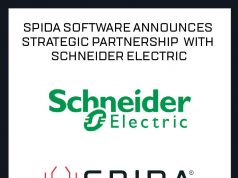