Lack of political will, financial capability and skilled manpower – African nations are battling out all odds to unite geodetically African governments lack both the political will and the capacity to collect, manage and use key geospatial information effectively over their respective national territories. This situation exists despite the documented role geospatial information plays in the majority of public decisions. It has been reported by the UN MDG Africa Steering Group that, with a few exceptions, Africans countries will probably not achieve their Millennium Development Goals (MDGs). The recommendations made by this group for African countries to vastly improve the MDG success rate depend heavily on the effective use of relevant geospatial information. The collection, management and dissemination of the fundamental geospatial information are generally the responsibility of national mapping organisation.

From an African perspective, there are two key structures which bring the mandates of the national mapping organisations. At the following meeting of these structures countries are requested to report on the progress with the implementation of these resolutions. Most African countries report that little or no progress has been achieved, despite good intent by the national mapping organisation. Their reports indicate, almost without fail, that there has been no funding and capacity to implement the resolutions, lamenting on the lack of political commitment. Then at the same meeting a number of new resolutions are accepted, with the same result of non-implementation. The resolutions from these meetings are generally powerful and well intended and if implemented would address the key issues of geospatial information collection, dissemination and usage. The pattern of making resolutions but not been able to implement them has been noted with great frustration.

It was realised that this pattern could not continue. Something practical had to be done to address the problem. A meeting of African NMOs and other interested parties was held in Durban, South Africa in August 2003, coinciding with the meeting of ICA. The result of this meeting was the Durban Statement on Mapping Africa for Africa. This Statement includes a number of actions to be taken by African countries and regional and international organisations. The intention is that this will be driven by Africans with the support and collaboration of international partners. The Durban Statement has been endorsed by the ICA and CODIST-Geo, with each setting up a Working Group to work on the Mapping Africa for Africa initiative. These two working groups are working closely together, with the ICA working group primarily providing an international reference forum.

The lack of relevant and reliable geospatial information in Africa has informed the first projects to be undertaken in the Mapping Africa for Africa initiative. The first two main projects are the African Reference Frame project (AFREF) and the fundamental geospatial datasets project. An important requirement for the creation of consistent regional geospatial information is to have a uniform geospatial reference framework, providing a basis for integrating disparate datasets spatially. The AFREF project has the objective of providing such a reference framework based on GNSS technology. The Fundamental Geospatial Datasets project consists of a number of sub-projects.

Data, information and knowledge are fundamental to information economy. They offer additional value and greater applicability when they can be represented spatially. Today, geoinformation is firmly recognised as a necessary ingredient in local and national level planning. Given the exigency of geoinformation products in social and economic development value chain, it was felt that that all African countries should have a geographically comprehensive and highquality repository of core geospatial data sets. To enable this, the Fundamental Geospatial Datasets project has been initiated. The following sub-projects have been completed under this.

This required cataloguing the available fundamental geospatial datasets (in-country and foreign data holdings) for each country. Cataloguing fundamental geospatial datasets available for Africa has shown that there is a lot of such data available, but that this data is generally either out of date, inaccurate or at a level of detail inappropriate for most applications or has been collected by and is held by foreign organisations. This supports the statement that Africa is poorly mapped. The study

showed that very little (approximately 8%) of the data had metadata. The catalogue of available fundamental geospatial datasets and its metadata is available at the clearinghouse of the UNECA (at the website: //geoinfo.uneca.org :8080/metadataexplorer/ explorer.jsf).

Guidelines for best practices
The intention here is to provide a comprehensive practical working document for the relevant organisations to use for addressing the lack of geospatial information, the ongoing updating of this information and to ensure that it is available to and used effectively by the users (planners, decision makers and others). It is intended to be a valuable resource to countries without them having to ‘reinvent the wheel’. The document will include all relevant standards to be used. To complete this document will require a lot of resources from different experts in the various topics to be covered. The content that should be covered is currently being finalised.

Action plan to address gaps
This sub-project undertakes a serious assessment of the needs to address the gaps in each country’s fundamental geospatial information and then to prepare a plan of action. It will include an investigation of current capacity and unique requirements to collect and maintain fundamental geospatial datasets per country. This work will primarily be undertaken by the country itself with support from the project team and others. Without the buy-in from the appropriate organisations in each country this project will fail.

Many user requirements for the fundamental geospatial information cut across national boundaries and therefore it is necessary to integrate data into regional datasets. This process should not be a significant task should the accepted standards be complied with and the best practices adhered to.

For a vast continent that shares umpteen diversities, varied colonial histories, a spectrum of developmental needs and a plethora of mapping policies, conceiving a common platform to bring the countries together was a Herculean task. Several initiatives are in place for the political, regional and economic integration of Africa but with varying degree of success. Today, each African country has its own geodetic reference systems owing to its colonial legacy. It is very difficult, rather impossible to overlay maps of various countries and there is tremendous confusion among planners of various countries as there are multiple datums, ellipsoids and projections. This is leading to inordinate delays in development projects.

Though it has been recognised in the 1980s that the solution lies in building a unified reference frame for Africa, it is not until 2002 that the idea really took form by what is commonly referred to as ‘Windhoek Declaration’. As a result, the African Geodetic Reference Frame (AFREF) was conceived. This is a unified geodetic reference frame for the entire continent, consistent and homogeneous with International Terrestrial Reference Frame (ITRF). This is aimed to serve as the basis for national and regional 3-dimensional reference networks. This reference system is expected to be designed and managed by Africans. This is maintained in close cooperation with international partners with expertise and an interest in geodetic reference frames, especially IAG, International GNSS Service (IGS) and UNOOSA. The project will be implemented by ECA.

In the initial phase of the project, AFREF aimed to build at least one GPS station in every country that meets the standards of, and registered with the International GNSS Service (IGS). Once completed and fully implemented, it will consist of a network of continuous permanent GPS stations such that a user anywhere in Africa would have free access to GPS data. Its full implementation will include a unified vertical datum and support for efforts to establish a precise African geoid.

Sparse continuous operating reference stations (CORS) GNSS network has been established and managed by some member States, IGS and other partners. Data from the established CORS is already being received by the Hartebeesthoek Radio Astronomy

Observatory data centre in South Africa and by IGS. While the Windhoek Declaration envisaged that the stations would be owned and managed by national authorities, it also recognised that some countries might need various forms of assistance to install and/or operate the stations. Responding to the call for support, Leica and Trimble donated three and five reference stations respectively.

The initial years of AFREF were spent in demonstration phase where installation, operation, data dissemination and analysis capabilities are understood. This phase has ended in 2007 and the project has now moved into the implementation phase.

With the targets well ahead and the work progressing at a slow pace, the steering committee has taken up several initiatives like organising regular in-person meetings, partners’ forum, experts’ implementation symposia and policymakers’ workshops for effective coordination and implementation of the project.

Another important aspect of the AFREF project is making the raw data from the stations available to the designated computing centres and thereafter making the data products available to the users. To enable this, the steering committee is working on a data sharing policy.

Once, realised, AFREF has vast utility in geodesy, mapping, surveying, geoinformation, natural hazards mitigation, earth sciences, etc. Its implementation will provide a major springboard for the transfer and enhancement of skills and knowledge in surveying, geodesy and especially GNSS with its applications, paving way for the overall cooperation and development of the continent. Further, this fundamental reference system can increase the understanding of complex earth science systems and assist and facilitate in solving regional and global problems.

These two projects are ambitious and will take some years to realise. They will require commitment from each African country to be a success. The approach of involving African countries is sure to empower these countries to sustain the work once the projects have been implemented.

It will also ensure that they are appropriate for African conditions. What remains is to obtain the support of regional institutions such as the African Union Commission and the NEPAD Secretariat and the African governments. The Mapping Africa for Africa initiative is bringing all appropriate organisations of Africa closer together to contribute to the development of Africa. 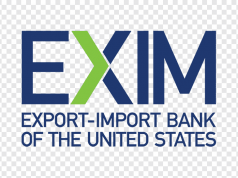 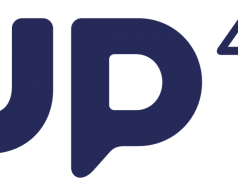