For 22-year old Austin Russell, founder and CEO of Luminar Technologies, it took an incredible amount of genius and 5 years of relentless hard work to establish Luminar Technologies; maybe the most promising company of the autonomous driving industry that can make autonomous cars highly safe, not with any cumbersome technology, but with a single laser.

Luminar’s LiDAR technology magically enables sensors to not only locate objects, but also analyze what they are. The technical concept behind it: the sensors measure millions of points per second, and put that resolution where it matters the most.

The system outsmarts the available systems by enabling the sensors to “see” farther than 200 meters at less than 10% reflectivity; normally systems can only see 30-40 meters out at 10%. This is achieved when the system operates at a new wavelength of light, i.e. 1,150 nanometres instead of present’s 905 nanometres. This enhances the LiDAR’s range ten times more and provides a resolution that is 50 times higher than the most advanced systems.

Much change has not been visible in the domain and Russell’s innovation comes as a refreshing change. The enhancements do not seem to end. While Current LiDARs have to use a separate laser for each line of resolution (“normally you’d need 64 different lasers and receivers”), Luminar’s LiDAR requires only one to create an almost 3D map. So, not only can it collect better data, but it’s also far less expensive to make.

“We’re aiming to help firms get dramatically fewer critical failures or disengagements,” Russell says. “This is the first sensor to meet the minimum specifications our customers have requested. You can’t send a car out and miss one in every 100 people.”

Companies such as Ford and Uber have pledged to put autonomous cars on the road by 2021. Russell says that if they’re going to be truly autonomous they’ll need to be using his technology. So confident is he in Luminar that he claims that it can accelerate the arrival of fully automated cars by as much as five to ten years. How will those cars compare to today’s? “We’re possibly thousands of times better at seeing edge cases such as a child chasing after a ball,” he adds. “Overall, when are those scenarios going to come up? Very rarely, but when they do, we’ll be able to see them.”

At the age of 12, Russell was sponsored by Intel to build a supercomputer. At 13, he settled on pursuing optics and photonics, because, the prodigy desired to see a product scale and be seriously deployed as something useful. At 18, he was bankrolled by PayPal co-founder Peter Thiel. Interestingly, he dropped out of Stanford (we are not sending any wrong signals here!) and began building Luminar. After five years of secret development, Russell is now ready to show the world his creation. Kudos! 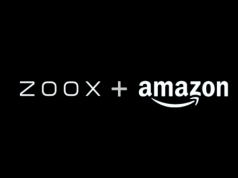