Abstract
Human interventions in the Tropical ecosystem and resultant loss of biodiversity have raised concern among conservationists in the recent past. The loss in biodiversity has been attributed to habitat loss and fragmentation of the natural landscapes. Fragmentation generally results in the remnant areas of native vegetation surrounded by a matrix of agricultural or other developed land. There in turn has important influence on the biota within the remnant patches, especially at the areas at or near the edge between the patches and the surrounding matrix. These consequences vary with the distance from the patches and connectivity with the other patches. The physical distances and influences modify the size, shape and the position in the patch and its constituents. To research and manage these characteristics of the patch the spatial and temporal understanding of the landscape is required. The present paper focuses on the fragmentation of the natural landscape of Himalayas and biodiversity conservation. The satellite remote sensing in conjunction with geospatial modeling (GIS + GPS technology) provide a platform for landscape characterisation. This paper presents the landscape approach for characterising the complexity of landscape boundaries by remote sensing in the North East India. Land use change, Landscape dynamics and Landscape characterisation has been observed from patch to regional level. Landscape analysis showed that the indices of shape, richness and diversity provided an additional evaluation of land cover spatial distribution within the complex mountain landscape. The landscape analysis has provided an outline of the degree of propagation of the disturbance from the non-biotic sources and fragmentation. It is revealed that fragmentation has caused loss of connectivity, ecotones, corridors and the meta population structure.

Introduction
Initially Natural Ecosystems and their functioning should be guiding factor for human activities in the biosphere. However, overriding priorities and the human activities modify the landscapes to suit their own needs. Within the tropical regions, examples of intensive human land uses include agriculture, industrial and settlement. These land uses dramatically alter the ecological character of the land where they occur, and they tend to be permanent modifications at ecological time scales.

The impact of any land use activity depends on (1) the degree of habitat modification and (2) the spatial extent and pattern of habitat modification. Spatial organisation of the landscape connectivity is important for sustained ecological functioning. Connectivity can exert strong influences on ecological processes such as the movement and dispersal of organism (Gardner et al., 1989), the use of resources by animals i.e. corridors (O’Nell et al., 1988), gene flow (Gilpin and Soule, 1986), and spread of disturbance. Changing the landscape patterns through fragmentation can disrupt ecological processes that depend on movement within the landscape.

Disturbance is a very common and wide spread phenomenon in nature and may be defined as a discrete event along time that modifies landscapes, ecosystems, community and population structure, changing the substrate, the physical environment and availability of resources (White and picket, 1985). It can be considered as a basic process responsible for many other processes, such as fragmentation, migration, local and regional extinction etc. Disturbance and fragmentation are two related processes with strong relationships and it is difficult to distinguish the role and rate of the interactions. Disturbance is driven by many factors and interacts with other processes acting in a more restricted context, such as fragmentation. Fragmentation has a strong influence on the dynamics and fate of material and energy moving across a landscape. The disturbance regimes can be measured by using different indices i.e., degree of fragmentation, fractal dimension, contagion, juxtaposition, evenness and patchiness (Li and Reynolds, 1994). Attempts have been made to develop disturbance indices in the landscape (Anon., 2001).

Recent advances in remote sensing and GIS have offered new opportunities for investigation at scales larger than in the past and contemporary research into processes and patterns occurring in the microcosm has reconfirmed the importance of small scales. It has led to a consequent enlargement of temporal scale which, in tracking back processes has allowed us to understand the environmental conditions of the past (Delcourt and Delcourt, 1988). The availability of data across scales has opened new possibilities for integrating patterns and processes, as recently stressed by Lubchenco et al. (1991). Satellite images can be considered as a very convenient tool to measure landscape patterns since they provide a digital mosaic of the spatial arrangement of land covers (Chuvieco, 1999, Coulson et al. 1990). Remotely sensed images can provide critical information on all these three components, but this work focuses on the first one. Size, shapes, perimeter, connectivity, orientation, presence of corridors, visibility or diversity of patches are variables critical for describing the landscape mosaic. Not much work has been devoted to the measurement of these variables from satellite images. Analyses of landscape fragmentation (Turner and Gardner, 1990) have been common goals in the use of satellite data for landscape pattern analysis (IIRS, 2000).

Landscape Change and their ecological implications

Land use change in Sonitpur (Assam)
Tropical regions around the world are currently undergoing rapid and wide-ranging fragmentation in land cover. The present case study has highlighted the ongoing large scale deforestation in the foothill region of Eastern Himalayas. Sonitpur district has been found to be most affected by this large scale deforestation. The spatial distribution of different forest type from 1994 to 2000 show that forests are undergoing massive reduction with time. The reduction in total forests is more from 1999 to 2000 than was observed from 1994 to 1999. 86.75 sqkm (1.70%) area of forest has changed from 1994 to 1999 while 145.44 sqkm (2.86%) has changed from 1999 to 2000. The major change has been due to deforestation. The conversion of forest areas is more towards non-forest category than into other land cover types. The area of semi evergreen forests has not changed considerably due to inaccessibility. No change in riverain forests was observed which could be attributed to considerable distance and also due to isolation and low cover area. The increase in grassland has also been due to conversion of moist deciduous forests and tropical semi evergreen forests. The increase in area of tea gardens is due to proximity of moist deciduous forest to tea garden areas. The change is also due to cutting of crop when mature. The expected loss in the biodiversity value is given in table 1 (Fig. 1).

The degradational activities viz. shifting cultivation clear felling of forests for timber and mining has altered the natural landscape to a great extent. This has resulted in fragmentation of the landscape and loss of many endemic species of the state (Haridasan and Rao, 1985). There has been significant increase in landscape variability during 1980 – 1995. The land transformations result in the alternation of natural habitats. These changes have brought in impacts like fragmentation, loss of biodiversity and degradation of sites. Spatial presentation of landscape dynamics can be used to infer disturbance regimes horizontally. Higher land cover dynamics has been observed in Garo hills showing more alternations in the landscape during the study period. For example unique plant species such as Cycas pectinata and in the states of Arunachal Pradesh, Meghalaya, Sikkim and Manipur do possess nearly undisturbed forests due to least biotic interference (Fig. 3).

The zone of ecological influences along and around road and settlements respectively was observed to regulate diversity. It was also observed that diversity is more at medium disturbance level. Accordingly, diversity is lower in the absence of disturbance as well in the presence of too much of disturbance. Landscape analysis concentrates on spatial arrangement of patches, their quality, juxtaposition and the proportion of habitat types that influence and modify the behavior of species populations and communities (Lidicker, 1995). Landscape analysis is an important component in determining the diversity of life forms since most of the ecological patterns and processes have unique shaping factors. Fragmentation is related to connectivity and corridors in wildlife science (Lyon, 1983; Kamat, 1986). Patchiness occasionally results in higher species diversity (Pickett and Rogers, 1995). Because of increased fragmentation, patch size and the edge effect is reduced, which in turn has reduced the species richness. Behera (2000) attempted to validate the findings and observed that fragmentation has got significant impact on species diversity.

Discussion
Tropical deforestation, degradation and the resultant loss in biodiversity have raised concern among conservationist in the past. The loss of biodiversity has been attributed to habitat shrinkage and fragmentation. North Eastern region of India is important for biodiversity conservation point of view because of its floristic richness and high levels of endemism (Chatterjee, 1939). The impact of fragmentation on biodiversity is significant and its study is crucial for taking corrective measures. This study also provides more consistent and accurate base line information than any of the conventional or satellite based study done so far for the region.

Forest and forest ecosystems of North-east India are under severe pressures, both from biotic and abiotic factors, due to population explosion, encroachments on forest lands, loss of forest cover for other non-forest uses, shifting cultivation practices and degradation caused by illicit felling, lopping for fuelwood & fodder, removal of forest cover for litter, forest fires etc. Given the rich biodiversity of this region, its conservation has become a major challenge. And this study has proved that space technology is providing this information in required and early times and has replaced the elaborate time-consuming land-based surveys. GIS and GPS technologies have been used for determining rich-areas in the region.

Most obvious causes of biodiversity loss in India have been habitat loss, over-exploitation, and introduction of invasive species and lack of national land use policy. The secondary factors which concerns the managers is unsustainably high rates of human population growth and natural resource consumption; inadequate knowledge and insufficient use of information and economic systems and policies that fail to value the environment and its resources.

It may be said that only with this level of understanding of biodiversity the long-term success of conservation policies is assured. The vegetation cover map of the district has provided the basic information for conservation and land use planning of the district. This study has created an information base, which will help design conservation schemes for long-term maintenance of biodiversity. The formulations of a practical conservation policy will involve a fuller consideration of human needs also. Conservation plans need to be so developed that they minimize restrictions on the people of the area. The disturbance map and biological richness map may help to plan and better manage possible nature reserves, to identify and implement buffer zones and to define multi-use areas where predominantly traditional practices can continue. 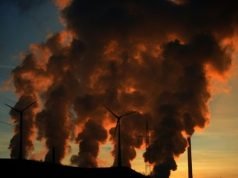 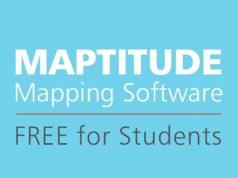