Dhaka was announced as the second worst liveable city in the world according to a survey by the Economist Intelligence Unit (EIU), affiliated with the UK-based weekly the Economist on February 14, 2010. Dhaka is now one of the world’s one of the fastest growing mega cities. In recent times, Dhaka has been challenged by numerous difficulties like unplanned urbanisation, extensive urban poverty, water logging, growth of urban slums and squatters, traffic jam, environmental pollution and other socio-economic problems.

The result shows that urban built-up areas will increase significantly. The major contributions for this transformation to built-up areas will be from water bodies and vegetation land cover types. The decision makers as well the city planners can initiate appropriate plans based on the outcome of this research. This kind of analytic research can be remarkable in making Dhaka a much liveable and planned city in near future.

Background
Dhaka, the capital of Bangladesh, is enriched with rich culture, history and heritage of about 400 years. Once upon a time, Dhaka was worldwide famous for its fine muslin (a kind of very smooth cloth), mosques and trade [1, 2, 3, 4]. Now Dhaka has turned into world’s one of the biggest megacities [5]. Dhaka is now world’s one of the most populous, most densely populated and most urban agglomerated cities [6, 7, 8]. It is going to be the world’s third largest city by 2020 [9].

Problem identification
Dhaka is attracting huge amount of migrants from all over the country due to better and well-paid job opportunities, better educational, health and other daily life facilities [5 and 9]. The kind increasing population pressure is putting adverse impact on Dhaka city like converting wetlands/natural vegetation/open space/bare soil to urban built-up areas [5, 10, 11]. If the population and urban growth trend of Dhaka city continues over the next few decades/ centuries (Figure 01 and Figure 02), then it is clear how spontaneously the city is growing. If this situation continues then Dhaka would soon become an urban slum with the least livable conditions for the city dwellers. Objective
The objective of this research is to predict the future land cover change of Dhaka City.

Study area profile
The proposed study area for this research is Dhaka City Corporation (DCC) and its surrounding impact areas (Figure 03). DCC comprises of 90 wards (Figure 04). The study area covers old Dhaka, the oldest organic core part of Dhaka city, the planned areas and even the unplanned new generation organic areas that is called ‘informal settlements.’ This area almost covers the biggest urban agglomeration and is the central part of Bangladesh in terms of social and economic aspects [5, 6, and 10]. Therefore, this area has huge potential to face massive urban growth in near future.

Data collection
The Landsat satellite images (for the year 1999 and 2009) have been downloaded from the official website of U.S. Geological Survey (USGS). For the purpose of ground-truthing the base maps (for the year of 1995 and 2001) have been collected from the Survey of Bangladesh.

Landsat path 137 row 44 covers the study area. Map projection of the images is Universal Transverse Mercator (UTM) within zone 46 N– Datum WGS 84 and the pixel size is 30 meters [12]. The band combination used for the base Landsat satellite images (Figure 05), is 432 (RGB). Figure 05: Dhaka City Corporation and its Surroundings
Methodology
To predict the future land cover of Dhaka city, remote sensing techniques have been used. The false colour composite (FCC) of RGB= bands 4, 3 and 2 has been chosen for this research (Figure 06).

Five land cover types have been identified for this research (Table 01). The training sites developed for this research are based on the reference data and ancillary information collected from various sources as mentioned earlier. The supervised image classification method is applied.

After this step, few misclassifications have been observed in the classified land use images of Dhaka city. In most cases it is really difficult to separate water bodies and low/cultivable lands categories. The reasons may be the seasonal variations of the satellite images for different years and the similar spectral properties of land covers in some cases.

A 7×7 median filter has been applied to generalise the fisher classified landuse images. This post-processing operation replaces the isolated pixels to the most common neighbouring class [14]. Finally the generalised image is reclassified to produce the final version of land cover maps for different years (Figure 07). 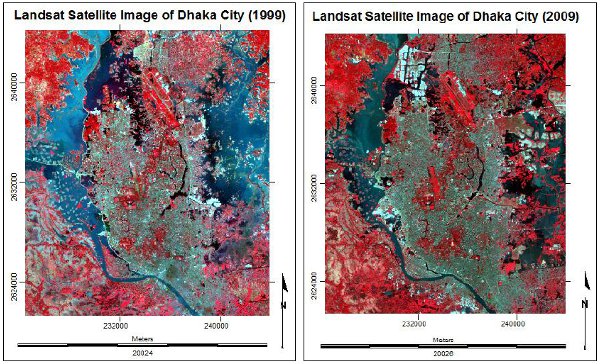 Table 02: Summary of Land Cover Classification Statistics between 1999 and 2009
From Table 02, it is clear that over the years built-up area has increased distinctly. It is also noteworthy that there is an evident decrease in vegetation and low land. The water body has increased slightly and loss in fallow land is also found. It is now possible to predict the land cover change map of Dhaka city using Markov Cellular Automata (CA_Markov) modelling.

CA_Markov modelling
In Markovian processes the future state of a system in time t2 can be modelled based on the immediate preceding state; time t1 [14]. A Markov chain is a random process where the following step depends on the current state. Markov produces a transition matrix (Table 03), a transition areas matrix (Table 04) and a set of conditional probability images by analysing two qualitative landuse images (Figure 08) from two different dates (1999 and 2009) [13]. In both tables (Table 03 and Table 04), the rows represent the older land cover classes and the columns represent the newer land cover categories. Here class_1 to class_5 chronologically represent built-up area, water body, vegetation, low land and fallow land respectively. Table 03 shows the probability that each land cover category will change to other categories in 2009.

Table 04: Cells Expected to Transition to Different Classes
Table 04 represents the number of cells/pixels (30 m × 30 m) that will be transformed over time from one land cover type to other types.

After analyzing Figure 08, it is clear that most areas will convert into built-up area (class_1). The Markovian Conditional Probability of being class_1 ranges to 0.61 which is the highest among all land cover types. This probabilistic prediction is dependent upon the past trend of the last ten years (1999-2009). There it is found that most areas are being converted to built-up areas and this Markovian conditional probability images are following the same trend that is observed from the past.

Proximity (areas will have a higher tendency to change to a class when they are near to existing areas of the same class) is one of the basic spatial elements of many land change events [13]. These can be very effectively modelled using Cellular Automata (CA). A cellular automaton is a cellular entity that independently varies its new state based on its previous state and that of its immediate neighbours according to a specific rule. Cellular automata consider the composition of associations of pixels around one pixel [14]. Clearly there is a similarity here to a Markovian process. Markovian process only depends upon the previous state. Cellular Automata depend not only upon the previous state, but also upon the state of the local neighborhood. It integrates four basis components: grid cells, rule, state and neighbour [14].

Markov Analysis provides no sense of geography or it has very limited spatial knowledge. On the other hand, Cellular Automata adds spatial character to the model [13]. CA_Markov combines both the concept of Markov Chain Analysis and Cellular Automata Modelling [13]. Therefore, combining both Markov Chain and CA (CA_MARKOV) will be much more accurate and logical for predicting the future land cover change for a certain area. CA_Markov is useful for modelling the state of several categories of a cell based on Markov transition areas matrix; transitional suitability images and a user defined contiguity filter [13, 14, and 15].

The estimating year is 2020 (t2) that is based on the transitional years 2009 (t1) and 1999 (t0). Therefore for this research purpose, 11 iterations are considered for future prediction. Figure 08: Markovian Conditional Probability Images
In this research, a 5×5 mean contiguity filter has been used (Figure 09). This kind of CA contiguity filter rules out to change landuse randomly. It adds some spatial character to the model [13]. 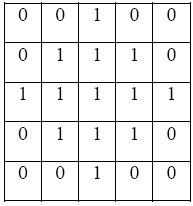 Figure 09: The 5×5 Mean Contiguity Filter for CA_Markov Modelling
Distance and suitability images
These suitability maps are prepared based on Multi Criteria Evaluation (MCE) process where fuzzy set membership is used for standardising criteria [13]. For this research purpose, the factors or land cover constraints have been standardised to a continuous scale of suitability from 0 (the least suitable) to 255 (the most suitable). The 0-255 range provides byte data type [14]. Figure 12: CA_Markov Projected Land Cover Map of Dhaka City (2020)
The city will expand on south-eastern and north-eastern parts in 2020 (Figure 12). Over the years built-up area will increase intensively (Table 05). Water body and vegetation will decrease. On the other hand, fallow land will increase significantly. Therefore the primary concern will be the change in built-up areas.

Figure 13 illustrates the different land cover types that contribute to convert into built-up area both in graphical and quantitative forms.

Table 05: Summary of Land Cover Classification Statistics between 2009 and 2020 Figure 13: Change in Built-up Areas over the Years (2009-2020) [Unit: sq. Km.]
From Figure 13, it is clear that water body will convert into built-up areas most (almost 10 sq.km.). Vegetation will also be significantly changed into built-up areas (approx. 4 sq.km.). There will be also be a significant contribution from low lands and fallow lands.

This analysis proves that over the years (2009-2020), the urban built-up areas will increase notably in Dhaka city. The major contributions for this transformation to built-up areas will be from water bodies and vegetation. This analysis is based on the past trend (1999-2009) of land cover change. Therefore the urban planners should place high emphasis on land cover change pattern of Dhaka city.

Conclusion
Dhaka is one of the fastest growing cities in the world. Many parts of this city are unplanned. This kind of research will contribute shaping the urban form of the city in a planned manner. The decision makers as well the city planners can initiate appropriate plans based on the outcome of this research. This kind of analytic research can be remarkable in making Dhaka a much more liveable and planned city in near future.