North Korea is reported to have more than thousand missiles of varying capabilities, ranging from short-range (120 km and above) to long-range (greater than 5,500km). The country is believed to have developed its missile programme from Scuds, which it received from Egypt in 1970s. The following decade saw North Korea build its own Scuds – the Hwasong-5 and Hwasong-6, and a medium-range missile, the Nodong. These technologies are said to have been extensively used by the country in building its long-range missile, Taepodong.

After three failed attempts, North Korea successfully launched the three-stage space launcher version of Taepodong-2, called Unha in North Korea, in December 2012. Taepodong-2 or Paektusan-2 is also a two to three-stage ballistic missile. Even though space launches and missile launches follow slightly different trajectories, the basic technology used in the two is the same. Hence, there is a growing fear among the US that North Korea’s long-range missiles can one day target their country. 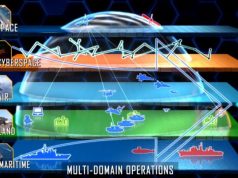 After criticism, Pentagon’s AI Project ‘gets support’ from tech world